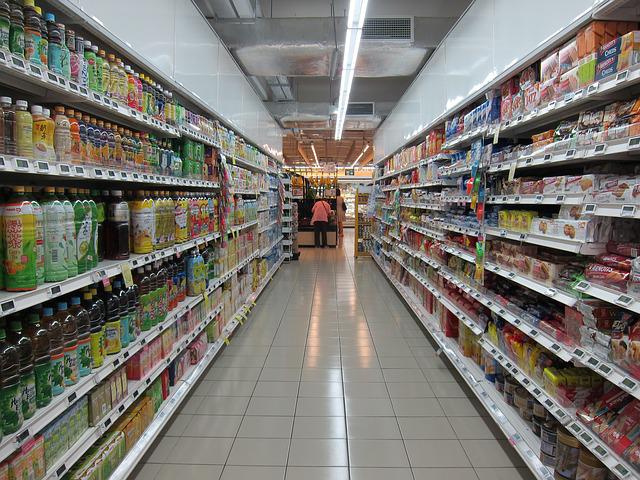 In July, it was more expensive in stores by an average of over 18 percent compared to July last year – according to the latest “Index of prices in retail stores”. All of the 12 analysed product categories went up, the most – by over 50 percent – fat products. According to experts, it will not be better for now.

According to Dr. Robert Orpych from the WSB University in Chorzów, the inflation spiral has already started for good and further increases should be expected. – It is influenced by internal and external factors. The pandemic-induced increase in manufacturing costs is still being felt. High prices in the world do not go unnoticed in our country. Rising energy and fuel prices are in the foreground, he pointed out.

As he noted, on the one hand, there is a very high demand for some goods and services, and on the other – limited availability of some goods. – Everyone is expecting a drop in inflation, but there is no mention of the fact that in many cases earlier prices will not return to the previous level – the expert estimates.

According to prof. Marian Noga from the WSB University in Wrocław, NBP increased the supply of money in circulation without increasing the supply of goods and services. Research shows that when wages and other incomes rise faster than labour productivity, the markets take advantage of the situation and start driving up prices of literally everything.

As a result, employees are demanding pay increases. Employers, in order to stabilise production, give them and increase prices again. This is how a spiral of prices and wages arises, which can only be stopped by the cessation of issuing additional money – he explained.

The analysis shows that in July this year. once again the most expensive y/y. fat products – an average of 50.4 percent In this category, the prices of margarine increased the most – by 54.3%, and oil by 50.5% and butter by 46.3 percent.

According to Orpych, a significant increase in the prices of fat products was observed in Ukraine before the war. – The armed conflict only aggravated this phenomenon. In addition, accelerating inflation has made food production more expensive, and the main determinant here is the increase in energy and fuel prices, as well as the costs of purchasing raw materials, packaging, fertilisers and transport – he mentioned. He added that, in line with the announcements of the food industry, this is not the end of the increases.

The analysis shows that by more than 30 percen. year on year, the so-called other products. In this category, the prices of dog and cat food became the most expensive – by 51.6 percent, respectively and 29.3 percent According to the authors of the analysis, the increase in animal feed prices is clearly associated with rising costs of meat, grains, fat products, feed, nutrients, logistics and energy. In their opinion, “the dynamics of price growth in this category will not slow down quickly”.

Bread and meat up sharply too in July

The third fastest growing category of food products in stores was bread, which in July increased by an average of 28.2 percent. yyyyy The price of bread increased by 29.1 percent.

Meat was placed just behind the podium of the most expensive categories, with prices rising on average by 24.5%. yyyyy (beef by 36.9 percent, poultry by 19.4 percent, pork by 17.1 percent) According to an expert at WSB in Chorzów, meat is an extremely important category – many Poles cannot imagine their menu without it. – On the other hand, high meat prices will have a strong impact on the consumption level – estimates Orpych.

According to the analysis, in July on average over 20 percent y / y, loose products became more expensive. In this category, the prices of pasta soared the most – by 32.1%, flour – by 31.8%. On the other hand, sugar, which has recently been loud in the context of its lack, has increased by 20.6 percent.

– My observations show that Polish farmers do not include all their work in the costs. Only when high inflation occurs do they boldly calculate it. The increase in the price of flour means that bread will soon become even more expensive; the majority of the society, not wanting to give it up, will demand further wage increases – pointed out prof. Leg. In his opinion, the inflation spiral will continue to develop.

The analysis shows that the price of vegetables was the lowest in July – on average by 7.7% per year. At the same time, onions became cheaper by 13.1 percent, potatoes this year cost 1.2 percent less. than a year ago. On the other hand, cucumbers went up 29.3 percent.

According to Orpych, in the coming months, prices will grow faster in those categories where production costs are more closely related to energy and fuel prices. Prof. Noga, however, forecasts that the situation will definitely worsen in November and will be very difficult for many Poles in December this year and in Q1 2023

In total, nearly 24 thousand.retail prices from almost 40 thousand stores belonging to 63 retail chains. The research covered all discount stores, hypermarkets, supermarkets, convenience and cash and carry chains operating in 16 voivodeships on the market.