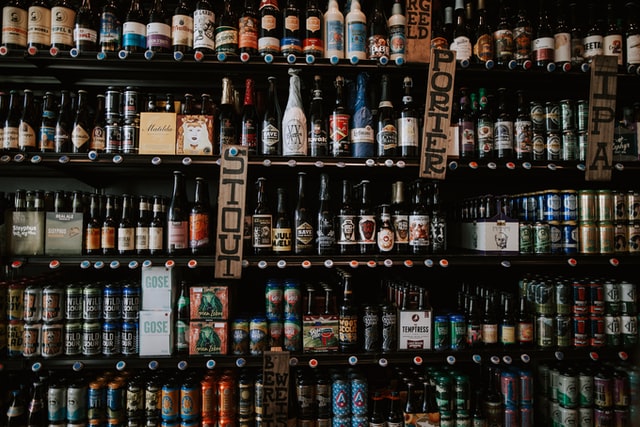 First the coronavirus, at the beginning of the year the war in Ukraine, and now inflation are killing producers and entrepreneurs who sell beer. Tax burdens, production costs and industry debts are increasing. Meanwhile, beer sales are falling month by month.

The beer industry is drowning in debt

During the year, the arrears increased more than fourfold, according to the data of the BIG InfoMonitor Debtors Register. Breweries, small specialised stores, and bars, pubs and other establishments whose revenues depend on the sale of beer have problems. The main reason is the pandemic, and recently the prices in stores have been skyrocketing. By tightening the seat belts, we give up beer first.

The Association of Employers of the Brewing Industry – Polish Breweries reports that last year, 2021, the industry recorded the largest drop in volume in ten years and the first drop in value since 2017.

The first quarter of 2022 brought another, this time 4%. drop in beer sales in terms of quantity. The bad situation is confirmed by the data of the BIG InfoMonitor Debtors Register. At the end of March 2020, the total arrears of beer producers amounted to less than PLN 1.4 million. By the end of May 2021, it had increased to PLN 3.5 million, at the end of May 2022 – it was already PLN 22 million. Year on year (May 2021-May 2022), the industry’s debts increased by over 500%.

Poles don´t go to the pubs that often

Falling sales cause problems for other companies. CMR’s analysis shows that beer is responsible for 12 percent. turnover in terms of value and 24 percent in terms of the number of transactions in stores up to 300 sq m. In the case of supermarkets, it is respectively 3.5 percent and 12 percent The sale of stimulants, such as beer and cigarettes, accounts for a significant part of the revenues, and as research for BIG InfoMonitor has shown, nearly half of us want to reduce the amounts spent on stimulants.

Commenting on the growing indebtedness of the industry, Sławomir Grzelczak, president of the BIG InfoMonitor Debtors Register, cited research which shows that in the first place we limit expenses on going out to restaurants, eating out and entertainment such as cinema, theatre or concerts (54%).

Expenditures on stimulants are also high on the list, which they want to reduce by 46%. of us. We are talking about cigarettes and alcohol, which also means beer – indicates the president of the BIG InfoMonitor Debtors Register.

In addition, for financial reasons, one third of Poles do not plan a longer holiday trip this year. This is very bad news for the industry, because it was during the holiday season that she earned the most.

The pandemic has “cut the wings” of breweries

Industry indicates the problems started in a pandemic. According to NielsenIQ data, in 2021 the volume of beer shrank by more than 4 percent. The exceptionally cold springTax and lockdowns, which delayed the start of the beer season, contributed to this. Retail outlets also suffered, especially small-format stores, where last year beer sales fell by 2.5 percentage points.

Another blow: excise tax increases. The Association of Employers of the Brewing Industry – Polish Breweries indicates that from 2020 the tax office has twice increased the tax by 10% each time. As if that were not enough, by 2027 the excise duty on beer is to increase by 5% every year.

In addition to growing fiscal burdens, industries are driving up higher production costs. Their source is the highest inflation in 25 years, which translates into much higher than a few months ago prices of energy, transport, raw materials, packaging and labor.

It is hardly surprising that the Association of Brewing Industry Employers – Polish Breweries appealed to the government to abandon plans to increase excise duty, arguing that the increase in costs combined with inflation will mean a long-term downward trend on the beer market.

Sławomir Grzelczak points out that it may be a certain consolation that although the industry’s indebtedness is increasing, the percentage of unreliable debtors is not growing.

In March 2020, nearly 12 percent were listed in the BIG InfoMonitor Debtors Register and the BIK credit information database. companies involved in the production of beer, in May 2022 their percentage was just over 8 percent. In the case of shops, it was a decrease from 12 to less than 11%, while in the case of establishments such as beer houses and pubs – from less than 6 to 5%. – lists the president of BIG InfoMonitor.

Consumption in Poland higher than expected, but sentiment is weak

23/05/2022 0
Retail sales in April broke the forecasts of economists, but they dampen the optimism anyway, forecasting deterioration of results in the coming months. Research...
Go to mobile version