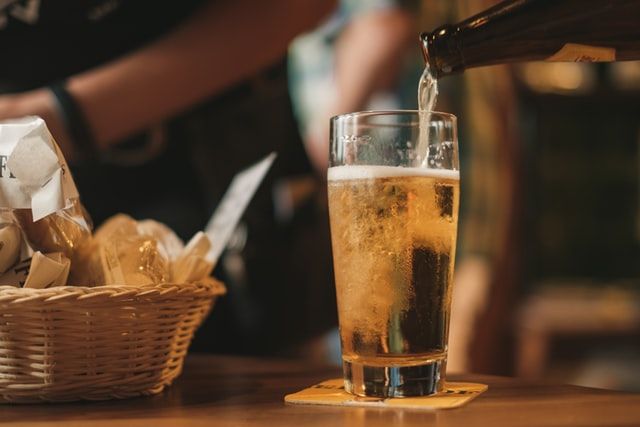 The year 2021 was the third consecutive year of decline in beer consumption in Poland, and the lowest in a decade. During this period, the market shrank by as much as 5 million hectoliters. Last year, consumption was one billion bottles lower than in 2018. At the same time, for the first time since 2017, the brewing industry recorded a decline in the market value. Weaker sales were accompanied by soaring production costs and excise tax increases.

“We found ourselves in an inflation-excise trap.The excise tax increases, which were recorded for the following years, should be verified, because decisions in this matter were made under different conditions, and now the situation has changed radically for the worse. Otherwise, the market will face a further decline”,  says the Union of Brewing Industry Employers – Polish Breweries.

“2021 was a very difficult year for the brewing industry. It was the third consecutive declining year in terms of the amount of beer sold on the market” say Bartłomiej Morzycki, general director of the Association of Brewing Industry Employers Polish Breweries.

According to the NielsenIQ report, the segment that pulls the market down and contributes most to the decline in both value and volume are alcohol lagers, which account for over 80 percent of the market of the entire beer market and are struggling with the biggest and deepest drops.

The segment of strong alcohol lagers has been declining even more, for several years now. On the other hand, non-alcoholic beers are at the other extreme. In 2021, the value of their sales reached 1.17 billion PLN, which is 157 million PLN more than in the previous year.

“The premiumization trend is definitely worth mentioning. We can see that the top and ultra premium segments are developing dynamically, with a simultaneous decline in economy, i.e. the cheapest ones.

We have a more than two-digit decline in this segment, which means that consumers buy and consume less and less cheap beer, with simultaneous premiumization, i.e. an increase in the most expensive segments “,  says Marcin Cyganiak, commercial director of NielsenIQ in Poland.

Last year, by more than 20 percent the sales of top and ultra premium beers increased, however, compared to mass lagers, they constitute a small segment of the market. The other price segments (economic and mainstream) ended the year with negative results.

“Another observed trend is the increase in the category of flavoured beers and specialties. Here we are dealing with much more positive results than with the classic alcohol lager” , says the NielsenIQ expert.

Another very important trend that we have been observing for several years is that less and less alcohol is delivered to the market in the form of beer. It is the result of several factors: a decrease in interest in strong beers with a simultaneous increase in the sale of non-alcoholic beers and a systematic decrease in the alcohol content in beer.

In the record-breaking 2018, a statistical Pole drank almost 100 litres of beer and it seemed that nothing was standing in the way of further market development, especially since there were trends that were favourable from the social point of view: dynamic growth in the category of non-alcoholic beers, decline in the consumption of strong and low-alcohol beers.

Even when consumption fell slightly quantitatively in 2019, which was due to the lack of large mass events and weaker weather than in 2018, thanks to the above-mentioned trends, the value of sales increased anyway.

But then came the pandemic, and with it months-long lockdowns, the closure of gastrostomy, the cancellation of mass events and restrictions on tourism. COVID-19 has also caused significant changes in the purchasing habits of Poles for the brewery market.

“Consumers started shopping less often, but more. They went to large stores more often, especially discounters, and less often they did shopping in small stores, in this traditional channel of Polish trade, and it is in these smallest establishments that 2/3 of all beer is sold in Poland” –  says Bartłomiej Morzycki.

Inflation and taxes are other negative factors

“Next to the pandemic, the second negative factor was inflation, which is accelerating. We were dealing with an unprecedented situation, a sharp increase in virtually all costs of beer production, from raw materials to packaging, along the way, energy, gas, fuel, transport, and labour costs. All the components of beer production grew very rapidly.

In addition, there have been excise tax increases, which are another inflationary impulse, which inevitably translates into the final price of beer, and this in turn – reduces demand. In 2021, the value of sales decreased by 0.9%, for the first time since 2017.

“In 2021, excise tax revenues fell to the level of 2019, there is no trace of the excise tax increase in 2020, which was to bring 10 percent to the budget. more. It did not bring, because the market fell.

The same will be the case with this year’s increase”, -says the general director of Browary Polskie in a prediction. “We must return to the growth path, but before that happens, stabilise our business, have a moment of regulatory calm so that the market can somehow deal with the negative phenomena it is experiencing”.

Under these circumstances, the brewers are calling for the plans to further increase the excise duty by 5% to be withdrawn by 2027. They see a chance for better results in 2022 in the end of pandemic restrictions and in a more cheerful beer season than a year ago.

Analysis: In July, prices in Polish stores increased by an average of 18.6 percent

Difficult to calculate costs when working remotely in Poland. Can cause...

04/07/2022 0
The regulations regarding working remotely in Poland, expected for over two years, contain certain solutions that may prove difficult for employers to implement. Ultimately,...
Go to mobile version