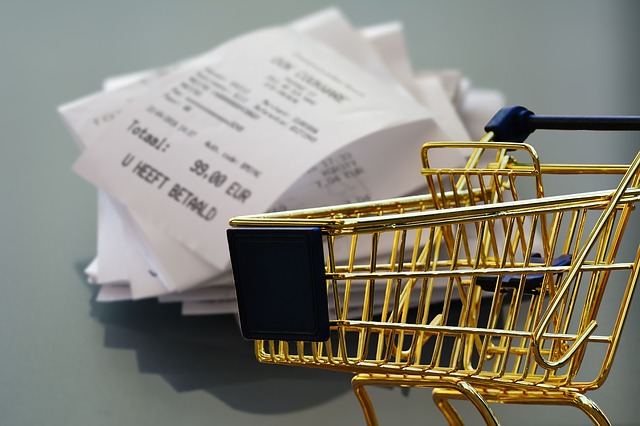 During the month from May to June, prices increased the most in the Internet supermarkets and at Carrefour, while in Selgros they fell the most. Lidl is over PLN 10 cheaper than Biedronka, and Auchan (who still is operating in Russia) from Lidl by over PLN 11 – such solutions are provided by the latest Shopping Cart.

In June, the average price of the Shopping Cart, the value of which is calculated every month by the ASM Sales Force Agency, increased by PLN 5.69 to PLN 246.75 only during the month. Eleven out of thirteen chains raised prices. The biggest increases were paid to customers by online grocery stores – by 17.41%, while Carrefour turned out to be the leader of the increases in traditional stores, which increased prices by 5.26%.

Selgros Cash & Carry turned out to be the leader of the decline by 13.41 percent. We would like to remind you that inflation – and on an annual basis – in June amounted to 15.5 percent.

Auchan is the cheapest among Polish supermarkets

The cheapest shopping in June could be done in Auchan. The average cost of a shopping cart in French chain stores is PLN 216.20, which is PLN 1.92 more than a month ago. Lidl was second, Selgros Cash & Carry was third, and Biedronka was fourth. The differences in the average price between the first and second, third and fourth stores amounted to PLN 11.27, PLN 20.96 and PLN 21.53, respectively. Lidl turned out to be cheaper than Biedronka by PLN 10.26.

Online shopping is at the other extreme. When shopping online, you had to pay PLN 286.08 for the same set of products, up 32 percent more than the cheapest Auchan.

In annual terms, an increase in prices was observed in all analysed networks. In the e-grocery options, they wish for the same purchases by 13.48 percent. more, in Intermarche by 11.30 percent, and in E.Leclerc by 10.29 percent. But the most expensive was Carrefour, where the average basket price in June 2022 was 15% higher (PLN 32.21) than last year.

ASM Sales Force Agency examines the prices of the same 40 products in 13 retail chains, both in traditional and online stores. For the purposes of the Shopping Cart report, the prices of the most popular FMCG products from the basic categories (i.e. dairy products, meat and cold cuts, beverages, sweets, beer, household chemicals, cosmetics and others) were analysed.

Food prices went up, fat products rose the most

A record increase in prices per year was recorded in the category of fat products by 85.87 percent. Dairy prices went up by nearly 21 percent, beer and stimulants by nearly 19 percent, loose products by less than 12 percent, and meat, cold cuts and fish by 11 percent. The price of sweets was the lowest at 1.49 percent.

If the cheapest products offered in the surveyed stores were added to the basket, we would pay only PLN 192.19 – PLN 4.09 more than in May. However, for the basket of the most expensive products – PLN 295.77, PLN 25.08 compared to May). Interestingly, the difference between the cheapest and the most expensive basket in June 2022 was PLN 103.58 and was PLN 29.17 lower than in May.

Patryk Górczyński, Managing Director of ASM Sales Force Agency, believes that such high food prices will make customers look for stores with the cheapest products even more actively than in previous months.

We expect large retail chains and discounters to see more and more traffic. Only they can actively influence the prices of products thanks to long-term contracts concluded directly with food producers. In our opinion, this increased interest in shopping in retail chains will be felt this summer – the expert argues.

A sharp increase in revenues from the export of Polish food....