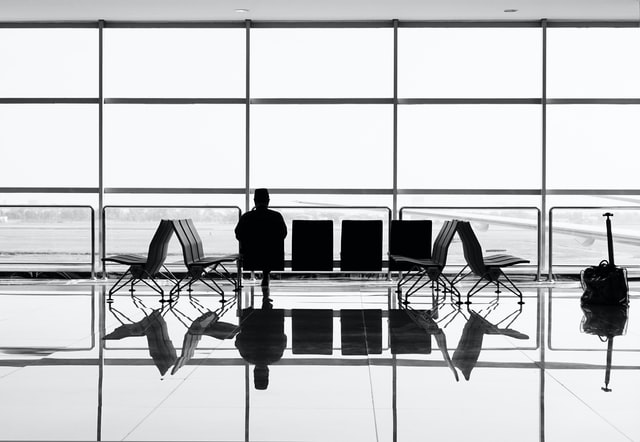 As many as over half of flights at Chopin Airport have been delayed by more than 15 minutes since the beginning of July. There is also a difficult situation in ground handling, where there are too few employees.

This year’s holidays at European airports are marked by delays and flight cancellations. The same problems did not spare the largest airport in Poland. Most connections at Chopin Airport are delayed.

According to the information provided by the press office of the capital port, a total of 2,764 flights (out of 5,265 in total) were delayed by more than 15 minutes from 1 to 11 July. That is 52.5 percent of all flights – both departures and arrivals.

The percentage of delays at take-offs is greater than at landings, and amounts to  61 percent.

In an interview, the spokeswoman for Chopin Airport, Anna Dermont, explains that while operations in the morning take place even ahead of schedule, during the day, due to the situation at other European airports, planes are delayed.

Not the worst regarding flight delays

Dermont points out that it is not the capital’s port that is causing the delays.

– Compared to other European ports, Chopin Airport is doing well. Only 3 percent delays vary by airport. In more than half of the cases, they are due to limitations in international airspace capacity or delays at other European airports, says Dermont in an interview.

There are also not many cancelled flights. On Monday, July 11, it was just under 3 percent of all flights.

When a plane leaves Paris with a delay, for example, the entire net collapses. It’s a domino effect.

– The European aviation mesh is a bit of a system of connected vessels. In a situation where there is a delay, it cannot be made up for on a short route, and the plane loses the so-called slot also for further flights. We observe such situations that the planes are ready to take off on time, but this is not possible due to the lack of a slot – he adds.

Where did these problems come from? During the pandemic, when air traffic was limited to the most important connections, and at one point completely frozen, up to 600,000 jobs in the aviation industry in Europe could leave. people .

Now they are needed again to serve completely new or reactivated air routes. However, hiring them takes time. Sometimes, as in France, even 5 months. And workers are needed “for yesterday”.

In Poland, a potential employee who has access to restricted areas must wait approximately 2.5 to 3 months before being hired. The mere issuance of an airport pass based on the candidate’s verification takes about 3 weeks.

A difficult situation prevails in handling companies that deal with ground handling of aircraft: cleaning machines or reloading luggage.

The largest of them is the state-owned company LS Airport Services (LSAS), operating at several airports in Poland. Before the pandemic, the company employed over 2,000 people in the capital’s port. people. At Chopin Airport, it handles most (over 77%, according to the state before the pandemic) of all flights.

– There is a dramatic shortage of people to work, which means that the superiors are constantly bending procedures – tells us a long-term employee of LSAS. Due to the tense situation in the company, he wants to remain anonymous.

– Very often you have to handle 2 or 3 planes at the same time. It is a huge burden for us, we work under great stress and time pressure – he says.

Indicates that there are times when the plane leaves without luggage .

– Sometimes we do not deal with packing the mail, incidentally, some planes are cleared empty – he says.

Passengers are getting nervous

As an LSAS employee points out, such a situation has been going on for about half a year, when the interest in travel returned after the pandemic.

In Poland, training for a ground handler, depending on the function, may take up to 3 months. At that time, the company was supposed to recruit, but it was unable to keep employees permanently.

So there is a huge rotation in the company.

– People are hired, but they leave quickly, because the theory they learn during the first month of training has nothing to do with what is happening on the album. It is difficult, nervous, we have an excess number of duties, too many flights to handle – says our interlocutor.

– There were situations when airport employees were physically attacked by nervous passengers, those with flight delays threw their fists and threw bottles. There is no passenger service at the gates that could protect us – he adds.

Industry is reluctant to respond

We asked LS Airport Services about the difficult situation in the company.

– The aviation industry has had a difficult two years due to the Covid-19 pandemic. Staff shortages at European airports undoubtedly translate into a huge scale of irregularities. As a handling agent, we make every effort to ensure smooth service, which is why we started preparations for the summer season at the beginning of the year – says Aleksandra Michalska-Fronczykowska, manager at LSAS.

Michalska-Fronczykowska does not directly answer the question about planes departing without luggage.

– We recorded several flights in which the plane came to us without luggage from the ports experiencing the greatest difficulties due to the lack of staff – he adds.

As he says, the company is intensifying its recruitment activities, but emphasises that hiring employees is time-consuming.

We wanted to talk about the difficult situation in Polish handling with the trade unions “Konfederacja Pracy” operating in the LSAS. These, however, refused to make any contact.

We know from the information from the Chopin Airport press office that LSAS has joined forces with another, smaller trading company operating in Polish ports. This is Welcome Airport Services.

– LS has bigger problems than Welcome, they have signed a mutual agreement of cooperation and if there is a situation that one of the agents cannot cope with, he can ask another – it says.

It was bad, now it gets worse

But there was a shortage of resources at handling companies long before the pandemic.

According to the report prepared in 2019 by the TOR Economic Advisors Team: “Employment in aviation. Education as a response to the needs of the industry ”, aviation generated about 65.5 million jobs worldwide, and in the next 20 years this number may increase by 100 million.

As we read in the report: – In the next 20 years, the demand for aviation technicians will increase to 769000 globally. Aviation will need 804000 new pilots and 914000 cabin crew members. Only until 2022 there will be a demand for another 83000 handling company employees.

Systematic increases in the number of air passengers will soon result in a huge demand for the employment of new employees related to aviation: mechanics, cabin crews and ground handling workers.

19/09/2022 0
Almost 13.5 million bicycles were produced in European Union factories in 2021. Poland has a significant share in this with production at the level...
Go to mobile version