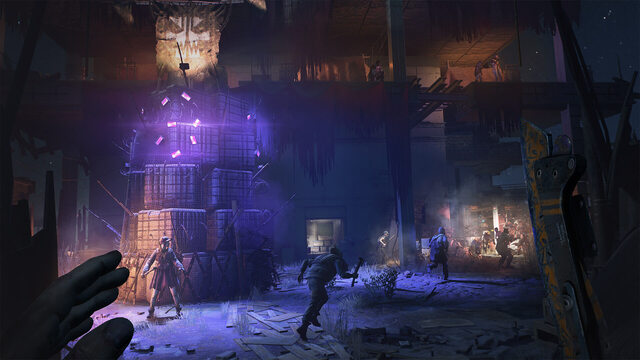 Techland has overtaken CD Projekt – the current king of the Polish computer game development industry. The company has been on a streak recently.

Although the debut of Techland from Wrocław on the WSE has long been discussed, the company is still outside the stock exchange, so its exact value is difficult to estimate. As calculated by “Puls Biznesu”, analysing the remuneration for the redemption of shares voted this year, it may be around PLN 10.6 billion. And this means that the Polish gaming industry has a new king.

So far, CD Projekt has sat on the throne of Polish gaming. After the very good reception of the “The Witcher” series and before the long-awaited “Cyberpunk”, the share price was over 460 zlotys. In 2020, the total value of the business was estimated at about PLN 40 billion.

However, after the premiere of “Cyberpunk”, which turned out to be a disappointment for many players, the company’s shares are systematically falling. More mischievous commentators even claim that the company put more effort into hiring Keanu Reeves than refining in-game mechanics, which either never appeared in the game or were replaced with very annoying caricatures of mechanics. Today, the entire business is worth less than PLN 10 billion. On Thursday, you had to pay less than PLN 98 for the share.

Techland is the new king

Techland in Wrocław has recently had a much better streak. In February, the company released the second part of the game “Dying Light” , which was immediately hailed as a hit. A month after the premiere, on the Steam platform, the game had 77 thousand. opinions, of which 89 percent. positive.

The company from Wrocław is not letting go and is already announcing another high-budget production. This time it will be a fantasy action RPG. So far, the company has only shown one concept art, but it was enough to whet the players’ appetite.

For the first time in 3 months, there are more apartments for rent in Poland

Battery technology developed in Poland may revolutionise this market