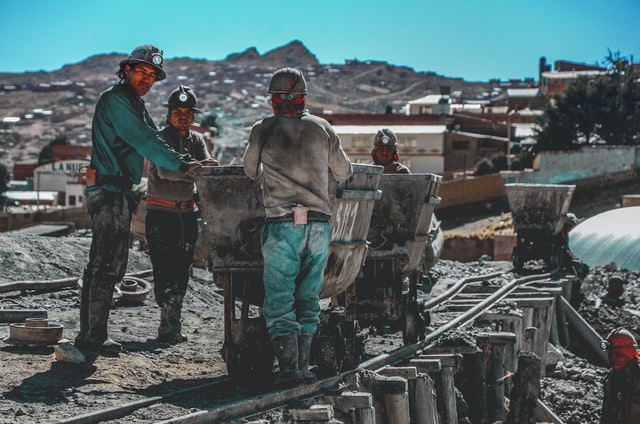 The unions of “Solidarity Górnicza” did not receive a reply from Deputy Prime Minister Jacek Sasin, so they entered the headquarters of Polska Grupa Górnicza in Katowice on Monday and occupied the conference room. The trade unions have three demands and have announced that they will not leave PGG’s headquarters unless negotiations begin.

Last week, representatives of five trade unions operating in the Polish Mining Group   made a request to Deputy Prime Minister and Minister of State Assets Jacek Sasin for an “immediate meeting” devoted to “the basic topics bothering the staff of the largest power and heating coal tycoon in Poland“. The deputy prime minister did not reply to this letter, which is why several dozen trade unionists came to the PGG headquarters on Monday to protest.

The miners are demanding talks on three main topics. First, they want to hear the government’s plans for mining. Miners are primarily interested in investing in new deposits and hiring new employees. It is connected with pressure from the government to increase the use of coal.

Second, unionists would like to negotiate coal prices. “Compared to the average ARA prices, PGG sells its coal at outrageously low prices, in particular to the commercial power industry,” reads the Solidarity press release. According to trade unionists, the prices should be higher.

The third and most important issue for miners is increasing the salaries of PGG employees, which will be a response to record inflation and an increase in food and  fuel prices. Trade unions note that such wage agreements have appeared in other coal companies.

– First of all, we would like to talk about wages increasing by the amount of inflation. This is one such point that we will definitely not let go of. Inflation is soaring for us – explained one of the trade unionists to the RMF FM reporter .

Occupation of PGG “until the effect”

In a letter to Sasin, trade unions wrote: “We are asking the prime minister to take our speech seriously. Today we want to settle our urgent matters in talks at the table. from the Act on Trade Unions “.

The deputy prime minister’s lack of reaction to the trade unionists ‘letter led to the appearance of miners’ representatives at the PGG headquarters. Several of them hung union flags and banners in front of the building.

– We’ll stay here until the end. If we sign an agreement with the management board, then – the decision will be made by everyone, because I do not want to make decisions for everyone – maybe we will leave, or maybe not. We also want someone to finally tell us what it should look like next – one of the protesting miners told an RMF FM reporter.

18/05/2022 0
Emission-free hydrogen-powered trains driving around in Poland can be reality in just 2 years! Alstom's first hydrogen vehicles, refuelled with hydrogen from PKN Orlen, have...
Go to mobile version