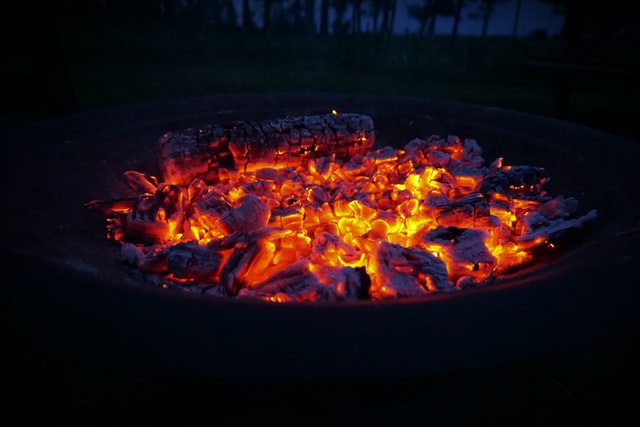 Poland and Germany are urgently looking for coal to survive the winter. Nut EC is pushing a completely different idea. But they are all fearing the lack of gas, other countries decide to use coal longer.

This is how they want to prepare for winter. The European Commission (EC) does not like this, which recommends the exact opposite direction, which is the development of renewable energy sources. You also need to focus on saving energy. EC ensures that the appropriate emergency steps are in place and there is no need to panic.

Germany and Poland have already announced a return to coal (despite the fact that Poland have a lot of gas and even exporting it to Ukraine), but other countries want to follow in their footsteps. It is hardly surprising. The average filling of the EU gas storage facilities is approx. 54%. Meanwhile, Gazprom is constantly complaining about technical problems and says that it must therefore limit gas supplies to other countries.

In this way, Russia turned off the tap with gas supplies to Germany, Italy, Slovakia and Austria. Earlier, due to the lack of consent to pay in rubles, Gazprom completely suspended the transit of gas to Poland, Bulgaria, Finland, the Netherlands and Denmark. Now it turns out that at least some of these countries – fearing natural gas shortages during the winter – are returning to coal. This, in turn, is very displeasing to the European Commission.

We need to make sure that we use this crisis to move forward and not shrink back from dirty fossil fuels. It is a thin line and it is not certain whether we will take the right direction – says the head of the European Commission Ursula von der Leyen, quoted by the Financial Times .

Coal in the price, because Russia manipulates gas

In response to Gazprom’s actions, Germany  has already announced that it must make more use of coal-fired power plants. In Poland, the Deputy Prime Minister and head of state assets, Jacek Sasin, once again argues that the foundation of the country’s energy security is energy based on mining and fossil sources. The limit of coal production (the limit was 35%) was also removed by the Netherlands. This is to bring savings in gas consumption at the level of 2 billion cubic metres per year.

In turn, in Italy, due to the reduced gas supplies, the crisis level in the national gas system may increase from pre-alarm to emergency. Austria has also announced a new life for its coal-fired power plants. The government in Vienna has already commissioned the preparation for operation of the coal-fired power plant in Mellach, which was closed two years ago.

EC has a contingency plan

According to the European Commission, saving energy is still the best recipe for manipulating Russia. Only in the first quarter of 2022, gas consumption in Europe decreased by 9%. compared to a similar period a year ago. Ursula von der Leyen is also counting on additional gas supplies from Israel, Cyprus and Egypt. Brussels is also closely monitoring the increase in gas production in Norway and Azerbaijan, which may also be an alternative to gas from Russia for the EU.

For now, the only noticeable effect of Putin’s gas manipulations is a marked increase in the price of raw materials. On the Dutch TTF Gas Futures exchange, 1 MWh of gas again costs over EUR 120. A year ago it was less than 20 euros. Which is over six times cheaper. Coal is also significantly more expensive. In ARA ports, a ton already costs over $ 345. And just a month ago, it was less than $ 300. Meanwhile, a year ago, coal in ARA ports cost around $ 100. per ton.

The e-commerce market in Poland under the scrutiny of UOKiK

05/05/2022 0
Due to the rapid development of e-commerce, the market is being watched more and more closely by the Office of Competition and Consumer Protection....
Go to mobile version