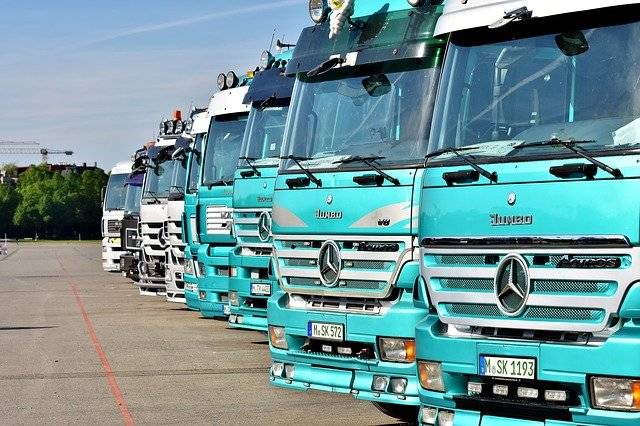 Poland’s transport industry has almost 2.2 billion PLN  in arrears to be repaid from banks and contractors, according to the data collected in the BIG InfoMonitor Debtors Register and the BIK credit information database.

The war in Ukraine and the resulting challenges – rising fuel prices, disruptions in logistics chains, a lack of labour and the risk of delays in paying liabilities by principals – can only worsen the situation of the industry, experts estimate.

According to data from BIG and BIK, the first year of the pandemic took its toll on the industry in particular. Its arrears increased then by almost 111 million PLN. In the second year of the coronavirus crisis and at the beginning of this year, transport was among the sectors in which the increase in overdue liabilities to suppliers and banks slowed down.

From January 2021 to January 2022, there was even a slight decrease in arrears from 2.174 billion PLN to 2.165 billion PLN, there were also 261 companies of unreliable debtors and 32 776 transport companies have problems with settlements.

As a result, the share of transport companies (active, suspended and closed) failing to pay on time fell in January this year. to 8.6% from 8.9% at the end of 2020, the press release said.

“There is no chance that this positive trend will be maintained, however. Transport is always at the forefront of economic activity, which is particularly strongly influenced by changes and complications in international markets.

This was the case in 2020, when the COVID-19 pandemic brought more lockdowns, and it will be so now. This can be seen in the results of research on enterprises’ fears of the effects of war. In the transport industry, fears are the greatest, 4 out of 10 companies even consider bankruptcy, among all companies it is three out of 10 ”- said Sławomir Grzelczak, president of BIG InfoMonitor, quoted in the press release.

Delays in settlements with contractors and banks

The vast majority of overdue transport and storage obligations is attributable to road transport of goods – 1.66 billion PLN. In this case, also in the last 12 months there has been a slight decrease in the value of overdue liabilities, by nearly PLN 11 million. Nevertheless, over 11% of entities with this profile of activity have delays in settlements with contractors and banks.

This is one of the highest risks of default in all sectors, twice as high as the economy as a whole. There are 23 659 active, suspended and closed enterprises in arrears. The average amount for a company transporting goods is currently PLN 70,165, it was also stated.

“When it comes to the scale of the backlog, the changes that transport has experienced best show that the economy is a communicating vessel system. Usually, the greater problems with the arrears of transport companies were justified by the weaker payment discipline of their principals. Unfortunately, rising inflation and turbulence related to the conflict do not bode well here, ”added Grzelczak.

At the beginning of 2020, when the backlog of transport was growing rapidly, more than half of the transport companies complained about problems with collecting debts over 60 days from the set date, at that time in other sectors, companies with such unreliable customers were approx. 30% The exception was still trade, in which 43% struggled with receivables overdue by more than two months, is indicated in the material.

“Last year, however, the percentage of transport companies experienced by unreliable contractors fell to 33-36%. And in this respect, it was better in transport than in trade or industry. At least partial ordering of the situation in settlement relations with clients and greater investment caution in uncertain times also translated into a decrease in arrears.

This year for transport looked even better, because recently only 28% of representatives of this industry had problems with contractors who were delaying their transfers, while in trade it was almost a half.

However, in the face of new challenges, the chances of maintaining the recently observed positive trend are slim. Therefore, it is worth re-approaching the subject of debt collection with great attention, ”summed up the president of BIG.

Vacation at risk. End of agreement with air traffic controllers?