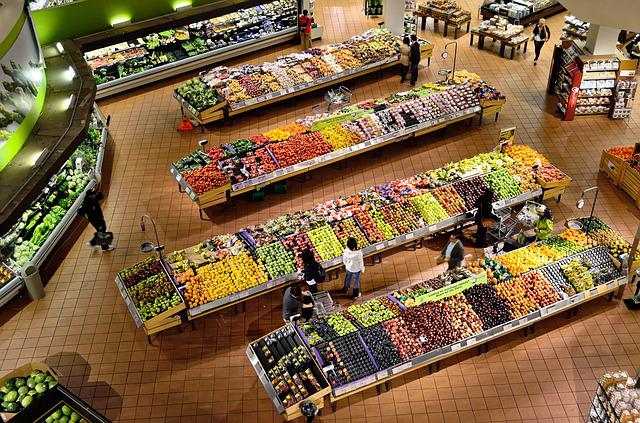 The value of the Polish organic food market is estimated at PLN 1.36 billion in retail prices. This is only 0.5 percent. of the entire food market, but for several years both the value and the share have been growing at a double-digit pace.

The development of this segment was not stopped by the COVID-19 pandemic and, according to experts, the war in Ukraine and the price crisis should not have done so either. The following years may bring greater growth dynamics due to the implementation of the EU strategy for agriculture.

“We are facing the challenge of the crisis, i.e. a period in which consumers can potentially give up luxury goods, and organic production is often regarded as such”, emphasises Kamil Rabenda, president of the board of Soligrano, a producer of cereal food, in an interview.

Producers had similar concerns two years ago, when the pandemic broke out. Poles, however, then began to cook more often and observe what they were eating. So they paid more attention to organic foods and the benefits of healthy eating, especially in terms of boosting immunity. The research cited by the Coalition for the Development of the BIO Food Market and NielsenIQ in the report “Organic Food in Poland 2021” shows that slightly over 32 percent. consumers declare that they buy organic food at least once a week and at least once a month and this group can be counted among the regular consumers of organic food. Another 20 percent. uses it occasionally.

“We now have a war and a time of crisis, but we will not change these trends so easily. Due to the recent covid situation, the mass of consumers has already changed their basket to a more ecological one and it will not change for sure” says Kamil Rabenda.

The data of the Commercial Quality Inspection of Agricultural and Food Products (“Report on the state of organic farming 2019-2020”) indicate that in 2020 over 20.2 thousand jobs were operating in Poland. organic farms.

The area of ​​agricultural land where the ecological production method was used also increased (up to 509 thousand ha). In the years 2019-2020, the largest area of ​​such land was occupied by cereals, plants for fodder, as well as meadows and pastures.

The above-mentioned report “Organic food in Poland 2021” also shows that the value of the organic food market today reaches PLN 1.36 billion, while in 2004 it practically did not exist. A few years ago, the Polish market, compared to, for example, the German one, was small due not only to lower consumer awareness, but also due to the prices of organic and eco products, which were much higher than in the case of traditional food. According to the expert, today they are close to the prices of conventional products. When the difference is not that big anymore, more and more consumers are turning to organic food.

“The organic food market in Poland is growing very dynamically and everything indicates that the Green Deal will mobilise and often force producers to switch to organic production, which will only increase its availability and wider distribution“, says President Soligrano. –  The Green Deal assumes a minimum level of organic farming in a given country or increased EU subsidies for producers who will follow this direction.

The European Union wants 25 percent of the agricultural area devoted to ecological production. Currently, this percentage is 8.1%, and in Poland only about 3.5%. agricultural land belongs to eco-producers. Worldwide, only 1.5% is grown organically. surface.

“Not everyone can be a producer of organic food. The issue of certification, production separation and documenting the quality of these goods is a challenge that not everyone is able to face. Legislation and quality issues are a challenge that the industry talks about – emphasises Kamil Rabenda.

The statistics presented in the report “Organic food in Poland 2021” show that Poland is ninth in the EU in terms of the area intended for organic farming, seventh in terms of the number of farms and processors, and 14 in terms of sales volume.

The report also indicates that in 2019-2020 the number of online stores specialising in the sale of organic food has at least doubled. Last year, there were approx. 60 online stores selling online only organic food, and approx. 90 combine such sales with stationary activities. This type of offer has also become a permanent part of larger and smaller retail chains.

Certified bio products are distinguished by several factors: they have been produced in accordance with the applicable regulations on organic farming and are free from contaminants such as: residues of plant protection products and hormones, and no artificial fertilisers or genetically modified organisms were used during their production.

Your products on the Polish or Danish market?

Do you want to sell your organic products or other products on the Danish or Polish markets? Then I can help you. Read more at https://bizinpoland.com and/or write me at info@bizinpoland.com for further information.

All PKP Intercity trains going to Germany are free for Ukrainian...

10/03/2022 0
From yesterday and until further notice, all PKP Intercity trains going from Warsaw, Przemyśl (via Kraków) and Gdynia towards Germany - to Berlin and...
Go to mobile version