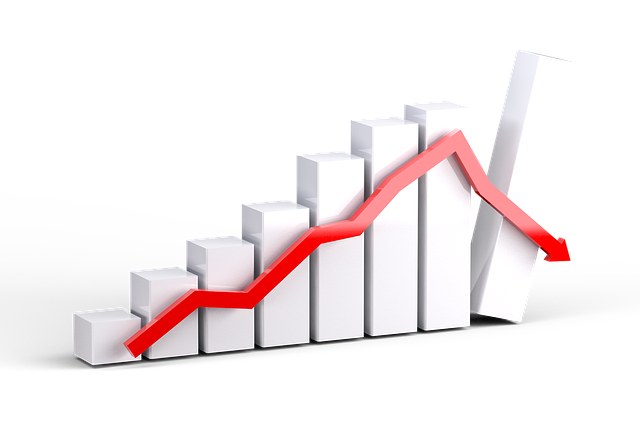 The Polish economy is entering a period of stagnation. In the second half of 2022, a technical recession is to be expected – that is, a decline in GDP for at least two quarters in a row. This is what the chief economist of BNP Paribas in Poland forecasts.

“We expect the best is behind us. Now we are entering a period of stagnation or a technical recession. Only in 2023 we expect an acceleration of economic growth”, says the chief economist of BNP Paribas Bank Polska, Michał Dybuła, about the situation of the Polish economy.

In the baseline scenario, the bank assumes that a technical recession will occur in Poland in the second half of 2022. In turn, at the beginning of next year, the growth of Polish GDP is to oscillate around 0 percent. on an annual basis.

As for the entire year 2023, economic growth in Poland is expected to amount to 1.5 percent. Every year.

Change of course in the economy

“Next year, we expect the quarterly economic growth rate in the vicinity of the potential of 0.7-0.8%. quarter to quarter. However, due to the low starting point, the average annual growth will be rather meager”,  said Dybuła during the presentation of the report entitled “Exchange rate change in the Polish economy: Will the upcoming slowdown reduce inflationary pressure?”

“In the coming months, we expect a further economic slowdown, which will be mainly influenced by the already visible cooling of the global economy. The weaker condition of the world economy will, in our opinion, result to a large extent from high inflation, which reduces the purchasing power of current income.

In the US, real disposable income is currently clearly below the trend recorded in 2013-2019. For now, thanks to the savings accumulated during the pandemic, consumer spending remains relatively resistant to price increases, but we believe that global demand – mainly for goods – will weaken”,economists forecast in the report.

The bank’s analysts also point out that the high economic activity in the first quarter of 2022 will cause the GDP to increase throughout the current year in terms of annual terms. BNP expects economic growth of 5.5 percent. for the entire 2022.

This year household consumption is also to have a positive contribution to GDP.

“A reduction in the personal tax rate (PIT), planned credit holidays and savings accumulated in the previous months will also have a positive impact on consumption later in the year”, points out the BNP.

Consumer demand may, however, be limited by interest rate increases.

Next year, in turn, economic growth will be supported by an increased inflow of EU funds and projects implemented under the funds from the National Reconstruction Plan.

What’s next with the anti-inflationary shield in Poland? The Sejm decided

16/09/2022 0
On Thursday, the Sejm passed an amendment to the act on corporate income tax, which is aimed at, inter alia, suspension of the minimum...
Go to mobile version