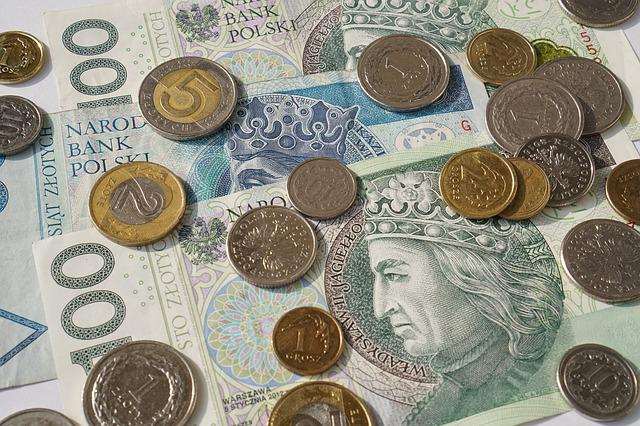 The government points out that the approval of the National Reconstruction Plan is only a matter of a few days away. And it looks like the market is starting to take that into account. The zloty started the week with an increase. This may slow down the increase in fuel prices at the gas stations in Poland.

The zloty on Monday appreciates by over 0.50%. against the dollar to PLN 4.49 and almost 0.4 percent. to the euro below PLN 4.68 and this increase is becoming more and more noticeable minute by minute. In this way, our currency managed to make up for the losses from May, although it is still far from making up for the losses from the beginning of the year. Counting from the beginning of 2022 until Monday, May 16, the zloty is still losing more than 10% against the dollar. and to the euro – 1.8 percent.

What could be the reason for Monday’s strengthening? In recent days, the government side more and more often points to the upcoming unblocking of the National Reconstruction Plan.

Although there has been talk of the “final stage of talks” with the European Commission for over a month, there are more and more specific dates. The presidential bill to liquidate the Disciplinary Chamber after amendments to the parliamentary committee is to be voted by the end of May.

Zbigniew Ziobro Minister in the Polish government, who previously did not agree to concessions to the European Commission, has already spoken in recent days about accepting a difficult compromise . This points to the growing chances of triggering the inflow of huge euro sums to Poland.

The funds from the KPO to be used for Poland by 2026 amount to EUR 58.1 billion, of which EUR 23.9 billion in the form of subsidies and EUR 34.2 billion in loans. Poland requests a smaller amount – EUR 35.4 billion, i.e. EUR 23.9 billion in subsidies and EUR 11.5 billion in loans . The impact of an additional almost EUR 5 billion annually may partially offset the negative Polish balance of payments . After the first quarter, according to the National Bank of Poland , we were at a minus of almost EUR 3 billion , mainly due to rising fuel import prices.

The zloty exchange rate has a great influence on inflation. It has a direct impact on the prices of imported goods, including oil and gas, and therefore fuel prices at stations, as well as electricity and water heating costs. Automotive fuels are available this year. almost 6% share in the inflation basket , gas 2.2% and electricity – 4.5%. Together, these are goods that account for 12.7 percent inflation, i.e. their increase by 1 percent. adds 0.13 point percent to the ratio and a decrease of 1 percent. It  subtracts the same .

In other words, Monday’s strengthening of the zloty by 0.5%. versus the dollar may subtract 0.07 points. percent from inflation only when it comes to the above-mentioned groups of goods.

Poland wants to replace Russia in the G20 group

14/03/2022 0
The Polish media "Dziennik Gazeta Prawna" reports that Poland may replace Russia in the G20 Group. The daily writes that the Minister of Development,...
Go to mobile version