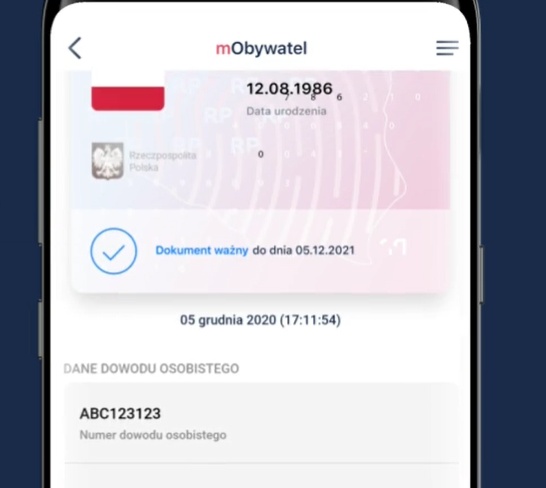 The identity card added in the mObywat mobile application can be used as a standard, physical ID card. Such changes have been announced by the government.

A draft law on this issue has just been added to the list of works of the Council of Ministers. Adam Andruszkiewicz, secretary of state in the Chancellery of the Prime Minister, Adam Andruszkiewicz, informed about the government’s plans to change the application at a press conference on today Thursday, June 2.

“We want the mObywat application to allow you to confirm your identity in all places and situations in our country, on a par with a plastic ID card ” Andruszkiewicz pointed out at the conference.

This is part of the changes to be made to an already functioning application. The transformation of mObywatel had been previously announced by the plenipotentiary of the Council of Ministers for cybersecurity, Janusz Cieszyński.

The change announced by Andruszkiewicz will expand the catalogue of situations in which an application can be used to confirm identity instead of a physical ID. It is already possible today in some situations. However, if the law requires you to provide proof of identity – for example at a bank, notary public or when checking in at the airport – now we still have to use a plastic ID or passport.

The secretary of state also indicated that the mObywat application was to be expanded, for example, with notifications reminding us of upcoming official dates.

A virtual “assistant” app for energy management has been created

19/03/2022 0
An application (app) has been developed that is a personalised virtual assistant for home or business energy management. The solution was developed in an...
Go to mobile version