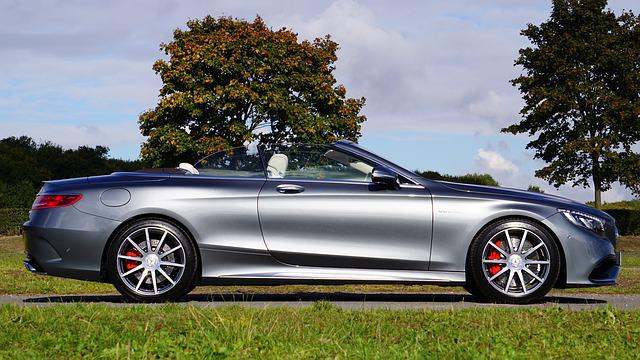 Although the waiting time for a new car often exceeds a year, in Polish showrooms you can find models that are waiting for “only” a few months – according to a survey conducted by Carsmile.pl. However, it is better to give up additional equipment and cars packed with electronics.

Shortage of semiconductors in new cars

The automotive industry has still not dealt with the shortage of semiconductors, which inhibits production and delays car deliveries, which means that instead of new, almost finished cars in showrooms, they are still filling factory parking lots. You have to wait well over six months for many models, and in extreme cases even over a year.

The problems with the production of components overlapped with other problems related to the war in Ukraine. As a result, supply chains were disturbed again and the prices of raw materials increased further. This, in turn, results in problems with the delivery of cars to Poland and means that some models or equipment versions are currently not available on the domestic market at all. Some manufacturers changed their price lists to shorten the queues for cars. All this so that devices installed in cars that require semiconductors, which are missing, could be offered as additional options, which could translate into shorter queues. An example can be, for example, active cruise control.

The shortest waiting time for “electrics” is

According to the Carsmile.pl report, electric cars and some hybrids are currently the fastest.

An example of a brand that guarantees much faster delivery of low-emission cars than vehicles with gasoline engines is Volvo. The shortest time – from 4 to 6 months – is the xc40 (recharge) and c40 (recharge) models. Renault, Dacia and Volkswagen will also provide “electrics” faster than a car with a gasoline engine.

The engine is also important when choosing a non-electric car. For example, the Dacia Sandero, popular in Poland, is not temporarily produced in the LPG version. On the other hand, the sportage is best bought in the HEV version. The sportage hybrid in the plug-in version, i.e. with the possibility of charging from the socket, will delay the delivery of the car.

The less electronics, the faster

However, not all copies of a particular model can be obtained at the same time. It all depends on the specification. In the case of the most popular model among Polish individual customers for over a year – Toyota Yaris – we will only wait for the basic version for less than 6 months. The waiting time for the remaining versions is approx. 8 months.

We will also wait longer for new cars with automatic transmissions and extensive electronics – e.g. built-in navigation or touch screens. The waiting time is also extended by ordering new cars with reversing cameras, parking sensors or dual-zone air conditioning. In turn, the Ford Kuga and Puma are better to choose hybrid versions. Cars with conventional drives have lower availability.

Waiting for a new car will also extend the place where it will be produced. You can see it, among others in the case of the South Korean concern KIA. You have to wait two months longer for cars produced in domestic, Asian factories, because that is how long it takes to transport from South Korea to Polish showrooms.

Problems with the availability of new cars are shown by the declining number of registrations at a double-digit pace. In the first four months of 2022, 34,882 new passenger cars were added to the Central Vehicle Register base – by 13.1 percent. less than in the corresponding period of 2021. Together with delivery vehicles weighing up to 3.5 t, 39,763 new cars were registered in Poland at that time. In this case, the decrease in the annual relation amounted to 15.5%.