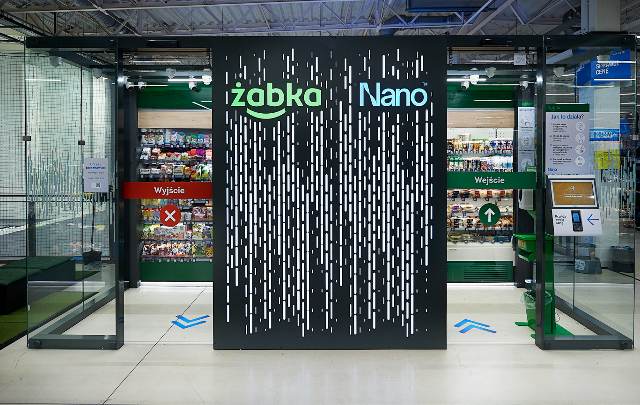 Cashiers will take their time off on Sundays, and stores will replace them with machines on these days and will get customers used to the fact that the service by the vending machine is as nice as by the people – critics of the trade ban on Sunday alarmed. At the time, it seemed like a slightly far-fetched forecast, but the reality slowly turned out to be right. Example? Żabka just boasted how many Poles bring to their thresholds with completely self-service facilities.

There is probably nothing more to understand the level of familiarisation of Poles with modern technologies in trade than the data provided by the director of Żabka Future, Paweł Grabowski. This franchise network, popular in Polish cities, inaugurated a new format a year ago – Żabka Nano – which, roughly speaking, consists in the fact that customers do not come into contact with the service in it.

They do not have to. Cameras identify products taken off the shelves and the system automatically calculates the payment when leaving the store. In an average facility there is even up to 1.5 thousand. products, which puts it in line with any other small store. This is a completely different league than the vending machines, in which someone stuffed a few groceries next to Pepsi cans and bars, calling it an autonomous store. Here we are dealing with a real trading facility.

A few years ago, consumers, hearing about such miracles, would probably view the interior through the glass, commenting on the actions of the few daredevils who would dare to enter. And now?

The maintenance-free Żabka stores had tens of thousands of unique customers. This means, of course, that the number of people shopping is greater, because one customer may come back many times a month.

Director Żabka Future is of the opinion that within 3 to 5 years the new format will become a standard on our streets, although he emphasises that this does not have to mean that self-service stores will replace the traditional ones.

Honestly? I think they do not have to, or at least not as a result of the company’s pre-planned policy. The customers themselves will decide about the expansion of automatic stores. Currently, in ordinary Żabki, franchisees are troubled, leaving the automatic cash register under the care of a security guard on non-trade Sundays. However, the cash desks are emergency and require queuing.

The new, automatic Żabka does not have such problems. However, the cash registers did them a big favour. They made customers used to the fact that it was possible to do without people’s help. They have done their job and will soon be able to leave, making room for better, more comfortable solutions for the consumer.

Cashiers will be unemployed

One day someone in Żabka or another retail chain will look at the data and find that keeping traditional stores is less and less profitable. After all, algorithms do not charge a salary and no one has forbidden them to work on Sundays.

The critics who criticised the ban on trade out of concern for jobs were right. The cashiers just wanted a break on the last day of the week, and they accidentally put a spring into the commercial technology revolution.

In a few years they will fondly remember the times when they had to help clients with hanging automatic cash registers. Because there will be less and less work for them, as well as for many other jobs that do not require high qualifications.