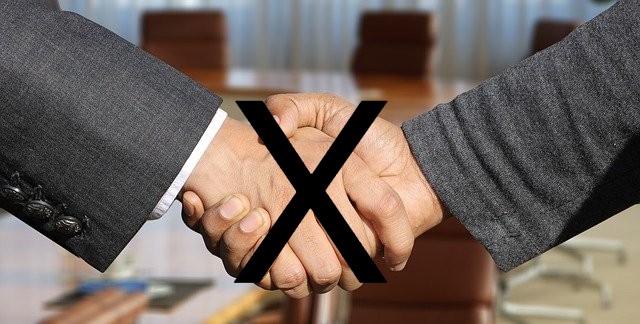 May 13 this year. The Polish government adopted a resolution to terminate the agreement with Russia on the construction of gas pipeline systems for gas transit through the territory of the Republic of Poland and the supplies of Russian gas from Russia, Minister of Climate and Environment Anna Moskwa informed PAP on today, Monday.

The resolution concerns the termination of the agreement on the construction of a gas pipeline system for the transit of Russian gas through the territory of the Republic of Poland and the supply of Russian gas to Poland, which was signed in Warsaw on August 25, 1993. The agreement was repeatedly annexed, the last protocol on introducing changes was signed between representatives of Poland and Russia on October 29 2010

Agreement was an international gas agreement

Minister Anna Moskwa explained that the agreement was an international agreement, and therefore a relevant note on this matter will be provided by the Polish Ministry of Foreign Affairs. The document is to be sent on Monday.

“For years, the government has been consistently implementing the strategy of diversifying the sources and directions of gas supplies to Poland, and we have been preparing to close the contract with Gazprom by the end of 2022 and not to buy more gas from Russia. In 2019, PGNiG terminated and did not extend the contract for gas supplies from Russia, the so-called Yamal contract.

The accuracy of the government’s determination to become completely independent from Russian gas was confirmed by Russia’s aggression towards Ukraine. We have always known that Russia is not a reliable partner. The years 2006, 2009 or 2014 were marked by further unjustified interruptions in supplies by Russia ” Minister Moscow said.

She added that the Polish company Gaz-System has been the operator of the Yamal pipeline since 2010. “As the years passed, the control of the Polish operator over the gas pipeline was gradually increased, in compliance with European law. In 2022, an act was adopted which stipulates that the operator has the right to exclusively use the property of the owner of this network, necessary to perform the operator ‘s duties.

He will also determine the tariffs for gas transmission through this system and submit it for approval to the President of the ERO. Provisions of intergovernmental agreements, as contrary to European law, should no longer be in force “- indicated the minister climate and environment.

The head of the Ministry of Culture and National Heritage added that the Yamal gas pipeline was operating in full compliance with European law, without any disruptions . Thanks to this, the so-called physical reverse, i.e. the ability to transfer gas to Poland from Germany.

Anna Moskwa said that the government’s adoption of the resolution was also a natural step after the Russians decided to turn off the gas tap in Poland. “When Russia, cutting us off from supplies, de facto broke the provisions of the agreement , the Polish government decided that due to the breach of its essential terms, it ceased to apply,” she emphasised.

According to PGNiG on April 26, Gazprom announced that gas supplies to Poland would be suspended from April 27. It added that the company refused to pay Gazprom for gas under the Yamal contract in rubles.

Gazprom’s actions were the result of a decree by President Vladimir Putin at the end of March this year, which stipulated that from the beginning of April, foreign buyers from “hostile countries” would pay for Russian natural gas supplies in rubles or fuel supplies from Russia would be suspended.

92% of the gas storage are used

“The expiry of the agreement unequivocally and firmly ends the history of Polish-Russian gas relations ,” summed up the Minister of Climate and Environment.

Filling gas storage according to the state on May 22 is 92 percent. The filling level of the storage installations at the end of the day is 33,471.9 GWh.  But it is different when it comes to the LPG gas.

30/08/2022 0
More and more frequent information about shortening the working time or limiting production due to the shortage of raw materials may contribute to the...
Go to mobile version