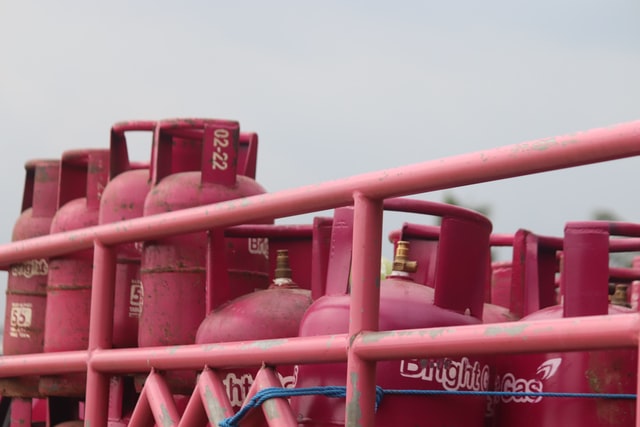 It was expected that Poland would expand the embargo to also make it illegal to import LPG gas from Russia but it turned out differently in the Sejm.

The votes of three Confederation politicians decided to reject the Senate’s amendment to ban the import of LPG from Russia. The fate of the so-called sanction act will be decided by Andrzej Duda.

The sanctions act provides, inter alia, an embargo on the import of coal from Russia and Belarus and freezing the property of persons and entities entered on the sanctions list. The Senate adopted an amendment according to which the import of LPG from Russia would also be banned. Jacek Sasin appealed for its rejection.

“I would like to propose that the Senate amendment be rejected. Poland is a leader when it comes to introducing sanctions on Russian hydrocarbons and raw materials. In the act we are proceeding with, we were the first to adopt an embargo on Russian coal.

We want sanctions to be introduced by the EU, because only then will they be effective. Therefore, despite the fact that we are in favour of the sanctions, we believe that this amendment is a bad and harmful amendment” said Jacek Sasin in the Sejm .

According to the PiS politician , the introduction of a ban on the import of LPG, i.e. liquefied gas, is completely ineffective, unlike coal or crude oil, where, due to their physical and chemical properties, it is possible to determine which country these raw materials come from.

“The introduction of the embargo only at the Polish level will cause the same gas to continue to flow to Poland, but through other countries, such as Lithuania or Germany” , noted the Deputy Prime Minister. Jacek Sasin added that the adoption of the Senate amendment would deprive about 3.5 million Poles of the possibility of refuelling with cheaper fuel.

How did the members vote regarding embargo on LPG import

The Seym supported the appeal of Jacek Sasin. An absolute majority of 228 votes was required to reject the Senate’s idea. 455 deputies took part in the vote. 230 politicians supported the rejection of the Senate’s amendment: 225 from the PiS club, 3 from  the Confederation (Konrad Berkowicz, Krystian Kamiński and Janusz Korwin-Mikke), as well as Zbigniew Girzyński and Łukasz Mejza.

217 politicians voted against: Elżbieta Duda from PiS, 126 MPs from KO, 44 from the Left, 23 from the Polish Coalition, 7 from Poland2050, 5 from the Agreement, 4 from Kukiz’15, 3 from Polish Affairs, 3 from PPS and Ryszard Galla . 8 MPs from the Confederation abstained from voting, incl. Krzysztof Bosak, Grzegorz Braun, Artur Dziambor, Robert Winnicki and Dobromir Sośnierz. 5 politicians did not take part in the vote.

Another Senate amendment assumed that the prime minister would decide on entering a given entity or person on the sanctions list. The Seym rejected this proposal. There were 229 votes for rejection, 224 against, and one person abstained. This means that the head of the Ministry of Interior and Administration will decide on the entry on the sanctions list. The fate of the so-called sanction act will be decided by Andrzej Duda.