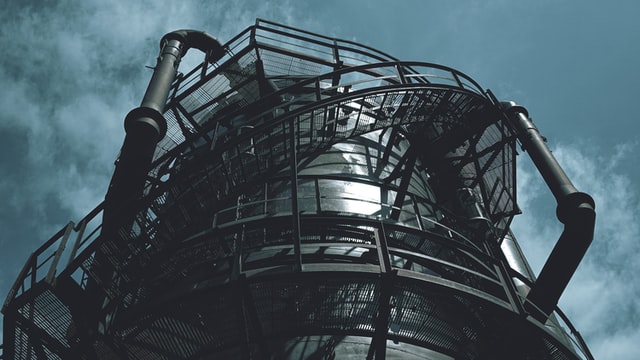 Thanks to the new gas connection with Lithuania, Poland gains access to the terminal in Klaipeda, which strengthens the level of security of gas supplies to Polish recipients, said Piotr Naimski, government plenipotentiary for strategic energy infrastructure, quoted in the Gaz-System communiqué on Thursday (today).

Today, the interconnector was officially opened at the Jauniunai compressor station in Lithuania with the participation of the President of the Republic of Poland Andrzej Duda and the President of Lithuania Gitanas Nauseda. May 1 this year. commercial gas transmission via a new gas pipeline connecting Poland and Lithuania, the so-called GIPL.

“In anticipation of the previously announced dates, today we are launching gas transmission via the Polish-Lithuanian interconnector. Poland gains access to the terminal in Klaipeda, which strengthens the level of security of gas supplies to Polish recipients. Lithuania, Latvia and Estonia are ending the period of gas isolation by connecting their transmission systems with a large European market, offering the possibility of obtaining this raw material at competitive, market prices ” , said Piotr Naimski, minister, government plenipotentiary for strategic energy infrastructure.

He added that “together we are also strengthening our countries’ resilience to the gas crisis we are experiencing.”

“In a situation caused by Russian aggression near our borders, GIPL – along with investments carried out by Gaz-System, such as Baltic Pipe , an interconnector with Slovakia and the expansion of the LNG Terminal in Świnoujście – makes it easier for Europe to severed ties from dependence on an unreliable and aggressive supplier from the east “- emphasised Naimski.

According to the Lithuanian minister of energy, Dainius Kreivys, quoted in the Gaz-System information, the launch of the GIPL is a historic event not only for Lithuania and Poland, but also for the entire energy sector in the region. The Lithuania-Poland gas pipeline connection will ensure the security of gas supplies to the Baltic states and strengthen our energy independence, which is extremely important in the context of current geopolitical events.

“The connection between the gas systems of Poland and Lithuania, which we are opening today, is the first of the new interconnectors to be launched by Gaz-System this year. Thanks to such projects as GIPL, our national gas system increases its resistance to disruptions in gas supplies, and countries such as Lithuania, Latvia, Estonia and Finland are gaining access to the new gas corridor from the European market “- emphasised Tomasz Stępień, president of Gaz-System.

“The Lithuanian-Polish GIPL cross-border gas pipeline is the missing part of the Lithuanian energy system, important not only to ensure energy security, but also from the perspective of the affordability of energy resources for consumers. The Baltic States and Finland have finally gained a wide choice of gas suppliers on the open continental European market, and Poland – a new, alternative source of gas supplies. The GIPL gas pipeline, together with the LNG terminal in Klaipeda and the ELLI project, which will double the gas transmission capacity between Lithuania and Latvia, will bring the regional gas market to a completely new level of competitiveness “- stated the president of the management board Amber Grid Nemunas Biknius.

It was added that the GIPL project was intended to create a two-way transmission gas pipeline connecting the natural gas transmission systems of Poland and Lithuania, which will eliminate the so-called energy islands, i.e. regions not yet integrated with the EU energy market, such as Lithuania, Latvia, Estonia and Finland.

It was also indicated that the construction of the gas pipeline is an investment that has the status of a “Project of Common Interest” (PCI – Project of Common Interest) and is co-financed by the European Union under the “Connecting Europe Facility” (CEF – Connecting Europe Facility) and “Trans-European Network energy “(Trans European Networks – Energy – TEN-E).