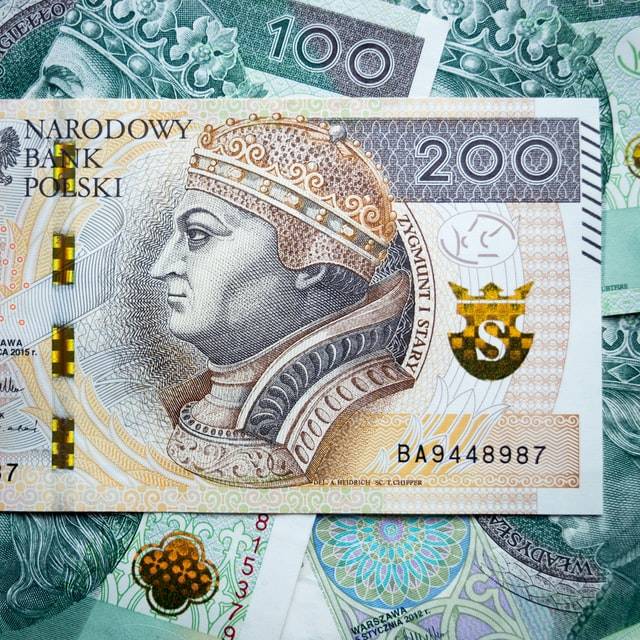 The Polish currency, the Zloty, weakened sharply on Tuesday afternoon and the euro broke 4.70 zlotys. On Wednesday before noon the weakening of the Polish currency persists and it is the weakest in a month, but the shock from the beginning of March is far away.

The reason why is that the market reacted nervously to Gazprom’s announcement that gas supplies to Poland would be suspended after the Polish government rejected its demand to pay Russia in rubles.

On Tuesday afternoon , Russia announced that it would cease implementation of the gas contract on Wednesday , as Polskie Górnictwo Naftowe i Gazownictwo refused to pay for supplies in rubles. Russia’s demand was illegal, but on Wednesday at 8:00, gas actually stopped flowing through the Yamal pipeline.

On Tuesday, the zloty reacted violently to the announcement of turning the tap off. Our currency, which was laboriously making up for its losses in March, quickly weakened to the level from the end of March, i.e. the euro had to be paid a little over PLN 4.70, the dollar was even PLN 4.43, and the franc was PLN 4.60.

Polish currency hit hard by it

Although the reaction of the Polish government to the cut-off by Russia of gas supplies was calm, the zloty exchange rate on Wednesday remained at the level from Tuesday evening, posting minimal gains against some currencies. It is a consolation that there was not such a sharp weakening as we saw on March 7, when the euro rate briefly reached PLN 5.

“The morning correction of yesterday’s depreciation of the zloty is understandable, because cutting off Poland from gas from Russia does not carry a large risk for the stability of the Polish economy and does not have to mean acceleration of inflation.” assesses Marcin Kiepas, an analyst at Tickmill. “At the end of the year, Poland was to give up gas from Russia anyway”, he reminds.

However, the recovery of losses is hampered by deteriorating sentiment in global markets and the related increase in risk aversion points out Marcin Kiepas.

In turn, Cinkciarz.pl analyst Bartosz Sawicki believes that the sell-off of the zloty after several weeks of stabilisation, combined with the threat of a further increase in energy prices, is a strong argument for the Monetary Policy Council raising interest rates by 100 basis points at the next meeting. The base rate will then be at 5.5 percent.

If the condition of the zloty does not improve quickly, other currency interventions are also possible writes Bartosz Sawicki.

The analyst points out that the scale of currency interventions to date after Russia’s attack on Ukraine has been quite modest and only around 2 percent of the money has been used for them. reserves of the National Bank of Poland. Its president, Adam Glapiński, also mentioned at one of the conferences that the monetary authorities counted on their greater effectiveness. “For this reason, we expect a rather strong tightening of rhetoric, hawkish attitude and a bold increase rather than the sale of euros and dollars on the market” , indicates the Cinkciarz.pl analyst.

Exchange of hryvnia to zloty for refugees – details of the...

23/03/2022 0
Last Friday I wrote that the hryvnia to zloty for refugees program was in the making by the National Bank of Poland and now...
Go to mobile version