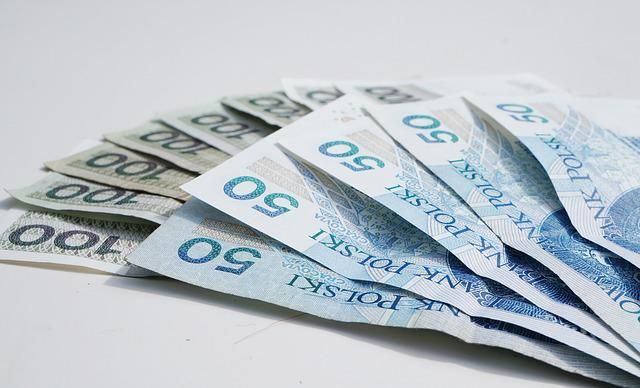 In recent months, Poles and other good people have been withdrawing money from banks at the fastest pace in several years, and cash has returned to favour.

At the end of March, households in Poland had 1.04 trillion PLN in banks, according to the National Bank of Poland’s (NBP) data on money supply. In the previous month alone, the amount decreased by over PLN 16 billion – such a large outflow of money from banks has not been recorded in the 25-year history of this data .

However, we currently hold much more funds in banks than several years ago, so it is also worth comparing the amount of the payout wave in percentage terms. The result of the order of less than -1.6 percent. is the lowest in over 17 years.

Considerable one-month outflows of money from banks have occurred several times in recent years, but to find out the scale of the “problem”, let’s take a look at the quarterly data. In the first three months of the year, the greatest amount of funds (outflows-inflows) in the last 15 years was transferred from the accounts and deposits of Poles.

Such a large drop is mainly the result of withdrawing funds from current deposits. In March, the account balance was reduced by almost PLN 19 billion. For deposits up to 2 years, savers added PLN 2.6 billion net, and deposits over 2 years decreased by over PLN 282 million.

Value of cash increase in Poland

At the same time, the value of cash in circulation increased last month by over PLN 18 billion – the strongest since April 2020, when Poles, fearing the effects of the coronavirus pandemic, massively went to ATMs and banks, paying out over PLN 20 billion net. The record was broken a month earlier – in March 2020.

Poles began to withdraw money from banks en masse at the end of February , when Russia’s invasion of Ukraine began. “Completely unjustified, stupid, silly wave has gone” – assessed in March the decisions of Poles, NBP president Adam Glapiński. “It has already stopped, but last week it was crazy (…) the banks did not keep up with the deliveries [of cash to ATMs and branches – ed.]” – he said.

Many reasons behind this fact

The wave of payouts, although probably not so violent, poured over Poland  in March. In addition to concerns about the development of the situation beyond our eastern border, the demand for cash could have been driven by: high inflation and the influx of refugees from Ukraine or financial support from Poles for people fleeing the war.

Economist Rafał Mundry notes that 2 million Ukrainians came to Poland, exchanging hryvnia and other foreign currencies for zloty or withdrawing cash from ATMs. Poles also financially support refugees and the fight against the Russian aggressor, which could also have contributed to some extent to the decline in amounts kept by households on bank deposits.

Rating agency rated the Polish economy in the face of the...