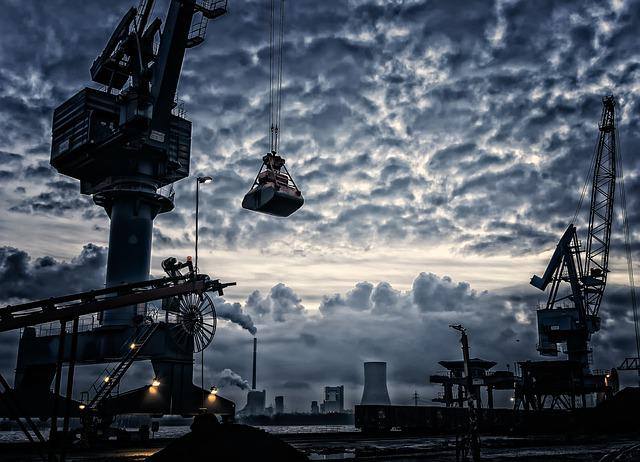 The condition of the Polish industry has positively surprised economists again. The data still shows no negative impact of Russia’s invasion of Ukraine on activity in the sector. “In a moment, industrial production will be as far from the trend as it was in the pandemic low. Only in the opposite direction,” commented Bank Pekao analysts.

The value of sold industrial production in March was 17.3% higher than in the previous year , the Central Statistical Office reported. The dynamics turned out to be slightly lower than in February (17.6%) and January (19.2%), but much higher than analysts’ expectations – the market consensus assumed an increase of 11.9%.

“According to preliminary data, in March this year, compared to March last year, an increase in sold production (in constant prices) was recorded in 31 (out of 34) branches of industry, including repair, maintenance and installation of machinery and equipment – 44.5%, in the extraction of hard coal and lignite – by 35.5%, in the production of metal products – by 29.2%, coke and refined petroleum products – by 25.4%, metals – by 24.9% , wood, cork, straw and wicker products – by 24.7%, chemicals and chemical products – by 21.9%, machinery and equipment – by 17.8%. occurred in 3 sections, including the production of motor vehicles, trailers and semi-trailers – by 12.7%, electrical devices – by 5.7% “- statisticians add.

After eliminating the influence of seasonal factors, industrial production increased in February by 17.2% compared to the corresponding period of 2021 and by 2.1% compared to February this year.

Data not showing negative effects of the war

Market analysts note the surprisingly strong results of the Polish industry. MBank’s economists write about another cosmic result, their colleagues from Bank Pekao comment: “I think we need to write” BOOM “again. Experts note that the data do not show the expected negative effects of the Russian invasion of Ukraine, and the Polish industry is definitely rebounding from the pandemic hole.

“The effects of the war are so far small (the automotive closure is compensated with effort by the high production of its own heavy industry, which supplements the shortages of imports from Ukraine and Russia). The effects of lockdowns in China will not be revealed until April” – commented the economists of ING Bank Śląski.

“A large part (3.5 percentage points!) The surprise is due to energy production, which in March broke the peaks at the turn of the year, rising by 78%. It is worth emphasising: this is a statistical artefact of nature still unclear to us. A year ago there was no such thing. such spare capacity in the energy sector, “Bank Pekao analysts note.

According to the economists of ING Bank Śląski, the GDP of Poland in the first quarter could actually be even 8% higher than in the previous year. The good condition of the economy means that “the MPC may raise rates and fight inflation” – they indicate.

These big brands are in Russia and are not moving. Lists...

25/09/2022 0
Social pressure after Russia's aggression against Ukraine was so strong that many companies closed their Russian plants and there were sales for relatively low...
Go to mobile version