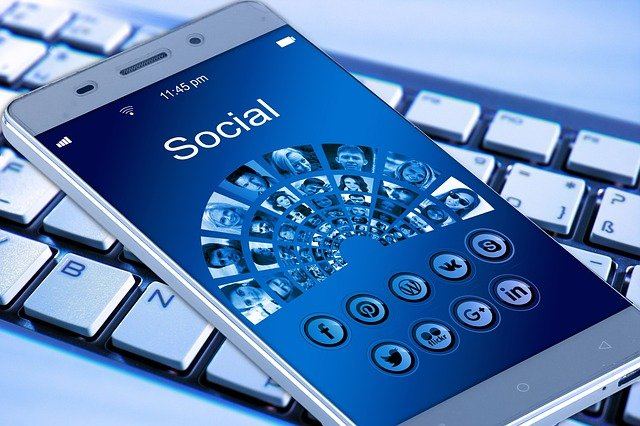 Although the presence of companies in social media is a prerequisite for success today, research shows that in Poland the presidents of the largest companies are not eager to do this. Until recently, only 5 percent, or only one in twentieth president of a large company from the Warsaw Stock exchange, had an active Twitter profile.

Meanwhile, the presence in social media definitely affects the sales and business results of the company, allows you to build loyalty and commitment, and strengthens a credible image. “The mere presence in this channel generates a feeling among consumers that they are dealing with a company behind which there is not only a logo, but also people”, says Michał Kanarkiewicz, expert in social media.

Not on social media, they do not exist

The presence of brands in social media is standard today. Companies that have noticed the potential of this channel a long time ago commonly use this tool to build relationships with customers and create recognition, credibility and a positive image, which ultimately translates also into their sales results.

Social media is also a quick, less formal channel of contact with journalists or influencers. More and more often, CEOs and presidents on their own channels, for example, inform about business plans or the company’s strategy for the coming years.

“Awareness of social media in Poland is high and many people do it very well. Here you can look at the corporate market, for example Przemysław Gdański, the president of BNP Paribas Bank Polska, is present on LinkedIn and regularly posts on both business results and worldview issues, which makes him authentic.

On the other hand, a very well-known figure among entrepreneurs is Rafał Brzoska, the owner of InPost, whose presence in social media is wide and also positively received, because it shows the human side of business.

Although sometimes – like everyone – mistakes do occur, he is perceived as a genuine leader who is able to lead the entire company forward”  says Michał Kanarkiewicz.

Very few CEOs in Poland active on those platforms

A study conducted in 2019 by On Board Think Kong together with the ECCO Network showed that in Poland a very small number of company bosses are active in social media. Until recently, only 5 percent, or only one in twentieth president of a large company from the WSE, had an active Twitter profile.

Among the main reasons for the absence of Polish CEOs in social media are, among others, lack of time or ignorance and misunderstanding of this communication channel, ignorance of the benefits or fear of the flood of inquiries and comments. Meanwhile, such online activity of the president can build the trust of the environment – both towards himself and the entire company – and shows readiness and openness to discussions.

“The mere presence in this channel generates a feeling among consumers that they are dealing with a company behind which there is not only a logo, but also people, that this is not some imaginary corporate existence. That is why the presence of the CEO, management, and even ordinary employees on such portals as LinkedIn, YouTube, Facebook or Twitter makes business closer to people, and thus simply gains more customers – says the brand strategy building expert.

“Presence in social media definitely influences business results –  emphasises Michał Kanarkiewicz.  Building an image in social media – both a personal brand and an employer’s brand – is worth starting with authenticity. She is especially appreciated nowadays, when we are overloaded with fake news and artificially created images, which is why we are looking for people who are honest.

And even if they make a mistake, they can say it openly and apologise. Therefore, from my perspective – as a business owner who carefully observes this market – authenticity is the key. I would also add regularity to it, which helps to be successful at the start.

The expert emphasises that the activity and regularity in publishing entries, sharing content, commenting and liking helps to achieve success in social media, but it must be based on authenticity and honest message.

“The biggest mistakes in building a personal brand or a company’s brand are building an image, not an authentic attitude. Such creations are 100 percent. PR companies very quickly crash into the first obstacle when there are challenges in organisations, when we make a mistake” warns the expert. The second category is simply communication errors. We are not always able to properly communicate what we care about. But in my opinion, it’s just a communication training issue.

A big mistake made at the beginning of social media activity is also expecting quick results, while building reach and recognition is in fact a long-term process.

In social media, it is rare that someone from scratch becomes a hero overnight. It doesn’t work that way. Rather, you have to set yourself up for a multi-year process. There is a paradox in this, on the one hand, you have to work on your reputation for years, and at the same time you can lose it one day through one mistake” says the expert.

Biz in Poland is on various platforms

Biz in Poland is of course active on various social media. You can fin the links to them all in the top right corner of this website or to the right in the sidebar, incl. Instagram and Facebook fx. On Facebook more than 2300 follow the daily business news. Do the same not to miss any Business news from Poland.

There are empty shelves in many Biedronka stores. “The crisis is unfolding”

28/07/2022 0
TVN Warner Bros. Group Discovery introduces changes to the structure of the programming division. The newly established position of TVN channel director will be...
Go to mobile version