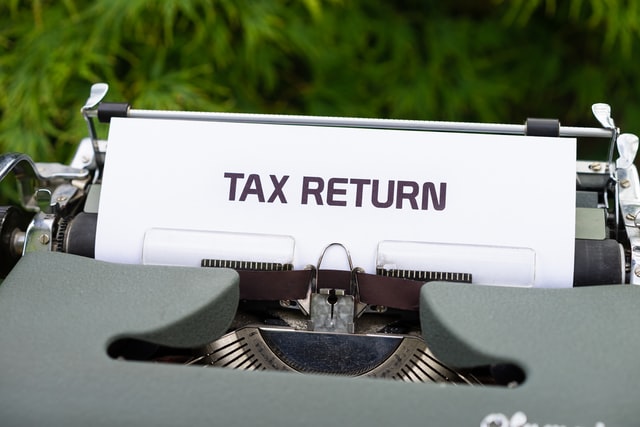 The Trade Union Alternative (ZA) announces a nationwide protest action in the treasury. Officials want raises and pay attention to the enormous burdens related to the Polish Order. Agata Jagodzińska from ZA reveals to the economy what the protest will look like.

After Easter, from April 25 to May 2 – a protest action is to take place in the National Revenue Administration (KAS). Its officials work in the tax offices that accept our PIT returns.

Trade union activists from the treasury have been demanding raises and have been announcing the possibility of a protest for a long time and since then the inflation in Poland has increased even more, and officials have been given new responsibilities.

The date for the protest not chosen by accident

The date of the announced protest was chosen not by accident. The period between Easter and the May weekend is the time when taxpayers most often visit tax offices, because income tax returns for 2021 should be submitted by the end of April.

Will the tax office be paralyzed in the busy period of PIT settlements?

Treasury protest – what to expect?

The protest action, announced by the Union Alternative, will start in the last week of filing tax returns. This year, the last day of giving evidence, April 30, is a public holiday. Therefore, the deadline for submitting testimony is extended by law until May 2nd. Therefore , the campaign will run from April 25 to May 2.

“Every day, we will take breaks in servicing taxpayers. These breaks will initially be 15 minutes, from 12:00 to 12:15. We will not serve customers then”,  says Agata Jagodzińska, leader of the Trade Union Alternative at KAS.

As Jagodzińska emphasises, if the action does not bring the expected results, we can expect further, intensified actions: “ We already wrote one appeal to the prime minister, another, we announced a protest – of course there was no reaction.

That is why we are now taking action, right in the middle of filing tax returns, when it can really flare up. If there is no dialogue and no increases, we will escalate our actions. The tax office employees woke up – we will extend the breaks in servicing offices and protest until the rulers finally understand that we also need to be respected.

We will fight for sure until the end. Our determination is very great“. adds Jagodzińska.

When asked whether officials expect understanding from taxpayers who want to settle PIT to take industrial action on such a date, she replies:

“We will try to explain to taxpayers why we are protesting, as we explained it during the problems with introducing the New Deal. I have the impression that on that occasion the public understood us, the officials – that we also have a problem with that. So now I hope that the society will understand that we work for them, for the state, but we are also citizens of this country, we have families, we want to live with dignity.”

Why are officials protesting?

KAS officials want increases of at least 20 percent (with effect from January 1, 2022) and the payment of overdue benefits guaranteed, the so-called modernization resolution. This is a document that guarantees KAS increases in 2019, 2020 and 2021.

”It has not been fully implemented, because its implementation has been frozen due to a pandemic – almost PLN 400 per person is short of full implementation. But we have not forgotten that we deserve this money”, says Agata Jagodzińska about the resolution.

Trade unionists from the Union Alternative (ZA) have been presenting their postulates for a long time. On February 18, 2022, they sent a letter to Prime Minister Mateusz Morawiecki with their demands. They announced then that if the government did not agree, the organisation would plan a protest action.

From February 18, there were new burdens – including KAS employees were directed to help refugees from Ukraine fill in PESEL forms. And this despite the fact that – as the report of the head of the civil service for 2021 indicates – the tax office was once again the most heavily burdened group of officials.

Moreover, at the end of March, the Prime Minister and Deputy Minister Artur Soboń announced further changes in the Polish Deal.

Meanwhile, the government is proposing to tax administration officials a hike of 4.4 percent.

“Well, the question arises: how many new tasks can a tax employee, an ordinary clerk, be given? We are aware that we work for the state, each of us tries to do our best. We do it because we want to help taxpayers, help entrepreneurs – this was the case in the pandemic and especially now, after the entry into force of the Polish Order. But we also want to live with dignity “- indicates an activist of the Union Alternative in an interview. And adds:

“We have no problem with new tasks, we are responsible and committed employees. But the New Deal, inflation and the current economic situation have tilted the cup of bitterness, hence the protest.”

Working in hot weather in Poland. See what the regulations say...

29/06/2022 0
Working in hot weather is subject to specific provisions in Polish law. What does the law has to say when it comes to working...
Go to mobile version