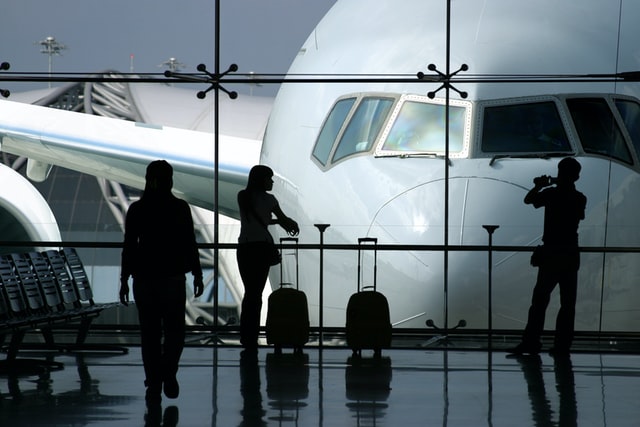 There is a staff crisis in the Polish Air Navigation Services Agency a.k.a. PANSA. The next talks on April 11 between the parties did not solve the problems. Travellers must be prepared for big problems.

In the announcement, the Civil Aviation Authority recommends that travellers prepare for delays in flight in the coming days. This is due to problems with the staffing of the air traffic control tower. Chopin Airport ensures that the delays are minor so far, and the airport is invariably operating around the clock

People who plan to travel by plane in the coming days should be prepared for difficulties. Flights can be delayed or even cancelled. This is the result of a conflict at the Polish Air Navigation Services Agency.

The Civil Aviation Authority issued a statement for travellers on Friday, April 8, in which it said that “in the coming days there may be irregularities in air traffic over Poland, including flight delays and cancellations”. He recommended passengers to be prepared for such an eventuality and to consult air carriers on the status of a given flight on an ongoing basis.

“There is a helpline of the Passenger Rights Protection Commission, where you can obtain information on the obligations of the carrier in the event of a cancelled or delayed flight and on the rights of passengers” – recalled in the statement.

“The issue of the duration of the delays depends primarily on the results of the talks of the new PANSA management” Karina Lisowska, spokeswoman for the Civil Aviation Authority, tells Business Insider.

Warsaw Chopin Airport informs that the delays are so far minor. “Arrival delays are insignificant, departure time is about 15-30 minutes on average. The development of the situation depends only on the resolution of the crisis by PANSA and the restoration of the proper staffing of the air traffic control tower”, says Piotr Rudzki from Chopin Airport.

He ensures that the airport is constantly operating around the clock, and the managing body has not made a decision to shut down the port.

The conflict in PANSA has been going on for several months. The agency says salaries are the bone of contention. At the end of January, PANSA published a communication in which it announced that it was introducing a new remuneration regulation, which “is an element of the modernization plan, implemented in response to the unprecedented crisis in the aviation industry and the difficult financial situation of the Agency”. According to the new remuneration regulations, air traffic controllers can earn up to PLN 45,000, including funds from the bonus fund.

“The group of inspectors from Warsaw does not agree to the new rules, whose wages according to the new rules are to reach this upper limit. The group represented by one of the trade unions demands the restoration of wage rates from before the crisis, i.e. from the times when the inspectors’ salaries were the highest in history. “- the Agency announced in a press release.

At the same time, she added that the return to salaries, in some cases reaching even nearly 100,000. PLN per month, in the current situation it is impossible. The agency claims that due to the lack of legal possibilities to carry out a legal protest action, the auditors took steps to block the changes being carried out.

“Reported indispositions, sick leave or failure to contact the employer in the event of the need to call for duty. These are actions of a sabotage nature” – stated in the release. At the same time, at the end of January, the Agency launched a new recruitment for the positions of air traffic controllers.

“It’s not about the money”

“It is misleading to inform the public that the subject of the dispute is salaries, and to suggest that over 80 percent of the staff have accepted the new remuneration regulations with satisfaction. The employees agreed to accept the new conditions, fearing losing their job. In the process of collective redundancies, it hired 141 new, while dismissing 135 highly experienced, trained employees, who have been associated with the organisation for many years, “the trade unions said.

The National Trade Union of Air Traffic Services listed 16 demands. These include the end of the employer’s abuse of single-position work, the introduction of the radar approach control service at TMA EPRZ, the creation of “senior controller” positions in regional proximity control centres, the definition of clear and transparent rules for professional development for operational personnel, raising salaries, clarifying the rules for increasing salaries together with with an increase in seniority, the restoration of 100 percent paid sick leave as well as weekend and holiday allowances.

The conflict in PANSA is trying to save the government. In March, Mateusz Morawiecki appointed Anita Oleksiak to the position of the president of the Polish Air Navigation Services Agency. It took the place of President Janusz Janiszewski, who is accused of causing a misunderstanding with the trade unions. Negotiations between PANSA and the other party are ongoing.

“We are very pleased, the president and representatives of the ministry were very open to all our security demands. Interviews are conducted in a substantive manner in an atmosphere of mutual respect and understanding. The talks will continue on April 12”, says Anna Glaubicz-Garwolińska, who is responsible for contact with the media on behalf of the Air Traffic Controllers Trade Union. However, she emphasises that there is nothing to expect that a compromise will be found at the next meeting, because there is still a lot to be explained.

Flight controllers made an agreement with PANSA. We are not threatened with paralysis during the holidays

28/04/2022 0
The Polish Air Navigation Services Agency (PAŻP), is striving to improve safety procedures, accepted and agreed to implement all the demands submitted by the...
Go to mobile version