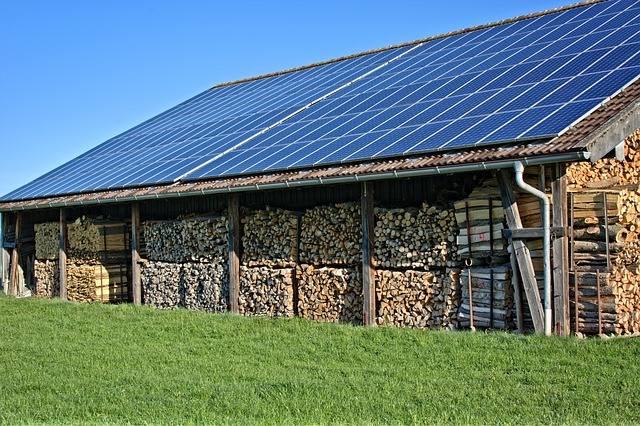 This year, the number of households in Poland using energy produced in their own photovoltaic micro-installations will exceed one million. More and more people are convinced of investing in photovoltaics, because their own source of green energy means  savings, independence and energy security.

Additional incentives from the state further increase the profitability of this type of investment. Therefore, the Polenergia Group takes advantage of the positive market trend and introduces an offer with a long-term price guarantee for new consumers. This is a response to the changed system of billing for the purchase and sale of electricity from new, home photovoltaic installations, effective from April 1.

The photovoltaic in Poland is a market is dominated by installations of single-family houses. It is estimated that every seventh house in our country has its own PV installation, and half of Polish houses have the technical capacity to build their own home solar power plant.

A comparison with other European countries such as the Netherlands or Belgium, where every fifth house has its own photovoltaic installation, and the level of insolation is not higher than in Poland, may indicate that our market still has great development opportunities.

It is very important for all of us, as consumers and as citizens of our country, that this renewable energy industry develops as soon as possible”, says Dr. Jarosław Bogacz, a member of the management board of the Polenergia Group.

Renewable energy sources are gaining importance in the face of rising fossil fuel prices. In addition, there is a high cost of CO 2 emission allowances.

“As a result, the purchase of electricity based on fossil fuels from conventional power plants is associated with the risk of further price increases. The end customer – deciding to install a photovoltaic system and becoming a prosumer – completely cuts himself off from this risk. By building his own photovoltaic installation and using our offer, he has the stability and full predictability of energy prices, which he will consume over the next eight years”, emphasises Dr. Jarosław Bogacz.

Price stability is a key factor

“This means full security for the customer, their own source plus a strong, reliable partner who can sell and buy surplus energy”, says Grzegorz Lot, member of the management board of Polenergia Sprzedaż.

As part of the new offer, Polenergia will carry out an individual design of a PV installation and help in its financing. It will also provide assembly, post-assembly audit and monitoring of the solar power plant seven days a week, 24 hours a day.

In addition to solar micro-installations, the customer also has a choice of additional solutions, including heat pumps, energy storage, charging stations for electric cars and smart home, which are to help achieve full energy independence of the household. The standard of energy that the prosumer will buy from the grid, which already meets the guidelines of the European Green Deal, is also important.

– Every household that uses our Polenergia 360 offer is completely ecological, because one hundred percent of the energy consumed by the entire ecosystem, i.e. from home to an electric car, is powered by green energy, produced locally or produced from renewable energy sources belonging to Polenergia – adds Grzegorz Lot.

As the representatives of the energy group emphasise, Polenergia 360 is a response to the change in the prosumer billing system, which came into force on April 1 this year.

“We are switching from net metering – where we settled our accounts in annual systems and balanced our energy on a yearly basis – to the net billing system. Therefore, now it is very important for consumers that the energy they buy is supplied at a good, fixed price” ,says Kamil Sankowski, member of the management board of Polenergia Fotowoltaika.

The previous net metering system provided that for every 1 kWh of electricity surplus, a prosumer could receive 0.7 or 0.8 kWh for free, depending on the size of the installation. He was also exempt from the distribution fee for consumed energy. Prosumers entering the market after April 1 this year. will be included in the net billing system. It assumes that the prosumer will sell the operator any surpluses arising during the period of increased energy production, and when he needs to supplement the shortages, he will buy energy from the grid, all at market prices.

“The existing system was one of the most advantageous systems for the development of prosumer energy in Europe. And it fulfilled its role. In Poland, we have reached almost 1 million consumers, but this system had to be changed, adapted to the existing conditions and replaced with one that would be more suited to the long-term development of this technology in Poland”, explains Kamil Sankowski.

You have to take into account that customers who decided to buy a photovoltaic installation a year or two ago did not have a vision of such an increase in electricity prices that we are now facing. So the payback periods we proposed two years ago in net metering are very similar to what we are proposing now in net billing.

The net metering system used since 2016 shortened the period of return on investment in PV from over 15 to 10 years. Additional incentives from the state – the My Electricity program and the thermo-modernization relief – shortened it by another two or three years. The same horizon is assumed by the new offer of Polenergia. Investment in own photovoltaic installation with a power of 4.5 kWp – taking into account the consumption for own needs at the level of 20%. and taking advantage of the thermo-modernization relief – it may pay off within seven to eight years.

“Co-financing from the My Electricity program in combination with our Polenergia 360 offer makes the profitability of such an installation significantly increase compared to the normal billing system” assesses a member of the management board of Polenergia Fotowoltaika.

Photovoltaic in Poland is growing fast

Photovoltaic in Poland has been booming for several years and is the fastest growing segment of the RES market. According to the data of the Energy Market Agency, at the end of January 2022, the total capacity of solar micro-installations amounted to 6123 MW, and in Poland there were already 876 thousand. prosumers who mostly generate energy in home PV installations. Only during the year, nearly 400,000 of them were added.