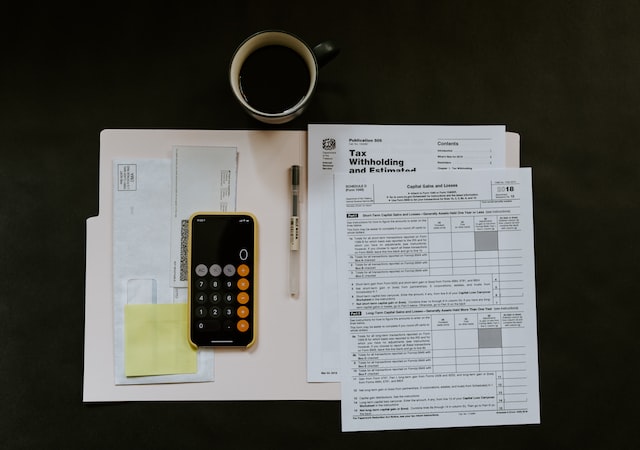 The windfall tax, or “Sasino’s tribute”, is likely to hit mainly five large state-owned companies. They will pay a total of about PLN 10 billion. The rest will consist of, among others large private businesses.

Banks, developers and many well-known companies listed on the stock exchange are the target. Experts indicate that many of them should not be included in the list of payers who will finance the government’s plans to combat energy price increases.

It has become clear how the government, albeit partially, will finance aid to Poles and companies in the face of enormous increases in energy prices. It will reach the pockets of the largest companies. Although we do not know the exact regulations yet, the authorities have already estimated the budget revenues from the new levy at around PLN 13.5 billion.

What is the windfall tax in Poland?

The information so far shows that Jacek Sasin wants companies employing over 250 employees and boasting a sufficiently high increase in margins (compared to the average margins from 2018-2019 and 2021) to pay 50% a tax on these extraordinary profits.

Experts have been asked which companies could suffer the most from the new windfall tax. It turns out that it is not easy to enumerate all this. There are several problems and they mainly result from vague regulations.

There is a big mess

– The announced tax on windfall profits, so far present in the media space, without any specific draft regulations, is quite problematic in the analysis. First of all, it is not very clear what is to be the basis for calculating the reference margin – gross profit before tax or gross profit on sales? – wonders Tomasz Bursa, vice president of Opti TFI.

In an interview, he notes that a gross profit margin is rather assumed, but – as he emphasizes – the devil is in the details. It talks about a lot of confusion and many unknowns.

– Another problem is applying the same measure of profitability to different business profiles and not taking into account the specific situation of some companies – he emphasizes.

In turn, Sobiesław Kozłowski from Noble Securities wonders whether the tax will not exclude, for example, investments in ecology and energy independence. He also has doubts about the treatment of companies that recorded losses in previous years.

Now, with even the smallest profit, such an entity would have to pay tax on windfall profits? In addition, there are problems with estimating this year’s and next year’s costs in the case of, for example, energy companies.

Who and how much tax will be paid?

Experts have no doubts that the energy, fuel and raw materials industries in general will pay the most tax. Banks will probably also contribute to the state treasury. Analysts from the American rating agency Fitch indicated that PKN Orlen will be one of the largest taxpayers, even in Europe .

Approximate calculations suggest that Orlen may pay about PLN 2 billion. The company representatives was asked directly about their estimates, but so far the media has not received any reply.

Even PLN 3 billion could be paid by the PGNiG group, although the gas giant itself avoids making any specific comments about the new windfall tax.

“The announced tax has the nature of a proposal for now, and its assumptions may change in the course of further legislative work, therefore estimating and public commenting on the potential impact of the proposed solution on the company’s financial liabilities is premature at this stage” –  is a comment received from the press office PGNiG.

– Most of the announced PLN 13.5 billion of tax revenues will go to several large state-owned companies. When analysing the data of only listed companies, it can be assumed that they will be: JSW, KGHM, PKN Orlen, PGNiG and PGE. Assuming their taxes will not be deferred. Together they will pay about PLN 10 billion – estimates Tomasz Bursa.

KGHM and JSW do not comment on the matter.

Private businesses in the spotlight

The vice-president of Opti TFI indicates that the remaining PLN 3.5 billion will be distributed among many private companies. The list of potential entities listed on the Warsaw Stock Exchange is long.

Among them is, for example, the chain of Dino, Wittchen, Asseco Poland, Wirtualna Polska and CD Projekt stores. Larger developers such as Atal and Dom Development can also be found there.

Theoretically, InPost could be an interesting case. A tax at the level of PLN 150 million could constitute about a few percent of the profits for 2022. A significant percentage may be the tax in Grupa Kęty (the largest producer of aluminium profiles and components in Poland).

The victims of the new tribute could also be Dom Maklerski XTB, which will benefit from greater volatility on the financial markets this year, or the company Kruk (debt collection), whose profits this year thanks to, among others, an increase in interest rates may turn even around PLN 1 billion.

“We will analyse the bill, how it will be available and on this basis we will estimate whether and in what amount the tax on our group could be incurred. We are not a bank or an energy company, but a large enterprise with nearly 50% of business abroad, hence it will be important to know details of the act and its interpretation “- comments the press office of Kruk.

– In many cases, the tax will be paid endlessly in line with the government’s idea to impose a levy on companies that benefited, for example, from the energy crisis.

The very idea of ​​taxing windfall profits of commodity companies makes sense, but the rules should not apply to all large companies that will often suffer from some kind of one-off windfall gains unrelated to the current economic situation. I encourage the rulers to reflect and discuss the exclusions, appeals Tomasz Bursa.

Banks have recently been hit by a large proportion of government action. It may also be this time, but on a much smaller scale. The calculations of the analysts of the mBank Brokerage House show that three banks could be covered by the “Sasin tribute”: Santander (potentially the tax could amount to PLN 394 million), Citi Bank Handlowy (PLN 457 million) and BNP Paribas (PLN 23 million).

This may be particularly painful for Citi Bank Handlowy, for whom the tax may account for about a quarter of the profit from 2022. For the rest, it could end up at a few percent.

Bank Handlowy, when asked for a comment, they wrote briefly: “We do not want to comment on press reports”. Santander didn’t even react.

– It seems that banks will not suffer much. Although it is not known how the profit will be calculated. There is a different accounting and tax result in banks. Bank Millennium had an accounting loss last year and paid income tax – notes Tomasz Bursa.

Tauron on the new tax

Of the dozen or so companies we asked to comment on the new tax, most refused to speak. The exception is the state-owned energy group Tauron. By the way, she more broadly referred to the suggested extraordinary gains in the energy sector.

– From the point of view of our business, we are just analysing the impact of the tax solutions proposed by the government on our results. At the moment it is difficult to precisely estimate their effects – says Paweł Szczeszek, president of Tauron.

– However, please remember that in the case of the sales segment it is difficult to talk about enormous profits today. In the first quarter of 2022, for the first time since time immemorial, Tauron Sprzedaż recorded a loss. This is a company that has been one of the growth poles for us. This is a completely different situation compared to previous years, when we generated EBITDA in this segment at the level of PLN 500 million per year – explains the president.

He emphasises that the situation is very difficult for the company and that it is losing out on the energy crisis. And this is when it has to invest, because as the largest electricity distributor in Poland it has huge needs.

– We have PLN 24 billion to invest in this segment by 2030. We will not finance this investment program only from increasing the tariff. Let me remind you that there is no question of carrying out an energy transformation without modernising and expanding the power grids. The distribution network is the basic level for the integration of RES producers.

These investments cannot wait. In addition, we are in a difficult situation in terms of sales, because by creating a rich offer for customers related to a number of additional services, we expected that we would be gaining on it, not losing it – explains the president.

Paweł Szczeszek also points out that, according to the so-called under the exchange obligation, the energy seller contracts the supply of energy for its customers on the exchange market, regardless of the fact that it functions within the structures of an energy group with generation sources.

– The exposure of our group to these risks is special due to the advantage of the retail market potential resulting from the area of ​​operation over the production capacity. The annual demand of Tauron’s customers is around 30 TWh, while electricity production is 12 TWh per year.

This means that Tauron has to buy electricity on the wholesale market. In addition to the drastic increase in energy prices, this year we are dealing with very high volatility of the quoted prices at the level of several hundred zlotys per megawatt hour from day to day – emphasises the president.

A flood of difficulties in many Polish banks over the weekend

15/07/2022 0
The upcoming weekend will be full of problems with access to accounts, making transfers and making payments with Blik. Seven Polish banks have announced...
Go to mobile version