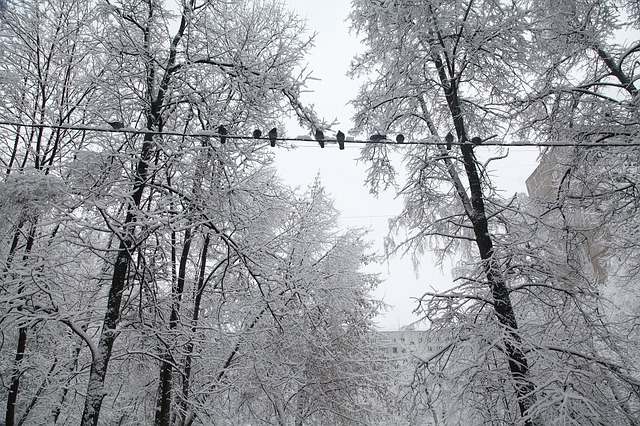 The Polish firm Polska Grupa Energetyczna (PGE) informs about numerous cases of house holds there are without electricity. The reason is the snowfall.  “Due to heavy wet snowfall, there were mass failures in the power grid in PGE Dystrybucja.

Snow weighs down the branches of trees, which in turn are placed on transmission lines, causing earth faults and cable breaks, ”reads the announcement of the Polish Energy Group.

110000 households without electricity in Warsaw

In the Warsaw branch alone, restrictions affect over 110,000 households. “3 high voltage lines are damaged, about 150 – medium voltage lines, about 34000 people remain without power. MV/LV stations “, it was written in the release, which was the status at 6 o’clock this morning.

There are also huge problems in the Skarżysko-Kamienna Branch, where over 95,000 people are left without electricity. In the Lublin Branch, approx. 36000 of people expect to resume electricity soon.

“In the remaining Energy Regions of the above-mentioned Branches and other Branches of the Company there are minor distributed failures” – PGE informs.

The largest Polish electricity supplier ensures that the company’s technicians work without interruption from receiving the first signals about a grid failure.

“The situation is dynamic due to the unfavourable weather conditions – continuous, persistent snowfall.

We assure you that energy teams will work until all failures are fixed ” PGE wrote, however. “We ask all PGE Dystrybucja customers who suffer the effects of the lack of electricity for patience and understanding” – it was written in the press release.

There are of course more electricity providers in Poland. So most likely the numbers of households without electricity are even higher!

It is not “only” in Poland that it has snowed a lot, the same case is in Denmark and also a big amount of snow as in Poland. But the weather forecast shows that the snow will soon be gone in Poland besides the mountains in the south of Poland of course.

Gas from Lithuania flows to Poland from today

05/05/2022 0
Thanks to the new gas connection with Lithuania, Poland gains access to the terminal in Klaipeda, which strengthens the level of security of gas...
Go to mobile version