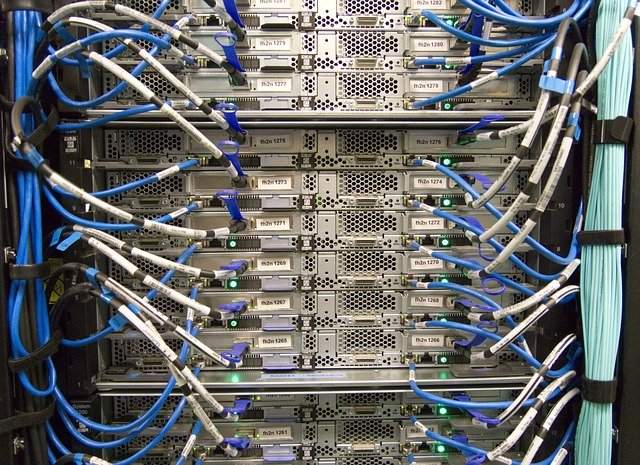 Only 5 percent of companies from the IT industry in Poland measure their carbon footprint, but half of them intend to do so in the coming years, according to the InCredibles and INSPIRED research.

The pressure to reduce energy consumption and CO 2 emissions in the IT sector is constantly growing, which is contributed by, inter alia, customer requirements and EU legal regulations related to the energy transformation.

In addition, rising energy prices increase the costs of maintaining IT infrastructure, which is why companies look for external services from green suppliers. Cloud and data centres will play an important role in the greening of the industry.

IT is an energy-intensive industry

“IT is an energy-intensive industry, but there are some innovations in it that allow you to think about an alternative, e.g. for servers that generate a carbon footprint.

On the one hand, it is the way these servers are powered, on the other – what components do they consist of and what does the server room look like physically, because we are thinking about a huge field full of computers, and it may turn out that the servers can operate in special capsules under water.

We also do such projects at Microsoft  – says Łukasz Foks, start-up business manager in the Microsoft Azure team.

The giants see innovation as hope that the situation will improve. Microsoft is testing, among others, supplying the data centre with hydrogen technology and implements the Natick project.

It envisages that servers in special tubes are placed below the water surface, powered by renewable energy from sea waves and cooled by the surrounding water. Such a solution could significantly reduce the energy consumption of the data centre in the future, and at the same time reduce costs.

“The project of capsule data centres that are located under water is an interesting example that also shows the challenges arising from running this type of business such as the cloud. We are talking about cooling, the availability of certain hardware solutions, their replacement and servicing, about certain signals, thanks to which we are able to assess whether this infrastructure works as desired” – explains the Microsoft expert.

Sustainable development and the pursuit of climate neutrality is becoming a necessity in every business, regardless of the sector. It also does not bypass IT.

According to the February report “Opportunities and threats – social and environmental responsibility of IT companies” INSPIRED and InCredibles, the technology sector is currently responsible for 4 percent. global greenhouse gas emissions.

According to data cited by Beyond.pl, the first Polish company to join the European Pact for the Climate Neutrality of Data Centres, accelerated digitization in Europe means that by 2030 the estimated energy consumption of data centres will increase by approx. 18%.

Mordor Intelligence estimates that in 2020 in the United States alone, the data centre sector consumed up to 139 billion kWh of electricity and emitted up to 147 million tons of CO into the atmosphere.2 .

“Energy consumption can be reduced, but first you need to calculate what carbon footprint we actually generate and how much energy we use in terms of the solutions we use. Then, when wandering to the cloud, you should  consider  how this power consumption will change.

At the level of our Azure cloud, we have an option that allows you to calculate this carbon footprint very quickly and everyone who uses it will be able to compare the power consumption in the context of specific cloud services to what they actually operate under their roof with just a few clicks. server room”  – says Łukasz Foks

The InCredibles survey shows that only 5 percent. companies from the technology industry in Poland measure their carbon footprint. Half of them declare that they intend to do so in the coming years.

The responses of the surveyed companies also indicate that most of them do not produce or buy energy from renewable sources or do not know whether they use green energy in their daily operations. 90 percent of companies do not analyse how their software affects energy consumption.

“Microsoft undertakes many initiatives for sustainable development. We announced an ambitious plan that shows some perspectives of the neutrality we achieved in 2012, but we want to be carbon negative by 2030, and even clean the emissions we generated by 2050.

We are talking with them to show  some  good practices that may cause this emission to be reduced” says a Microsoft expert.

Cloud computing may be “green”

Experts indicate that cloud computing may play an important role in “greening” the industry. Microsoft’s report “The carbon benefits of cloud computing” from 2020 indicates that the provider’s cloud is from 22 to 93 percent. more energy efficient than traditional data centres in individual companies. Powering green energy also makes it from 72 to 98 percent. more favourable in terms of CO 2 emissions .

The ecological advantage of the cloud is also confirmed by the Accenture report (“The Green Behind the Cloud”). He estimates that in global terms, the reduction of carbon dioxide emissions could amount to as much as 5.9 percent.

The total emissions for which the IT industry is responsible, or almost 60 million tonnes of CO 2 per year, which corresponds to the removal of 22 million cars from the roads. Even partial migration to the cloud can reduce carbon dioxide emissions by over 84%. compared to traditional infrastructure.

An even greater reduction, up to 98%, can be achieved by designing applications dedicated to the cloud. Accenture analyses have shown that the savings resulting from migrating to the cloud can reach up to 30%. the total cost of owning your own infrastructure.

Most experts agree that the cloud will play an important role in the EU’s energy transformation process, enabling further digitization on the one hand and helping to reduce CO 2 emissions on the other.

Hence, the concept of Green Cloud has become popular in recent years, referring to the environmental and financial benefits that can be provided by services provided via the Internet with the use of cloud computing technologies.

“The cloud can certainly be green. However, you should check what the actual operations of a given cloud provider look like. Having a server room that handles all of our calculations generates a carbon footprint, so this should be compared to what the cloud provider is offering, considering what metrics it reports and whether it will actually help us reduce emissions.

Today, many companies indicate that in a moment they will have to report their emissions resulting from IT operations, so it would be good for the supplier to provide the end customer with such a report” says Łukasz Foks.

The pressure to reduce energy consumption and CO 2 emissions is constantly growing, which is due to, among others, customer requirements.

According to CloudBolt data, cited by Beyond.pl, already 68 percent of large IT companies, when selecting data centre and cloud service providers, take into account their approach to the environment and sustainable development. In turn, 79 percent. is ready to pay extra for energy from renewable sources.

However, the key role is played by EU legal regulations related to the energy transformation and the growing prices of raw materials and CO 2 emission allowances in the EU ETS. For companies, they mean that maintaining IT infrastructure will become more and more expensive, so investments in green energy sources will become necessary.

Therefore, according to the Mordor Intelligence report (“Green Data Central Market – Growth, Trends and Forecast 2020-2025”) – the demand for data centres powered by green energy will increase with each passing year. By 2025, their market is expected to reach $ 181.91 billion. (compared to $ 53.19 billion in 2019), an increase of 23%. annually for five years.

Job offers in Poland mainly for IT specialists. But not only they are in demand

Google creates a new team in Poland. After Warsaw and Wrocław...

16/05/2022 0
According to the company, Krakow is the second city, after Warsaw, where Google will employ qualified specialists and specialists from the IT sector to...
Go to mobile version