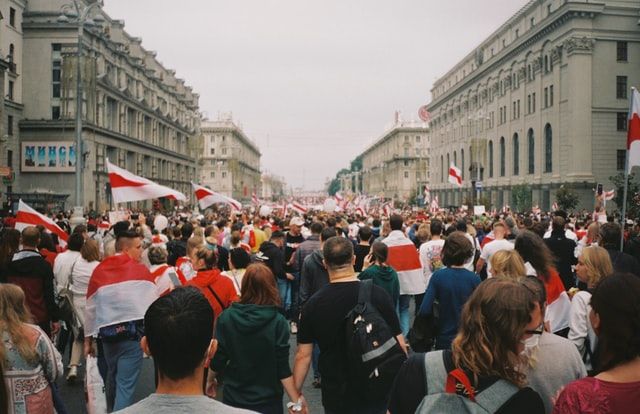 The Business Center Club (BCC), the Federation of Polish Entrepreneurs (FPP), the Lewiatan Confederation, ZPP, the Employers of the Republic of Poland, the Polish Craft Association of the Businesses are all appealing to the government to legalise the stay of Belarusians in Poland and enable them to take up employment immediately after crossing our borders.

“Due to the unprecedented influx of war refugees to Poland, the government prepared a special act providing for special conditions for Ukrainians to legalise their stay and obtain the right to work.

As a result, the next hundreds of thousands of people crossing the border can immediately fully legally seek employment, thus gaining financial independence from any state aid ” the appeal says.

A significant number of people coming to Poland from Ukraine are women, while in recent weeks around 100,000 men have gone back to their country to defend it against Russian aggression.

As a result, due to the employment structure (predominance of men) resulting from the characteristics of tasks performed by employees, some sectors of the Polish economy face a serious problem of the shortage of labour, emphasised.

Stay and employment also for Belarusians

“Considering the above, and taking into account the fact that in connection with the war we are receiving signals about a significant number of Belarusians planning to flee the country for fear of further repression and mass conscription, we appeal to the government to introduce -as part of the amendment to the special act

The possibility of quick legalisation of stay and employment also for Belarusians, on the same terms as for Ukrainians. In this way, we will be able to simultaneously respond to the needs of the Polish economy and attack the Lukashenka regime ”  the appeal says

Foreigners bought a record number of apartments in Poland in 2021

Lotos responds to the promotion of Orlen. There will be a...

30/06/2022 0
Lotos Paliwa is currently finalising work on a holiday discount for customers of the Navigator loyalty program. It will start on July 1 A discount...
Go to mobile version