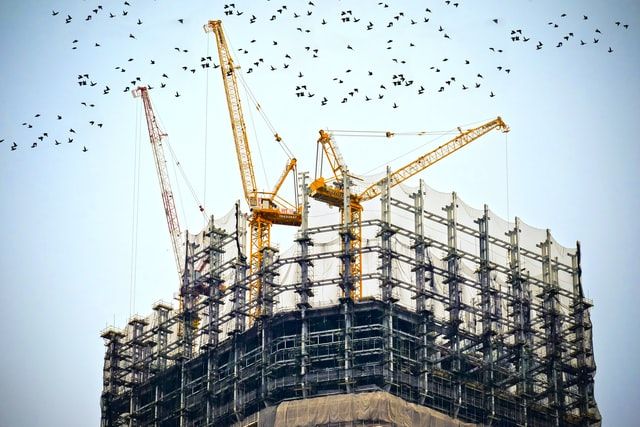 The numbers of Ukrainian citizens from the Polish labour market as a result of the war in Ukraine poses the greatest risk to the development of the construction industry, industrial processing and transport, which have long suffered from staff shortages, estimates BNP Paribas Bank Polska.

According to the bank, the most serious situation is currently in the construction sector, where more than 40 percent. of the surveyed companies mention the lack of employees as a barrier to activity.

“The outflow of Ukrainian citizens from the Polish labour market may be a significant challenge for the construction industry, industrial processing and transport, which suffered from staff shortages even before the outbreak of the war. I

In total, these three industries employ over 30 percent of all Ukrainian citizens working in Poland – the bank said in the report “War in Ukraine – the impact on the Polish labour market”.

According to the authors of the report, problems with employment in these sectors may limit the current activity of companies, inhibit investment growth and, consequently, weaken the dynamics of GDP growth.

“The construction industry may find itself in the most difficult situation – where over 11 percent employed are employees from Ukraine, and over 40 percent. enterprises have previously reported staff shortages, as well as transport and logistics (12.6 percent of employees are Ukrainians)”  they wrote in the study.

According to estimates by BNP Paribas BP, employees from Ukraine account for the largest share of the total number of employees in industries such as administration (18%), transport (13%) and construction (11%).

The outflow of workers from Ukraine will contribute to maintaining or even increasing the wage pressure due to the lack of qualified staff, an increase in costs in individual industries and a slowdown in investments in the short term.

“At the moment it is difficult to precisely estimate the impact of the war in Ukraine on the Polish labour market. We do not know how long the war will last, what peace will be concluded and ultimately what the post-war social, economic and political reality will look like in Ukraine, Poland and Europe.

Certainly, however, the currently observed migration movements will and may have a different impact on individual sectors of the Polish economy – employment and wages. Their effects can be divided into short-term and medium-term,  the report reads.

As the bank points out, the medium-term effects of migration as a result of the war are potentially positive for the service industries, and may also contribute to the professional activation of women from Ukraine who came to Poland; increase in employment in sectors with a high share of women (education, health care and social assistance, trade, other services), weakening the pressure on wages in the above-mentioned sectors; increase in sales and potential growth of new jobs.

Uncertainty on the Polish job market

“In the long run, it is currently difficult to estimate how many refugees from Ukraine will be in Poland and how many will decide to stay here. Some of them will emigrate to Western European countries, or – when the war is over – decide to return to their homeland.

After the war, some of the Ukrainians currently employed in Poland may also decide to return to the country to rebuild it from the war damages –  summarised the Polish bank BNP Paribas Bank Polska

30/05/2022 0
According to the government's announcements, that is here as planned, in 2023 we will face a two-stage increase in the minimum wage: the first...
Go to mobile version