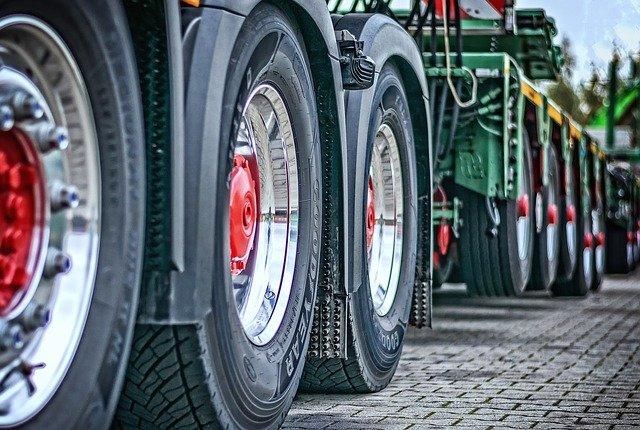 The war in Ukraine is hitting the Polish transport industry more and more. Carriers are losing drivers: if, before the Russian invasion, trucks with Polish registration were driven by approx. 105000 Ukrainians, according to the Association of Employers Transport and Logistics Poland (TLP), 25-30 percent. of them have already applied for unpaid leave to return to the country. “The situation is getting very serious” says Maciej Wroński, President of TLP.

In one of the companies employing mostly drivers from Ukraine, 80 percent will already be grounded. Carriers expect this exodus to intensify.

Bureaucracy also a problem in transport

In addition, problems with manning cars may aggravate the formalities with visas necessary for driving in the Schengen area. TLP explains that to extend them, you have to go to the Polish consulate in the country where the driver lives.

While in the case of Ukrainians one can expect the introduction of facilitations, Belarusians, the second largest group of drivers in Polish transport (there are over 20000), will have to go to Minsk for a visa. And in the current tense situation, they may have problems returning to Poland.

There is a growing fear in the industry about closing borders. It is true that on the scale of all international road transport carried out by Polish companies, the eastern direction is less than 10 percent.

But in terms of the number of transports, it is quite a lot: according to the permits issued, last year about 200000 trucks with Polish registration entered Belarus and to Russia about 180000.

Now Polish drivers do not want to go there anymore: neither to Russia, nor to Belarus, not to mention Ukraine. Last week, the Ministry of Foreign Affairs advised against all trips to Russia and Belarus.

“On Tuesday, we received an urgent request to report the number of all vehicles (there may be over a thousand) with Polish registrations located beyond the eastern border, so nothing can be ruled out.

We do not know what the escalation of the next sanctions will be”, says Piotr Mikiel, director of the transport department at the Association of International Road Carriers in Poland (ZMPD).

Currently, practically only Belarusian drivers drive in Polish trucks to the east. -”There are terrible queues at the borders. You have to wait up to two weeks to get in and out” says Artur Kamiński, the owner of Artex Transport, whose drivers are 90 percent Belarusians.

Belarusian drivers also drive in the Stok-Pol company: with a dozen or so cars, transporting goods from Great Britain to Russia. ”I did not give up this direction, although the Russian contractor owes me a lot of money and I could not cope if he did not pay me for some reason” says Waldemar Jaszczur, owner of Stok-Pol.

Russian companies for which road transit through Poland is a key source of supply are also worried about the closing of the borders in eastern Poland. It is about, for example, parts and components for machines or products of the chemical industry, as well as food imported from Western Europe.

It is brought to the Kaliningrad Oblast almost exclusively by road. The carriers admit that the Russians are now ready to pay much more for freight than before the attack on Ukraine.

The war also hits the drivers themselves Russians, of whom there are about 2500 in Polish transport companies, meet with increasing reluctance on the road: it happens that stations are refused service, including refuelling.

There are also incidents in parking lots with Ukrainian drivers. Belarusians also have problems. Last week, one of the drivers of Stok-Pol, whose several cars transport the spoil from the railway tunnel under construction in Łódź, was beaten last week. As he claims, by Ukrainians who were supposed to hear when he spoke to the service in Russian in the store.

“They smashed his head, he ended up in the hospital. Now he and his colleagues are afraid to walk around the city alone”  claims the owner of Stok-Pol. There are concerns that similar situations may occur more and more often. ”This wave of aggression is unnecessary to anyone.

Meanwhile, the situation with the increasing lack of drivers coming from beyond the eastern border is all the more serious as Polish transport companies have had problems with manning all vehicles for years.

According to various sources, the Polish transport market lacked from 120000 to even 200000 drivers, even before the Polish road transport labour market began to drain the war in Ukraine.

An increasing problem is the increase in costs, including due to the EU mobility package and the provisions of the Polish Deal. In December, the National Debt Register reported that the industry’s debt had increased by 27 percent compared to the pre-pandemic period. In total, nearly 235000. companies had 151500 overdue liabilities in the total amount of 1.24 billion PLN.

Last month, Rzeczpospolita wrote about the growing number of transport companies moving their activities from Poland to Germany.

“Employment in transport in Germany is starting to be more profitable. With the same wage conditions, the employer saves more on costs, and his employee gets the same amount, or even more”, says Agnieszka Bollmann, head of the consulting company Bollmann und Partner, servicing Polish shipping companies moving across the Odra River.

The end of the air traffic controllers’ strike: there is an...

28/04/2022 0
The Polish Air Navigation Services Agency agreed to all the demands of air traffic controllers regarding safety rules and the return to pre-pandemic salaries....
Go to mobile version