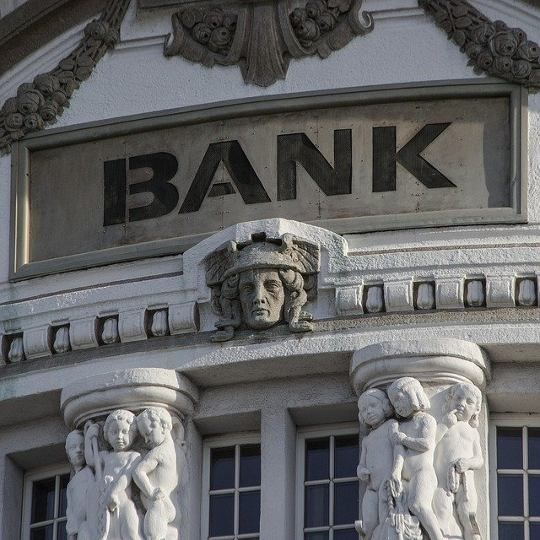 It may sound weird to many, but 2022 can be a record year for the Polish banks. Rising interest rates mean that borrowers have to pay higher and higher instalments. Thanks to this, banks will record additional billion-dollar profits without any special effort.

Throughout the year, the sector may generate as much as 20-25 billion PLN in net profit. This would be the highest score ever.

Since October, the Monetary Policy Council has been raising interest rates. A week ago, the reference rate went up by 0.75 percentage points, to 3.5 percent. , the highest level in almost a decade. While for borrowers this means only negative information due to the increase in instalments , banks are counting additional billions of profits.

In January, the Polish banking sector generated a net profit of nearly 1.7 billion PLN, three times more than in the corresponding January 2021 . It was successful despite posting approximately 1.5 billion PLN in contributions to the Bank Guarantee Fund (nearly PLN 0.7 billion more than a year ago).

Such a high January net profit is mainly due to the record-high net interest income. To put it simply, it is the difference between interest income (mainly inflows from repaid loans) and interest costs (interest paid to depositors and bondholders). In January, it amounted to 5.6 billion PLN, i.e. by as much as 47 percent. more (1.77 billion PLN) than a year ago.

The increase compared to December 2021 is nearly 12%. (i.e. almost 0.6 billion PLN). This is an unprecedented rate of growth. The loan portfolio has hardly changed for a year, which clearly shows that the reason for the significant rebound in interest income is the increases in interest rates and WIBOR rates.

This directly translated into a large increase in interest income. At the same time, banks maintain an almost zero interest rate on deposits, which is possible due to the large excess liquidity.

As a result, banks’ margins and interest income are growing. “This will be a phenomenal interest result of banks in the first quarter” announces Kamil Stolarski, head of the stock market analysis team at Santander Biuro Maklerskie.

Are the next months for Polish banks even better?

3M WIBOR in January averaged around 2.7 percent, and now it is 4.2 percent. and will be even higher. FRA (Forward Rate Agreement) contracts indicate that 3M WIBOR may reach as much as 6% in six months.

If the following months were like January, the banking sector would generate  66 billion PLN in interest income throughout the year, almost 20 billion PLNmore than in 2021 (this would translate into almost 16 billion PLN in additional net profit).

However, it may turn out that these assumptions are too cautious, because the above calculation is based on the level of WIBOR rates from January, and in some cases also from previous months, when they were significantly lower than now (mortgage instalments – and these are loans that have the greatest impact on the net interest income). – are updated every 3 or 6 months).

If the FRA market is right, the coming months will see another increase in WIBOR rates and loan instalments update.

So it looks like the interest income will continue to grow very strongly . “A lot depends on what will happen with the rates of deposits. However, I do not expect the leading banks to raise interest rates in the coming months.

Even though it is close to zero, their deposits continue to grow and liquidity increases. In such a situation, it is difficult to assume that rates will increase significantly and more money will flow to deposits, which would result in an increase in bank financing costs and pressure on the margin and interest income” says Kamil Stolarski.

Over 20 billion PLN of Polish banks’ profit this year?

Operating costs increased, but to a much lesser extent and mainly due to higher BFG fees. Everything indicates that the coming months will be a real harvest for Polish banks.

“My forecast for 9 leading banks assumes 19.5 billion PLN of total net profit this year, so the entire sector will probably exceed 20 billion PLN. However, a lot depends on the scale of provisions for Swiss franc mortgages.

After January, however, it is clear that there is a chance for a better than expected interest result” says Łukasz Jańczak, an Erste Securities analyst. Some experts estimate that this year the industry will have to add up to 10 billion PLN in provisions for losing Swiss francs .

For comparison, in 2021 the industry had a net profit of 8.9 billion PLN. In 2020, due to large franc reserves, almost zero interest rates and pandemic reserves, the sector had a net loss of 0.3 billion PLN.

Maciej Marcinowski, deputy head of the analysis department of Trigon Dom Maklerski, also emphasises the importance of the amount of franc reserves when estimating the sector’s profit this year. “Without them, we would have reached a net profit of 25 billion PLN without any problems.

This is assuming a low cost of risk. It is also possible that the interest rate on deposits will sooner or later move up. After all, 25 billion PLN of net profit for the entire year is the minimum scenario , it will probably be closer to  30 billion PLN” estimates Marcinowski. This is also under the condition that politicians do not introduce regulations to help borrowers and limit the impact of growing WIBOR .

Marcin Materna, director of the analysis department at Millennium DM, is more sceptical . “In my opinion, it will be difficult to achieve a net profit of 20 billion PLN this year, because I expect problems with the quality of the portfolio. I also expect a decrease in margins on new loans and loan commissions.

Maybe it doesn’t matter that much in the results, but there will always be some negative impact – says Materna. He adds that interest rates on deposits will also increase, which will put pressure on the interest margin and the net interest income will not grow so much.

On top of that, there are further significant reserves for Swiss franc mortgages (especially since the Swiss currency has been appreciating recently). But in general, this year will probably still be good for banks” admits Materna.

Loan performance will not deteriorate drastically

Another risk to banks’ earnings relates to whether customers will be able to pay back loans given rising instalments. Problems in this regard would necessitate an increase in performance reserves.

“After February, there is no significant increase in credit reserves and costs of risk in banks. Perhaps the costs of risk will increase to some extent this year, because several negative factors have accumulated” says Kamil Stolarski, pointing out that the scale of this should not be significant.

In addition, some large banks still have a lot of reserves established for the pandemic and the economic slowdown, which will reduce the need to establish new ones. On the other hand, a year with revenues as strong as this could induce some bankers to create increased reserves now in order to have some security cushion for the future” adds the Santander expert.

The problem for borrowers is rising inflation and loan instalments , which can be particularly painful for companies that consume a lot of gas or other commodities, whose prices have recently skyrocketed, and which have problems translating this increase into their customers. Smaller companies, e.g. those with businesses in Russia and Ukraine, smaller developers and some construction companies may be in trouble.

However, several months will pass before problems with repayment of instalments arise. However, the scale should not be as large as in the pandemic, when the economy shrank by a few percent (although, on the other hand, anti-crisis shields helped). Now economists reduce the GDP growth rate “only” by 1-1.5 percentage points. against pre-war scenarios.

For now, households should also mostly deal with the repayment of instalments. And although the opinions of the bankers themselves are divided, for the time being they are rather calm even about those customers who took out mortgages at almost zero interest rates between May 2020 and September 2021. There is no doubt, however, that there will be more customers who will fall into trouble .

While the banks’ nominal net result is impressive, it is largely the result of the growing scale of the industry. Profitability, on the other hand, only returns to levels sufficient to cover the cost of capital. ROE, i.e. return on equity, of the banking sector at the end of January was 4.9 percent. against 4.4 percent in December.

A year ago at this time it was around zero. If the banking sector generated 20 billion PLN in net profit this year and equity did not change, ROE would be 10 percent. (25 billion PLN of profit equals a ROE of 12.5%).

Just before the pandemic, the average ROE in the sector reached 7%, in the best of times, just before the financial crisis, this ratio exceeded 15%. Back then, however, capital requirements were lower (banks had to keep less of their own money than now), and interest rates were higher than in 2015-2020.

Russia’s attack on Ukraine cause crash on Warsaw Stock Exchange

25/02/2022 0
The Russian invasion of Ukraine started as we all know Thursday morning and determined the result of Thursday's session on the WSE.  WIG20 index 52-week...
Go to mobile version