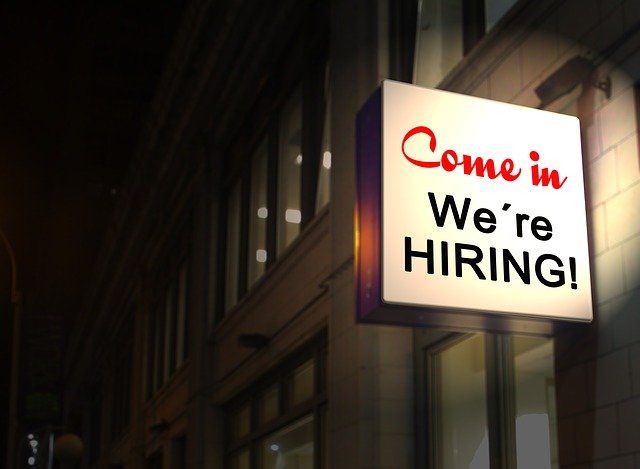 More Polish companies help Ukraine, offering, among others, discounts on the purchase of their products, free services for Ukrainian citizens and financial support for humanitarian organisations.

This is help needed on an ad hoc basis. In the long term, jobs will be very important. The first companies are already declaring their readiness to employ refugees.

The government is working on regulations that will simplify the path of employing Ukrainian citizens as much as possible. Until now, in order for a foreigner from Ukraine to legally work in Poland, her or him had to have a visa that allowed her or him to work legally in Poland.

Currently, it is not possible, and many people who got to the territory of Poland last week do not have passports or visas with them.

Easier for Ukrainians to work in Poland

On 1 of March, the Minister of Family and Social Policy, Marlena Maląg, announced changes in the law that are to make it easier for Ukrainians to settle down and start working in Poland.

According to her declaration, an employer who wants to hire an employee from Ukraine will only have to report this fact to the poviat labour office.

The details of the solution are not known yet, but there is already a so-called declaration procedure that allows you to quickly and easily employ a citizen of Ukraine for a period of up to 24 months.

As Minister Maląg declared, Ukrainian citizens can look for employment through the government service. The job offers database, also in Ukrainian, is available here.

Databases of companies that would like to create jobs at home are also created at the level of local governments. For example, the Poviat Labour Office in Wrocław encourages employers interested in employing visitors from Ukraine to contact them.

Organisations associating business representatives also got involved in helping refugees find work. And so the Federation of Polish Entrepreneurs in its announcement on 1 of Marchinforms that it already has 250 jobs for Ukrainian citizens.

It also launched a dedicated helpline that you can call in search of employment. Employers of the Republic of Poland encourage entrepreneurs who have vacancies, especially for women, to report this fact by phone or e-mail.

They offer assistance in completing any technical issues related to the connection of a specific employer with an employee.

These companies have pledged to help

According to unofficial information, over 12000 people may find work in the trade alone in the country in the coming months. One of the companies in this industry that has declared its willingness to employ refugees is Biedronka.

It already employs over 1800 Ukrainian citizens. The network announced that it would simplify the procedures for employing Ukrainians in its stores and distribution centres, while at the same time declaring special help for the families of the company’s current employees.

The creation of jobs for Ukrainian citizens was also announced by Janusz Kulesza, the President of PSS Społem, in the Polish Radio in Białystok. From several dozen to several hundred people can count on employment in trade and gastronomy in the city.

Many healthcare companies also want to provide jobs to Ukrainian citizens. The Lux Med chain declares that it creates jobs in its facilities for both doctors, nurses and other medical personnel, as well as administrative employees from Ukraine.

Work for medical personnel from Ukraine and assistance in the recognition of diplomas is offered by the network of Damian Medical Center. As you can read on the company’s website, the company will also hire psychologists, IT specialists, reception and call center employees.

The University Clinical Hospital in Białystok has announced that it will employ doctors and nurses from Ukraine, who can be offered accommodation in staff rooms, informs Radio Białystok.

The Wrocław-based pharmaceutical company Hasco-Lek declares on its website that it will help refugees find work and obtain appropriate permits.

Work for refugees is also waiting for the Arche Group, a developer and hotel company. Its president, Władysław Grochowski, is known for his social involvement.

Already during the migration crisis on the border with Belarus, he declared that he would accept at least 100 refugee families, provide them with housing and work, and education for children.

In an interview with “Wyborcza” on 1 of March, Władysław Grochowski talked about 3000 refugees whom he offered shelter in his hotels. The entrepreneur also collects declarations from companies that want to employ Ukrainian citizens.

We, as Arche, will also provide a lot of jobs. Within a few months, we are able to organise work for about 1000 people. And mainly for women, because they come,” says Grochowski in an interview.

Also another representative of the industry – Dobry Hotel chain, offers employment for refugees in its facilities throughout the country. You can find a job at the reception desk, as a beautician, cleaning a hotel, as a cook or supervisor.

Workplaces are also created by the tycoon of the Polish cosmetics industry, the Inglot brand. As Press.pl writes, in connection with the war, people coming from Ukraine who want to work in Inglot, will take part in the “maximum shortened recruitment process”. The company also guaranteed housing charges for the first month after hiring new employees.

Poczta Polska announced its readiness to employ refugees from Ukraine, also in positions that do not require knowledge of the Polish language.

MPK Wrocław already offers work for Ukrainian drivers, tram drivers and mechanics who know the basics of the Polish language. MPK will organise specialist and language courses for the remaining ones – declared the municipal company.

In addition to large enterprises, small economic entities also report their willingness to employ people from Ukraine. Lots of ads, often in Ukrainian, can be found on OLX.

The Facebook forum “Work for Ukrainians and Belarusians”, established before the Russian invasion, is also very active. People looking for construction workers, bricklayers, turners, plumbers, mechanics often advertise there, but there are also offers aimed directly at women.

Below is a list of companies where you can search for work. I will supplement it on a regular basis.

Sick leave issued via online consultation can be illegal – ZUS...

06/05/2022 0
Sick leave issued by doctors online consultation could be illegal - informs the InnPoland portal.pl. The Ministry of Health, despite assurances, has not introduced...
Go to mobile version