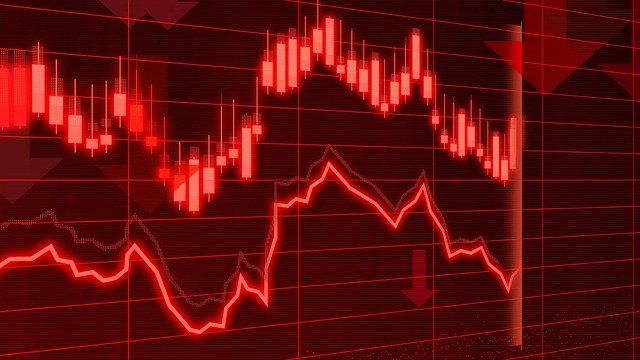 The Russian invasion of Ukraine started as we all know Thursday morning and determined the result of Thursday’s session on the WSE.

According to the DM BOŚ analyst Konrad Ryczko, an improvement in the situation on the markets can be expected after the end of the armed phase of the conflict.

“Russia’s attack on Ukraine is, above all, a very sad day for Europe. We had a crash on the Warsaw Stock Exchange today, at all company sizes. Only the Russian indices performed weaker than domestic indices, and the markets in Budapest and Istanbul experienced a similar scale of declines. that global investors were selling shares from our region, “Konrad Ryczko, BM BOŚ analyst.

Big drops on the index´s on Warsaw Stock Exchange

The prices of Ukrainian companies that fell the most, and the index grouping them lost 38.6 percent, also recording the lowest level in 52 weeks. Seven out of eight companies included in the index fell by 33% to 46%!

The main European markets were dominated by declines of 3-4 percent. Almost 4 percent the rates in Frankfurt and Paris have dropped. Relative resistance to the conflict in Ukraine was shown by the stocks of companies on Wall Street – at the beginning of the session, the Nasdaq Composite fell by 0.4%, and the S&P 500 fell by 1.3%.

“As a rule, the first, emotional reactions, bring the greatest price changes. The base scenario assumed that Russia would somehow strengthen in those areas of Ukraine that it had already controlled. Meanwhile, the reality turned out to be completely different, the worst possible, and brought Russia’s aggression to a full extent.

Hence the violent reactions of investors, probably not only foreign ones. Since in some areas of Poland some signs of fear were noticeable, manifested by the purchase of more fuel or food products, some investors probably decided to withdraw their assets from domestic funds and are looking for liquidity, that is, selling off stocks.

From the point of view of the markets – however bad as it may sound “the best solution is to end the armed phase of the conflict as soon as possible. Then the rates should rebound. “assessed Konrad Ryczko.

On Thursday, the prices of those companies that investors associate with the military or military products increased significantly and so by 66 percent.

Lubawa’s price rose to 1.84 PLN , and over 40 percent the stocks of Zrembu and Protektor rose. The turnover of the shares of the first company amounted to 16 million PLN , in the other two cases they came close to 3 million.

In general, the activity of investors was very high – turnover in equities amounted to 3.3 billion PLN, of which  2.7 billion PLN was attributable to WIG20 companies.

The companies that carry out at least some of their activities in Russia or Ukraine were the most overestimated. LPP was the leader of the decline. The apparel company’s listing fell by 25.2 percent. up to 9,650 PLN .

The company announced during the session that it moved the administration of its Ukrainian branch from Kiev to Lviv, and stores in Ukraine were closed.

The CCC group, which has 18 franchised stores in Ukraine, announced that it has closed stores and that the shipments of goods have been suspended. The CCC share price fell by 15.9 percent. up to 45.71 PLN. The share price is at its lowest in over a year.

The statistics of changes in exchange rates of sWIG80 companies looked almost as bad. However, in this group an increase of 66 percent. The already mentioned Lubawa stood out, and the rates of Shoper, Enter Air and Asseco BS have not changed.

It seems so far that the crash has stopped today but it is too early to say. You can by the way each day see the development in the biggest index`s on the Warsaw Stock Exchange. It is on the frontpage. You can also to the right see the exchange rates for the Polish Zloty for some currencies.

Significant increase in gold purchases by German citizens in Poland

Tusk: re-election of Adam Glapiński was illegal. “He will not be...

04/07/2022 0
Donald Tusk leader of the political party PO believes that the re-election of Adam Glapiński to the position of President for the National Bank...
Go to mobile version