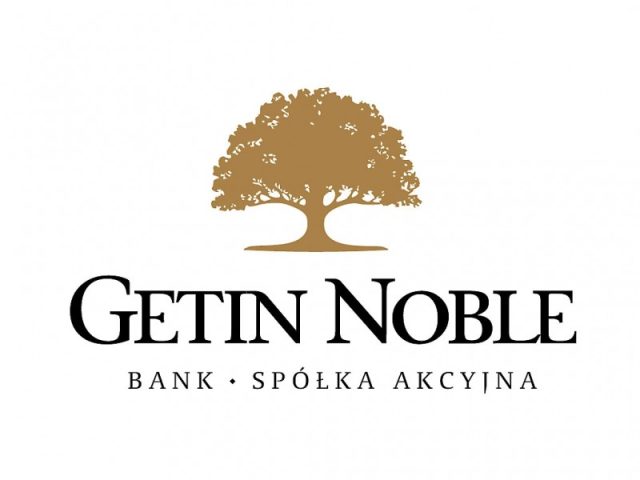 On Friday morning, the Bank Guarantee Fund issued a decision to initiate forced restructuring of Getin Noble Bank due to its poor financial situation and the risk of bankruptcy. Getin’s customers’ money is safe, because it is protected by the BFG guarantee. Customer service remains unchanged.

There are cards, ATMs, electronic and mobile banking and GNB branches. Ultimately, the bank to which GNB’s operations will be transferred will operate under the name VeloBank.

Getin Noble Bank will be taken over

As a result of the decision to start compulsory restructuring of Getin Noble Bank, its management will be taken over by the Bank Guarantee Fund. The activities of Getin Noble Bank will be transferred to the BFG Bank on October 3, 2022 (it is the so-called bridge bank).

BFG initiated forced restructuring because three conditions obliging it to take such action were met: GNB was threatened with bankruptcy, there were no premises indicating that possible supervisory actions or the bank itself would allow to remove the threat of bankruptcy in a timely manner and initiation of resolution against GNB was in the opinion of the BFG, necessary in the public interest (understood as the stability of the financial sector and limiting the involvement of public funds).

Compulsory restructuring made it possible to protect all customer deposits worth PLN 39.5 billion – emphasised the BGF. All deposits of all GNB clients (regardless of the legal status and amount) are safe, there is no redemption, even of unsecured ones.

All funds were transferred to the BFG Bank, where the full deposit guarantee is the equivalent of PLN 100,000. euro (approximately PLN 480 thousand).

“Nothing changes for GNB customers. All customers are and will be served as before, they have uninterrupted access to all their funds. This applies to all persons and entities that as of September 30, 2022 (Friday) are customers of GNB, including corporate and public sector clients, as well as personal and private banking clients, “the BFG reported. Customer service unchanged. There are cards, ATMs, electronic and mobile banking and GNB branches.

The amount of PLN 10.34 billion of non-returnable support was allocated to the process of forced restructuring in the scope of transferring GNB’s operations and ensuring uninterrupted service to its customers and the security of their funds, of which PLN 6.87 billion comes from the BGF’s own funds, and PLN 3.47 billion is the commitment SOBK funds, i.e. private banks. “This support significantly strengthens the common bank,” reported the BFG.

Compulsory restructuring means that all GNB shares and some financial liabilities are redeemed to finance the bank’s equity gap . GNB had 1.04 million shares issued and all of them were redeemed (on Thursday, at the close of the trading session, the entire bank – that is, all shares – was worth PLN 154 million).

In practice, this means that shareholders are left with nothing. This also applies to Leszek Czarnecki, the founder of GNB and the current main shareholder.

The Wrocław businessman had 62.8 percent. GNB assets. The remaining 27.2% shares were in free float on the WSE – investors who owned them lost these securities.

In the case of redemption of financial liabilities, we mainly refer to subordinated bonds: securities of this type of GNB worth PLN 680 million were redeemed, mainly in the hands of individual investors.

These are specific bank bonds with higher risk that can be written off or converted in the process of resolution to recapitalize a troubled bank. GNB issued a lot of such securities in 2012-2017. At the end of 2017, the Polish Financial Supervision Authority limited their sale to individual investors, stating that these bonds are not an appropriate instrument for them, because they are often not aware of the risk.

A fine of over PLN 20 million

GNB has been in a difficult financial situation for several years. The most important problem – resulting from the persistent lack of profitability and growing cumulative losses – was the capital shortage. The bank lacked several billion zlotys to operate normally, but Leszek Czarnecki did not lead to an improvement (for which the PFSA imposed a fine of over PLN 20 million on him).

The causes of the problems should be looked for at the very beginning, i.e. around 2010. It is a strategy that consists in selling loans and banking products as much as possible and trying to account for as many profits as possible. This later plunged the bank into credit losses which led to capital shortages and prevented further expansion.