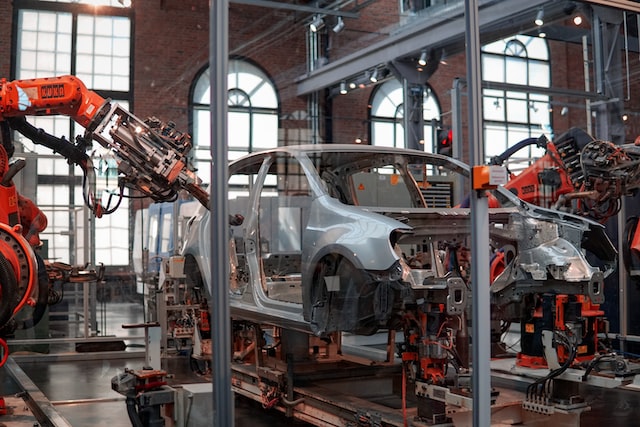 Goldman Sachs experts forecast economic growth in 2022 for Poland at 3.9 percent. The previous forecast assumed an increase of 5.9 percent. The change results from the latest data on Polish GDP – in quarterly terms, Poland experienced the strongest decline in GDP in the entire European Union.

Goldman Sachs presented new forecasts after the publication of the GDP data in the countries of Central and Eastern Europe. The bank predicts that the annual economic growth in 2022 will amount to 6% for Hungary and 7.1% for Romania. Forecasts for these countries have been raised – previously they were 5.4%, respectively. and 5.7 percent In turn, the forecast for Poland was lowered from 5.9 percent down to 3.9 percent

Poland’s GDP in the second quarter of 2022 shrank by 2.3 percent. compared to the first quarter. Goldman Sachs indicated that he did not expect such a strong decline. The bank’s analysts forecasted an increase of 0.2 percent. q/q, while the consensus of economists assumed a decline by 0.6%. q/q

“Looking to the future, we expect a tightening in global financial conditions and a slowdown in external demand, which will affect activity in the second half of the year. The fading support from normalisation after the pandemic is also likely to reduce growth in Central and Eastern Europe,” Goldman Sachs analysts write. .

The Central Statistical Office released the latest data on economic growth on Wednesday. According to the so-called quick estimate, Poland’s GDP grew in real terms by 4.5 percent in the second quarter of 2022. Every year. However, in relation to the quarter, the GDP of Poland in the second quarter decreased by as much as 2.3% .

On the other hand, among the countries of the Visegrad Group, Hungary enjoys the highest quarterly growth, which recorded a GDP growth of 1.1%. In the case of other countries in this group – Slovakia and the Czech Republic – there was a slight increase in GDP, by 0.4%, respectively. and 0.2 percent

In quarterly terms, Poland experienced as mentioned earlier the strongest decline in GDP in the entire European Union

End of painful interest rate hikes in Poland? It is possible

Poland with the largest decline in GDP in the entire EU Investors concerned, stocks down

Gas conflict with Russia is hitting the Polish currency hard for...

27/04/2022 0
The Polish currency, the Zloty, weakened sharply on Tuesday afternoon and the euro broke 4.70 zlotys. On Wednesday before noon the weakening of the...
Go to mobile version