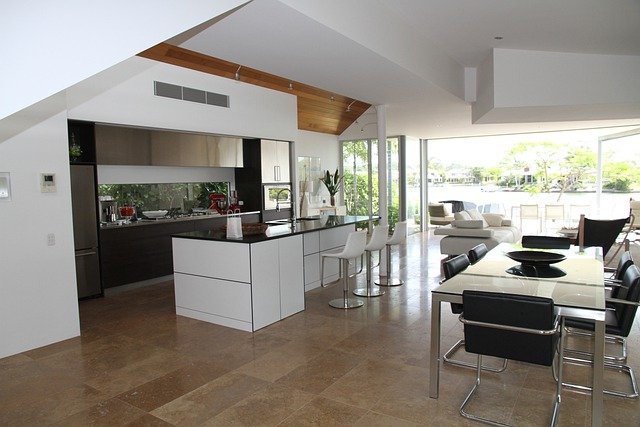 The average rental rate for studio flats in Warsaw in August was 2800 zloty. A year ago, it was 1860 PLN, in other words/numbers 50.5 percent more now – according to the websites Morizon.pl and Gratka.pl. rents for flats with two rooms have increased in the capital by almost 30 percent, up to 3500 PLN on average per month.

Marcin Drogomirecki, an expert of Morizon.pl and Gratka.pl, emphasises that the situation on the rental market is completely different than in recent years. – In order to become a tenant, you have to carefully monitor the ads, make an appointment to view the premises quickly and make a decision even faster: I take it, I don’t take it – he says. – There are not many rental offers and everything indicates that it will still be few. The apartment providers will probably pay more attention to the financial situation of potential tenants: whether they have employment, stable income, or whether they will pay their liabilities in a timely manner.

According to Marcin Drogomirecki, there will be more auctions. Candidates for tenants will offer a higher rent, a higher deposit or a lease agreement for a longer period.

Hanna Morawska from Freedom Nieruchomości in Poznań says that the auction is already taking place, especially in the case of small but functional apartments in desirable locations – with good communication, close to the university, with a rent of up to 2,000. zloty. – For such places, those willing to queue up, raise rates. Auctioning may lead to a rent increase of up to 30-40 percent. – emphasises Hanna Morawska.

The rental market is also significantly increasing turnover, according to Agnieszka Kraińska from Freedom Nieruchomości Elbląg. – We record more and more transactions – he says. – During the negotiations, potential tenants declare their readiness to pay the rent in advance, e.g. in six months – he confirms. The broker did not record the bidding of the rates.

Agnieszka Kraińska emphasises that the best tenant is not the one who pays the most, but the one who pays on time. – The owners of flats are more interested in good cooperation with the tenant than the exceptionally high profit from renting – he assesses.

Małgorzata Porowska-Całka from Freedom Nieruchomości Warszawa Mokotów confirms: the market is very hot. – It is the owners of the property who dictate the conditions and you have to adapt to them. A contract for 12 months is a standard. It’s hard to find a place for a few months – he says. – Landlords require a deposit of two months’ rent. Apartments are disappearing very quickly. Tenants need to make decisions quickly.

This is confirmed by Paweł Dyszlewicz from the Freedom Nieruchomości branch in Opole. – Many people decide to see an apartment for the first time, even when the stakes are high. Sometimes a client is ready to rent a property based on the photos alone. He immediately pays the reservation fee – he says. – Tenants are afraid that it may be more expensive in six months, that the supply of apartments may be even smaller – he explains.

He adds that landlords are willing to make small concessions if the tenant pays in advance – for example in a year’s time.

How to choose the best tenant? A broker from Wrocław, Monika Smoter, an expert of the Polish Federation of Real Estate Market (PFRN), says that apartment owners are primarily afraid that the tenant will not want to move out or will not pay.

– You can protect yourself by signing an occasional lease agreement – he explains. The tenant undertakes to move out (at the request of the owner) to the address indicated in the contract. The owner of this property must declare that he will accept “our” tenant. – The payment is secured with a deposit – explains Monika Smoter. – Until recently, it was the cost of one month’s rent, but recently owners are increasingly asking for bail in the amount of two months’ rent, and in the case of new, well-finished apartments – even triple.

When asked about tenants’ sins, Monika Smoter says that not everyone cares about the property they rent. – Sometimes the apartment after they move out needs a thorough cleaning or even refreshment. I advise you to visit tenants – but not more than once a month, and raise objections right away – says the PRFR expert. – When signing the contract, you must make tenants aware that any damage will be covered from their deposit.

– If a person who wants to rent a flat turns to a real estate office and is ready to bear some costs, it means that he is transparent and solvent. If a potential tenant wants to spread the payment or deposit in instalments at the beginning, you can be afraid that the same will be the case with future payments – says Monika Smoter. – Despite various fears, most of the relationship between the owner and tenant is good.

Intermediary Wojciech Kuc, an expert of PFRN, emphasises that the most important thing is the appropriate contract – in writing. – There is no possibility of 100% securing the owner or the landlord, but we can limit the risks – he explains. – I would advise on a fixed-term lease without the possibility of termination. Even if the tenant checks in to our premises, it is only for a limited period. In Warsaw, on the basis of a lease, officials sometimes check in tenants. Therefore, it is worth making a clear reservation that the owner does not agree to the tenant’s check-in. However, the issue is not obvious. Lawyers still argue on this point. In the event of a dispute, such a provision gives the owner more possibilities to assert his rights.

It is similar to the prohibition of conducting business activity and its registration without the consent of the owner. – In the event of termination of the contract, such activity is difficult to deregister – warns Wojciech Kuc. – In the lease agreement, it is also worth including the enforcement regime in the event of failure to pay the rent for two or three months. As an additional security, a pledge on the tenant’s movable property may be provided.

To protect the student

Rendin platform experts point out that rising rates are threatening the insolvency of tenants. – Higher rents may exclude some potential tenants or lead to solvency problems after the conclusion of the contract – they emphasise. The solution may be to verify the tenant via platforms such as Rendin or simpl.rent.

– The market situation carries serious threats, especially in terms of the credibility and solvency of tenants, regardless of whether they are Polish citizens with a long credit history and permanent employment, or refugees who have been in Poland for several months – emphasises Piotr Kula from Rendin Polska. – Our company verifies their capabilities. We guarantee a positively verified tenant. We will pay the landlord the rent and cover the costs of damage up to four times the rent, if the tenant fails to do so.

Tenants must also be careful. Students are often victims of fraudsters. For example, they pay for the address of the apartment itself, often non-existent. Security is guaranteed by the help of intermediaries. – A good agent knows how to guide the client through the entire procedure. In addition, dishonest people bypass intermediaries – PFRN experts explain. For the 11th time the Federation has been running the “Safe rental” campaign, addressed mainly to pupils and students.

The first mortgage loan in Poland without one’s own contribution is...

14/07/2022 0
From today, July 14, Alior Bank's offer includes a mortgage loan without own contribution. This is the first such proposal on the market, although...
Go to mobile version