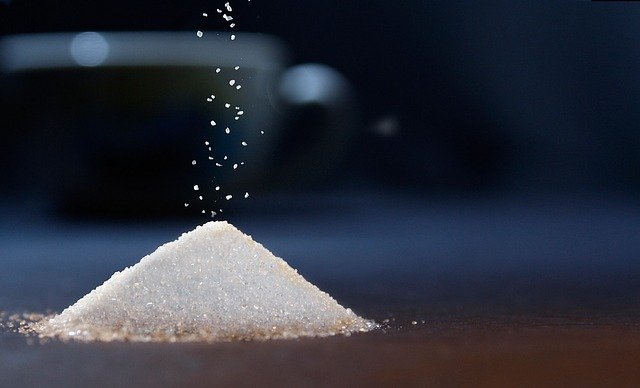 There has been a survey regarding the sugar problem in Poland. 13 percent of Poles bought sugar for fear that it would run out.

89.9% have recently heard about the shortage of sugar in stores. Poles, but only 36.2 percent of them physically faced this problem in their establishments. It’s okay, the spiral of panic has been sown anyway. It is comforting that 86.5 percent his countrymen remained calm and did not buy any excess sugar.

Only 8.8 percent of adult Poles have not heard about sugar rationing in some stores and a temporary shortage of supplies – according to a survey conducted by UCE RESEARCH and SYNO Poland.

As Michał Gawryszczak from the Association of Sugar Producers in Poland comments, the temporary shortages of the product in stores are the result of the nervous reaction of some consumers to the rampant prices of various goods.

Bought up a large amount of the sugar

The customers bought up a large proportion of the sugar and therefore it was impossible to get it. The item is produced in large quantities and delivered to stores according to established schedules.

– In Poland, we have been producing much more sugar than we consume for years. In the recently completed campaign, we produced 2.3 million tons. This is the third highest result in the history of domestic production, and our internal consumption is approx. 1.7 million tons.

Admittedly, this year growers sowed the area with approx. 12 percent lower than last year, but this will still allow for the production of about 2.1 million tonnes of sugar, which is more than the actual demand of Poles – informs Rafał Strachota from the National Association of Sugar Beet Growers.

According to Dr. Maria Andrzej Faliński from the Association “Economic Dialogue Forum”, the product itself is not a problem. Its unit price is small, although it has doubled recently. In the first half of this year. sugar went up by an average of 37.1 percent on an annual basis, according to the analysis by Hiper-Com Poland and UCE RESEARCH made for Business Insider Polska.

According to the expert, it is sometimes dangerous to think of consumers in terms of shortages and threats, because it actually drives high prices and causes deficits. This does not bode well, as it most often results in market destabilisation.

– The media published the matter so much that it even grew to the rank of a state. That is why nearly 90 percent did not escape the attention of the respondents. In social media, the topic is still heated with more posts and memes. Not everyone is aware that this worsens the already disastrous consumer mood.

This will ultimately translate into a decline in consumption and an increase in the prices of all products. In other words, creating an atmosphere of scarcity in public space causes a lot of damage – warns Dr. Krzysztof Łuczak, chief economist of the BLIX Group.

However, the survey found that only 12.9 percent Poles bought excess sugar in connection with reports of its lack. As much as 86.5 percent of his/hers countrymen did the opposite, not succumbing to the sugar panic. In turn, 0.6 percent of consumers did not remember whether they had bought more of the above-mentioned product.

– The fact that nearly 90 percent consumers have not succumbed to a collective panic, which is good, because mass buying of goods raises its price even more. The result may also indicate that Poles drew conclusions from difficult experiences during the pandemic, when they bought in excess amounts, e.g. flour, pasta, cans and toilet paper. It all turned out to be unnecessary, stressful and inconvenient – argues Dr. Krzysztof Łuczak.

On the other hand, Julita Pryzmont from Hiper-Com Poland predicts that since consumers have not panicked so far, they are unlikely to be making huge stocks of sugar. It is important that there is no shortage of it on the Polish market.

When the prices of all goods jump again just after the summer holidays, the opposite may be the case. And accumulating sugar will turn out to be less important than the need to buy other items.

The BLIX Group expert also points out that the lack of consumer panic – at least in the survey – may coincide with the fact that the market at that time saw an increased purchase of sugar by small and medium-sized enterprises, because wholesale prices were temporarily higher than in detail.

– Sugar prices will rise. Over time, sugar mills have to accept new contracts with energy producers, outsourcing companies and packaging suppliers. Of course, they assume higher fees. As a Union, we compared the increase in costs for producers in the period from January 2021 to January 2022.

For example, you have to pay about 30 percent for energy more, packaging prices have increased by about 35 percent, and the costs of CO2 emissions have increased by 150 percent. And these are just some of the cost items – indicates an expert from the Association of Sugar Producers in Poland.

In Julita Pryzmont’s opinion, sugar will surely become more expensive for other reasons. Sanctions imposed on Russia, but also on Belarus, may contribute to this. Fertiliser prices go up, making crops more expensive.

Added to this is the situation on our agricultural market. The expectations of growers are growing, as they feel the large increase in beet production costs. In addition, the matter is complicated by the weather factor in the form of water deficit and prolonged drought.

– Taking into account all the above-mentioned issues, it should be expected that in the second half of this year. sugar will become more expensive by another several or even several percent. Now it is difficult to estimate because there are too many fluctuating factors on the market.

But despite everything, I would advise consumers not to buy it in stock and in large quantities, because this will only unnecessarily draw the attention of the industry and ultimately the prices will be raised again – sums up Dr. Krzysztof Łuczak.

Besides the sugar, it seems that there is now a lack of another household item in Poland.

Polish rental prices will increase even more. What’s going on in the apartment market?

All PKP Intercity trains going to Germany are free for Ukrainian...

10/03/2022 0
From yesterday and until further notice, all PKP Intercity trains going from Warsaw, Przemyśl (via Kraków) and Gdynia towards Germany - to Berlin and...
Go to mobile version