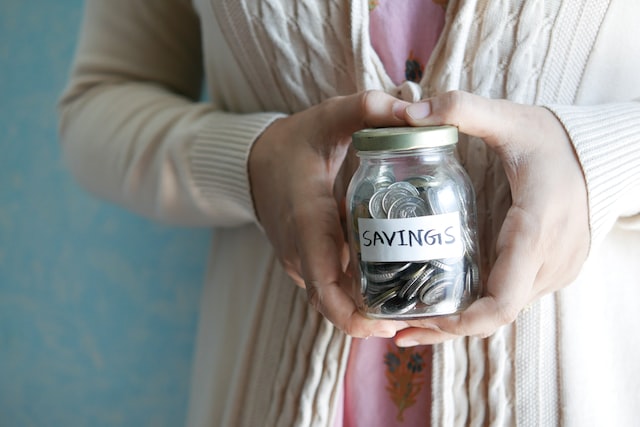 Many Poles live practically without savings. Such a picture emerges from the report on the financial awareness of Poles published by the OECD. We read in it that we are not ready for a crisis. Almost 8 percent of us would not survive a week from our blackheads, and almost every fourth of us will survive a maximum of a month in the event of loss of income.

Due to inflation and the energy crisis, a lot has been said recently about the money of Poles. The picture is not very optimistic, however, because it shows a significant problem with saving in our society.

Another thing is that there are currently few instruments on the market that will allow us to protect our money against inflationary impairment, and at the same time do not involve any risk. The Central Statistical Office recently announced that the price growth rate in September reached 17.2%, which is the highest result in over a quarter of a century.

In such an environment, deposits have no chance to protect our savings against inflation. Banks offer clients an interest rate of 5, 6, and sometimes even 7 percent per year. This is nothing compared to inflation, however.

As the economist Dr. Tomasz Wyłuda calculates, in order to protect our money against loss of value, it would be necessary to find a deposit with an interest rate of … 21.2 percent.

There is also the capital gains tax (i.e. the so-called Belka tax). Although the Ministry of Finance has recently mentioned the planned changes in the structure of the levy.

– I believe that we should start a discussion whether the capital gains tax should not be progressive in the future. Currently, it is so that Kowalski, who saves several hundred zlotys in the bank and gains on interest, pays the same tax as an investor who invests hundreds of thousands, e.g. on the stock exchange – said Katarzyna Szwarc, representative of the Minister of Finance for Development Strategies in August in an interview.

For now, however, there are no details. Therefore, Poles are left to look for other forms of saving. Some opt for riskier stocks, others look to real estate, and still others buy ores and precious metals.

They save a few

As it turns out, all this applies to a small group of Poles. As the OECD report on financial awareness and education in our country shows, as a society we have a huge problem with saving.

In a survey conducted for the purpose of the report, a group of Poles was asked how long they would be able to survive from the accumulated savings in the event of loss of income. This is assuming that it does not lower the standard of living and does not require borrowing money (be it from a bank, friends or family).

The answers are frightening. They show that less than 8 percent of Poles would not be able to survive even a week in such a situation. Another 15.2 percent thinks he or she can do it for a week, but certainly not a month.

This means that over 23 percent of Poles are not able to survive even one month. The most common savings are from 1 to 3 months. Such an answer was indicated by less than 30 percent of the respondents.

In turn, about every third Pole is in a pretty good situation. 19 percent declare survival from 3 to 6 months, and 13 percent more than six months from the accumulated savings.

Money in a sock is still popular

The OECD also asked those who save how they do it. The most common form is simply putting money into the bank 67 percent of Poles do so.

However, over 40 percent  still admits to keeping his savings at home – be it in his wallet or elsewhere. Anyway, cash has not ceased to be a popular form of saving.

Other forms of saving are not that popular among Poles. This is an observation that has not changed for a long time.

“The Assay Index survey shows a picture of a statistical Pole who, by working hard, tries to save some money, but – when he succeeds – does not do much with these savings . a lot of money and education – no knowledge about the possibilities of active investing and effective risk management, “said Łukasz Blichewicz, president of the Assay Group, which conducted a similar study last year.

Fertiliser subsidies – the government in Poland says it will support...

31/08/2022 0
The government in Poland plans to intervene in the fertiliser market to support the farmers. The mechanism is to be presented within a few...
Go to mobile version