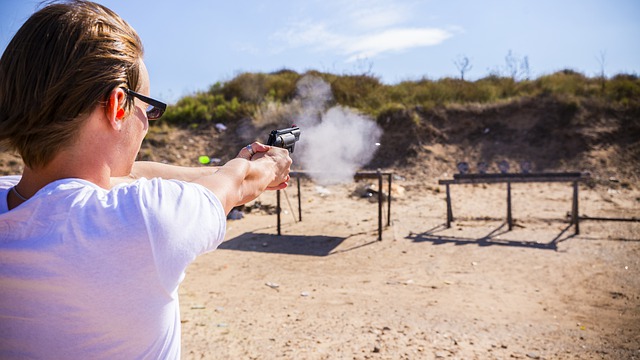 Poczta Polska (Poland’s postal service) introduced a program called “Welcoming with a gun”. As part of it, the company wants to train up to 1,000 of it`s employees in the use of weapons.

“Anyone can shoot – be it a postman or an employee of the” window “. Any employee of the operator may apply. Only those who have shooting behind them are excluded: security guards, people with a firearms licence and members of shooting clubs’ ‘ – an employee writes the newspaper Wyborcza.

Many criticise the gun program

The newspaper talked to the employees of the Post Office, who agreed to comment only anonymously. Many criticise the idea of ​​the management board, pointing to the more urgent needs of employees, such as the fact that the post office is short of manpower, and, according to one of the trade unionists, over 55 percent of employees have basic wages lower than the minimum wage.

– I am asking what I need these shooting skills for. I am 55 years old, retired in five years and what, should I shoot the clients from the window? – a Poczta Polska asks rhetorically.

However, there are also those who declare that they will be happy to take the course at the shooting range. The training sessions are to last four hours and take place during leisure time. The weapons and ammunition are to be provided by the Polish Post Protection Centre.

Not the “only” arming of the employees

However, this is not the end of arming the employees of Poczta Polska. Wyborcza describes the “Shoulder to Shoulder with WOT” program. As part of it, the employer encourages employees to join the Territorial Defence Forces, offering them training in shooting, first aid and cybersecurity, as well as a number of privileges.

“Poczta Polska has been communicating for many months that, as an entity of special economic and defence importance, it focuses on the promotion of pro-defense attitudes among the Post Office workers and wants to develop or strengthen the necessary competences among its Employees in the event of crisis situations. The program you mention is actually being implemented.” “- A statement sent to the newspaper by the press spokesman of Poczta Polska says.

Shooting programs was also on the agenda in many Polish firms earlier this way just after Russia invaded Ukraine.

Shopee is now the third biggest e-commerce platform in Poland

05/06/2022 0
On Shopee-pi-pi-pi-pi-pi-pi online shopping-py-py-py-py free delivery-wy-wy-wy ... The advertising of the shopping platform Shopee poisoned the picnic of many Poles, but also successfully built...
Go to mobile version