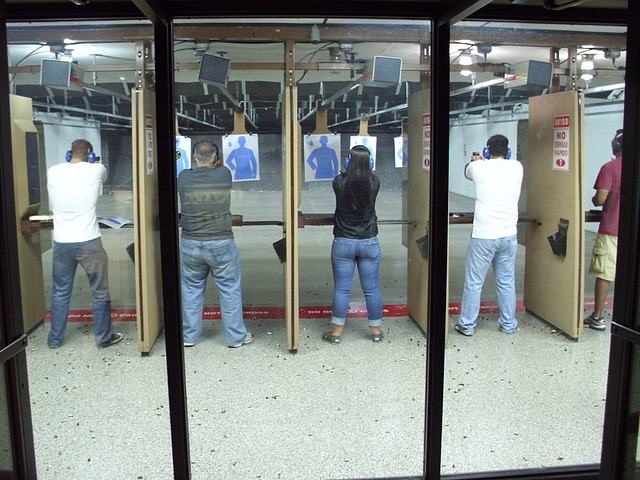 Polskie Górnictwo Naftowe i Gazownictwo, a strategic state-owned company, is starting millitary training for several thousand of its employees across the country.

Military training is being implemented by Poczta Polska and the State Forests. Will other important state-owned companies follow in their footsteps?

These companies follow the sentiment: after the Russian attack on Ukraine, the number of people joining the military for basic training has increased.

Managers with guns in military training

Defensive training of PGNiG staff is an initiative of the head of very big  gas company. President Paweł Majewski wants the new, pro-defense competences of the crew to grow. It is about increasing defence awareness, efficiency in crisis situations and increasing the sense of security of employees.

For a group of managers at PGNiG, there are even classes (in this case voluntary) at shooting ranges and courses on how to handle weapons.

The management board of the gas company explains directly that the training program was created in connection with the current situation in the East and was inspired by the direction set by the state authorities in the field of defence of the homeland.

It is possible to extend the program to the entire PGNiG capital group, the company’s press services report.

Michał Gzowski, spokesman for the State Forests, says that military training is also developing on the forest farm of the State Treasury. The vast majority of almost 30,000 foresters are people under arms and hunting enthusiasts.

However, for two years now, officers of the Territorial Defence Forces have been training in the shooting centre of the State Forests in Tuchola.

The interest in military training meant that the training of instructors for the regional directorates of the State Forests is currently underway. As Michał Gzowski explains, defensive training will also be possible in the field.

We also asked Jacek Sasin in the ministry whether the Ministry of State Assets had ordered military training in a larger number of companies managing sectors of the economy important for security. We heard that bottom-up initiatives are dominant for the time being, but the minister favours them.

High energy prices in Poland will persist – not only for...

14/04/2022 0
High electricity and gas prices are likely to last longer, it is hard to expect that the situation will change rapidly next year, assessed...
Go to mobile version