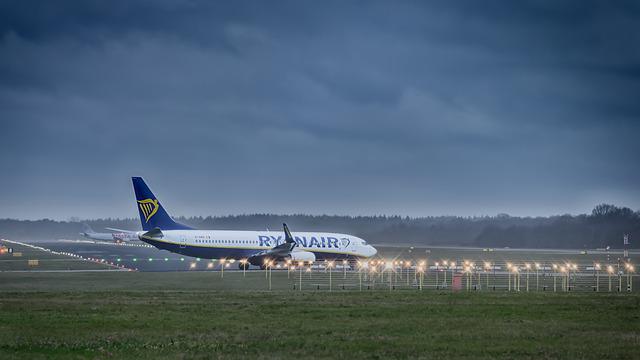 We are facing a series of new strikes and difficulties at airports in Europe. Ryanair employees have already announced protests. But this is only the beginning of the series.

Delayed and cancelled flights have recently become the norm at European airports. This is the result of staff shortages in airlines and airport services. But also the protests that break out among carriers and among the ground handling personnel. Ahead of us is a hot summer in the aviation and tourism industry.

Strikes are shaking one of the largest low-cost airlines, Ryanair. On Saturday, July 2, Ryanair cancelled 10 flights in Spain alone.

But it is not everything. Ryanair’s Spanish cabin crews plan to strike for 12 days this month. Protests are to be held regularly every few days on 12-15, 18-21 and 25-28 July at 10 airports in Spain where the carrier operates.

Workers are demanding better working conditions in this difficult tourist season, when the number of cabin crew is additionally smaller than usual. They also call for “a change in airline mindset”, urging the airline to resume negotiations on sensitive issues, including the payment of the minimum wage.

Trade unions also called on the Spanish government to “not allow Ryanair to violate labour and constitutional rights such as the right to strike,” reports Reuters.

How do the airlines comment on this? In a recent statement, the airline said it expects minimal, if any, disruptions to its July timetable. The reasons mentioned were “minor labour strikes” and, like the mantra repeated by the entire aviation industry – staff shortages at airports all over Europe.

However, the protests are not limited to Spain. Ryanair’s cabin crew unions in Belgium, Portugal, France and Italy have started strikes in recent days.

Other airlines have problems too

But the strike at Ryanair is just one of the many protests faced by airlines across Europe.

Spanish crews of the low-cost easyJet airline will also go on strike in July. The first protests took place at the beginning of the month, the next ones are scheduled for 15-17 and 29-31 July.

The pilots of the Scandinavian SAS airlines are fighting for decent working conditions , which we wrote about here . They agreed to extend their negotiations with the airlines until Monday 11 July. If no agreement is reached, up to 1,000 pilots from Denmark, Sweden and Norway could go on strike. This means that nearly 30,000 flights are at risk. people.

National airline British Airways also announced the cancellation of 1,500 flights in July from major London airports: Heathrow and Gatwick. Disruptions may be covered by up to 100,000. people.

The protests have not started for good yet, and what is happening at many airports in Europe can be described as paralysis.

The British were the first to face it. Congestion at airports, passengers wandering in terminals and failures of the luggage system are something they struggled with at the turn of May and June At that time, easyJet and British Airways were cancelling their flights.

There will be increases in beer prices in Poland for several...

28/06/2022 0
More expensive ingredients, higher excise duty and cut off from smelters in Ukraine, Belarus and Russia are the reasons why beer producers will raise...
Go to mobile version