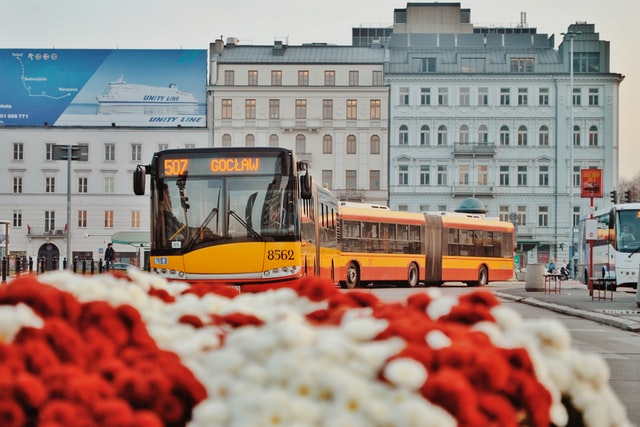 Demands for wage increases swept through railway companies, and now it’s time for bus drivers and tram drivers also simply want to earn more, and the vision of strikes all over Poland is becoming more and more real. There is a protest in Bydgoszcz, and the atmosphere in Krakow and other cities is becoming more and more intense. Local government officials are bouncing the ball and directing their complaints to the government, which has cut their income by the Polish Government.

It will be two weeks since the employees of Miejskie Zakłady Komunikacyjne in Bydgoszcz started the strike. Drivers and tram drivers want to earn more and demand a salary increase of PLN 1,000 gross. They remind us that the price of fuel has recently increased by as much as 70%, and they do not receive more money from the city.

Employees complain that after several dozen years of work they earn over PLN 3,000 on the left hand. In response, the city mayor informed the prosecutor’s office about actions to the detriment of the company at the level of over 400,000 PLN a day.

At the beginning of the year, salaries at MZK Bydgoszcz increased by PLN 210, but this was related to the increase in the national lowest. According to trade unionists, however, it is definitely not enough bBusecause they haven’t had real wage equalisation for three years.

The situation of employees worsened due to inflation and wage expectations rose, and other demands were also made, explains  Andrzej Arndt , chairman of the Public Transport Workers’ Union.

But Bydgoszcz is just an example. They also break down their wages, which do not match the inflation rate, of drivers and drivers in other Polish cities. For example, an Italian strike was planned at Miejskie Przedsiębiorstwo Komunikacji in Krakow. The drivers wanted to take full advantage of the statutory breaks, which would result in subsequent courses being excluded from the timetables.

But in the end, most of the buses ran as planned. Perhaps it will eventually be possible to calm the situation down here. Although it is not paid, the financial loss at the end of May of MPK in Krakow amounted to PLN 13.8 million. Nevertheless, employees are to receive a raise and contractual awards in July. Another salary increase is planned from January 2023, its amount is to be determined already in September.

The Management Board is well aware of how much the current economic situation is caused by, inter alia, due to the war in Ukraine, it is a burden on household budgets – we read in the letter from Rafał Świerczyński, president of the Krakow MPK, who was reached by lovekrakow.pl .

It is also nervous in Gdynia, but the employees of the Municipal Transport Authority are also to get pay raises starting from July 1. The situation is also closely watched by employees of public transport, including in Jelenia Góra, Warsaw or Wrocław.

Local government officials: because of the Polish Deal

Stanisław Taube, president of the Trade Union of Public Transport Workers in the Republic of Poland, in an interview with  portalsamorzadowy.pl , reminds that the average wage in public transport ranges from PLN 3400 to PLN 3800 net for newly hired employees, and those who work for 20-30 years earn about 4.2 thousand zloty.

The drivers consider the wage too low and walk away. This causes a very large gap, and there are fewer and fewer new people to this profession, explains Stanisław Taube.

Hence the appeals to city authorities to start wage negotiations with drivers and tram drivers. Because otherwise there will be trouble. Therefore, the National Council of the Trade Union of Public Transport Workers in the Republic of Poland fully supported the protest currently carried out in Bydgoszcz.

But local government officials argue in turn that their hands are tied. They mainly complain about the Polish Deal, which, inter alia, lowered PIT rates, which means lower income for cities. There are also record-breaking fuel and energy prices.

Unfortunately, no local government in Poland is able to solve this problem systematically, and therefore by means of increases, until the government remedies the situation of local government finances, argues  Katarzyna Gruszecka-Spychała , Gdynia’s vice-president for the economy.

26/04/2022 0
The Polish government has today announced a sanctions list against named oligarchs and companies The first list of sanctions includes 50 Russian companies and...
Go to mobile version