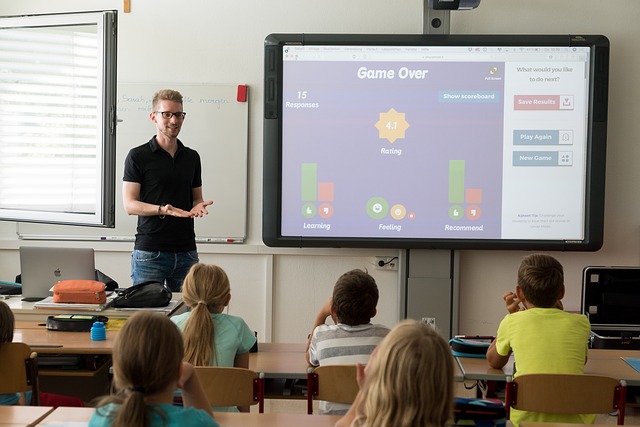 – The Polish Teachers’ Union asked Prime Minister Mateusz Morawiecki to immediately start talks on increasing teachers’ salaries – said the president of the Polish Teachers’ Union, Sławomir Broniarz, at a press conference on Monday. The leader of the trade union organisation announced that if the government refused, a nationwide protest action would be carried out.

On Monday, at a press conference, Sławomir Broniarz asked the president, prime minister and minister of education to urgently take action to resolve key issues for the education system. “We must react quickly and effectively to the unfavourable phenomena occurring in the Polish education system, including the decline in the prestige of the teaching profession,” wrote the letter to the prime minister .

The ZNP wants an increase in teachers’ salaries

– Due to the very difficult financial situation of teachers and employees who are not teachers of the PNA, he asked Prime Minister Mateusz Morawiecki to urgently, immediately start talks on increasing teachers’ salaries by at least 20 percent. – said the president of the PNA Sławomir Broniarz .

The PNA demands that the salary be increased no later than September 1, 2022. Andrzej Duda was asked to support the dialogue. The trade unions are hoping that the president will influence a faster agreement with the government and help in solving the problems of education.

Hopes that the president will help in the dialogue with MEiN

– We also asked the president, who is the patron of dialogue and the father of the Act on the Social Dialogue Council, to support talks between social partners and the government side, because there are no such talks at the moment – informed Broniarz.

Does not want to talk to teachers?

– If there were such talks, they were rather fuselage and with one of the unions, but certainly the social partners, and therefore also the Trade Union Forum and the PNA, such talks and the honour of talking to Minister Czarnek about the increase in teachers’ salaries – explained Broniarz, quoted by Polsat .

Therefore, the union called on MEiN to talk, referring to the provision and legal obligations. It is precisely “paragraph 3 point 1 of the agreement concluded on November 15, 2002 between the Ministry of Education and the Main Board of the PNA on the principles of cooperation between the Ministry of National Education and the Polish Teachers’ Union”.

If the ministry of education nevertheless refused to talk to teachers, the PNA threatened to protest. “In the event of a refusal to start talks by the government, the Main Board of the ZNP will authorise the Praesidium of the ZG ZNP to organise and carry out a nationwide protest action,” it was announced on Monday.

– The effect of the government’s educational policy is the phenomenon of mass departure of teachers from the profession. We estimate the job shortage at over 20,000. people – the president of the union formulated his accusations.

Broniarz claimed that one of the solutions to this problem was to improve the financial situation of teachers. He believes “without wage increases and moves in this area, the situation will be dramatically unfavourable, regardless of the charms of Minister Czarnek” – quotes the statement of the president of the ZNP Polsat.

Business news from Poland will follow this closely as I did regarding the air controller conflict.

Top 5 objections by experts against the new giant airport near...

24/05/2022 0
The discussion on the so-called Central Communication Port a giant airport project with train connections etc and near Warsaw was "moved" to the Senate...
Go to mobile version