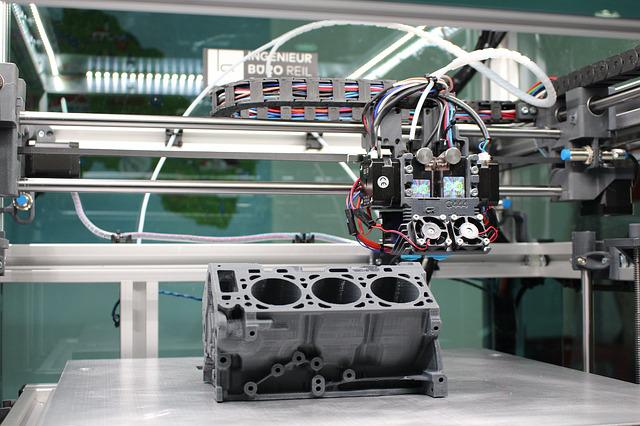 The industry in Germany is already openly talking about future gas supply problems that will result in production disruptions. Already, the indicators are the worst since the pandemic lockdowns. Further turmoil would also mean huge problems for Polish companies trading with their western neighbour.

“Russian gas cuts threaten the world’s largest chemical hub,” warned The Wall Street Journal last week, referring to the German BASF. “The company’s management is doing what was unthinkable a few months ago: it is considering how to potentially shut down the complex if gas supplies continue to decline,” it added.

This shows well that the situation is serious, and the German industry is really concerned that at any moment it may simply stop due to serious gas shortages. The vice-chancellor and minister of finance, Robert Habeck , already spoke about the possible rationing of raw materials .

– Gas bottlenecks threaten the permanent collapse of entire industries: aluminium, glass, and the chemical industry. Such a collapse would have huge consequences for the entire economy and jobs in Germany, said Yasmin Fahimi, head of the German Federation of Trade Unions (DGB), in an interview for Sunday’s Bild.

Other countries besides Germany will also be hit hard if the gas is turned off by Russia.

BASF emphasises that it is monitoring the situation and is taking into account further increases in gas prices. In turn, JP Morgan analysts stated in their analysis that a possible decline in production in the German chemical sector by 20 percent. and 10 percent in other EU countries, may reduce the overall performance of the sector in 2023 by up to 12%.

Turning off the Russian tap completely would be a real challenge for Berlin, which is becoming more and more likely. Moscow uses gas as a bogeyman, as evidenced by the fact that the transmission dropped, for example, during the visit to Kiev by German Chancellor Olaf Scholz, Italian Prime Minister Mario Draghi and French President Emmanuel Macron. Autumn, when the demand for heat starts to grow, will be a kind of “check” – says Sobiesław Kozłowski, director of the analysis and consulting department at Noble Securities.

Chemistry is the most striking example, but the anxiety caused by the tense world situation and the economic slowdown affects the entire German industry . The industrial PMI reading for the German economy is the worst since August 2020, when the pandemic lockdown was still struggling. Today, a significant drop in new orders is noticeable – the PMI index in this area amounted to 43.3 points, falling to the lowest level since May 2020.

And this is very bad news for Polish cooperators who send their components to Germany. Polish companies are selling power to Germany. Only two countries in the world (China and the Netherlands) sell more to them than we do. In March, we even managed to overtake the United States.

The current slowdown beyond the Odra River is therefore a risk that Polish companies will also have to slow down. – Polish industry is, to a large extent, a sub-supplier of German industry. It is our main trading partner, which cannot be easily replaced by exchange with other countries. And we are already seeing a large drop in the mood of domestic producers, our PMI has noticeably crashe . And the decline may be all the greater as the slowdown is generally noticeable in Europe and around the world – says Sobiesław Kozłowski.

Which industry will lose the most from the weakening of trade with Berlin? Automotive components are an export hit from the Vistula River (in 2020, their value amounted to USD 7.9 billion). Polish household appliances plants (USD 6.8 billion) and furniture manufacturers (approximately USD 4 billion) also sell a lot on the German market.

However, as the economist notes, the influence of German industry on Polish factories is greater. – These are connected vessels, it can be expected that the troubles of German recipients will be felt first-hand not only by those who deal directly with them. It is enough for their clients to be companies that do it. Thus, they will also feel German problems with gas supply – he points out.

– In the baseline scenario, I assume a weakening of industrial production and an increase in the unemployment rate . More indebted companies will be under pressure also due to rising interest rates. This makes the situation in the Polish industry more and more problematic. Some companies with liquidity problems may go out of business, says the director at Noble Securities.

Light in the tunnel

However, a light winter could save the Old Continent, which will thwart Moscow’s plans. – The weather will decide everything, a light winter will help Europe survive and thus reduce the pressure on industry – he adds.

On the other hand, for Poland it could be good news that some European companies, due to the rapidly growing transport costs and problems with logistics, are looking for suppliers who are closer to them. – Western companies are trying to shorten their supply chains more and more often, which may benefit Polish industry. The question is whether we will be able to remain attractive in terms of price, considering the fact that next year’s energy supply contracts are already around PLN 1,500 MWh – notes Kozłowski.

The economist also expects the government to lend a helping hand. – The upcoming election campaign helps the government to mitigate the negative effects on companies. The fact that he wants to do this can be proved by looking for funds, e.g. through the recently reported taxation of banks – he adds.

Accommodation prices will go up in Poland. Even by nearly 20...

21/06/2022 1
The hotel industry in Poland expects an increase in accommodation prices in the coming months, according to a survey by the Chamber of Commerce...
Go to mobile version