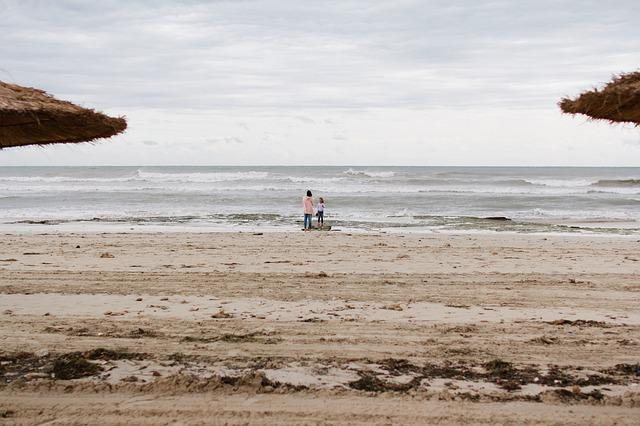 All international and domestic flights were cancelled in Tunisia today in the wake of a nationwide public sector strike in Tunisia. Polish tourists are informed about a lot of chaos, travel agencies ask nervous customers for patience and wait for messages.

All flights to and from Tunisia were cancelled due to a nationwide strike in Tunisia today, thursday. For this reason, no fly out in the morning.

“No messages, I was standing at the reception like a stupid, the transport did not come and I decided to call the resident ….. he said to go back to the room, they don’t know anything and they will let you know” , informs Elżbieta, who was due to depart today at 3:25 Wroclaw.

Journalist Klaudia Zawistowska is also in Tunisia. “ Until 12:00 we have a hotel day with full board (that’s what the resident said) and then we’ll see. Of course, no one answers the emergency number. In my Sun & Fun office, the hotline is open from 9am, so for now I only have a text and email. Rainbow also sent customers a text message about the delay, ”she reports.

Others do not know when they will be allowed to go on vacation. “Does anyone know anything more about the 15:20 flight from Wroclaw to Djerba?” – writes Mr. Wojtek in the commentary on Facebook of the Polish embassy in Tunisia. Mr. Andrzej added: “we were supposed to have a flight at 6:20 am and they postponed the Rainbow office from Poznań to 10:00 pm today and they took one day of our stay”.

The Exim Tours office sent a text message to the customers with information about the strikes. “Following the public service strike, the Tunisian government has issued a temporary ban on flights to and from Tunisia for all airports.

Flights are temporarily suspended pending completion of negotiations between the parties. As soon as we receive additional information, we will provide it immediately. Please DO NOT go to the airport until the next announcement from the office, ”Exim Tours wrote in the message. The office added that flights could resume at any time, meaning the departure could take place within 4-5 hours of the next announcement. Tourists were also asked to be patient and not to call the hotline as there is no additional information to provide.

The Sun & Fun office informed tourists about the delay of the Warsaw-Tunisia Monastir flight. “(…) Check-ins at airports in Poland will be closed until a new flight schedule is obtained. We will inform you about the new timetable as soon as we receive it from the carrier ”- it was written.

The strike is being organised by the UGTT (Tunisian General Labour Union), Tunisia’s largest trade union. It was founded in 1946, it belongs to over a million people. UGTT called on employees of state-owned companies to strike in response to proposals concerning, inter alia, wage freeze and subsidy cuts. Thanks to this, the government is hoping for a needed loan from the International Monetary Fund in the amount of $ 4 billion.

“The strike will be a huge cost to Tunisia,” government spokesman Nasrredine Nsibi said, adding that the union is making demands that the government cannot afford. “We don’t want to make false promises to the union,” he added. UGTT emphasises that the demands are social and economic, not political. This is the union’s first strike since 2018.

This website uses cookies to improve your experience while you navigate through the website. Out of these, the cookies that are categorized as necessary are stored on your browser as they are essential for the working of basic functionalities of the website. We also use third-party cookies that help us analyze and understand how you use this website. These cookies will be stored in your browser only with your consent. You also have the option to opt-out of these cookies. But opting out of some of these cookies may affect your browsing experience.
Necessary Always Enabled
Necessary cookies are absolutely essential for the website to function properly. These cookies ensure basic functionalities and security features of the website, anonymously.
Functional
Functional cookies help to perform certain functionalities like sharing the content of the website on social media platforms, collect feedbacks, and other third-party features.
Performance
Performance cookies are used to understand and analyze the key performance indexes of the website which helps in delivering a better user experience for the visitors.
Analytics
Analytical cookies are used to understand how visitors interact with the website. These cookies help provide information on metrics the number of visitors, bounce rate, traffic source, etc.
Advertisement
Advertisement cookies are used to provide visitors with relevant ads and marketing campaigns. These cookies track visitors across websites and collect information to provide customized ads.
Others
Other uncategorized cookies are those that are being analyzed and have not been classified into a category as yet.
SAVE & ACCEPT
MORE STORIES
00:00:20
Finance

The Zloty dropped and the National Bank of Poland had to...

05/03/2022 0
The zloty on Friday once again dropped against the euro to levels not recorded since 2001, and The National Bank of Poland confirmed that...
Go to mobile version