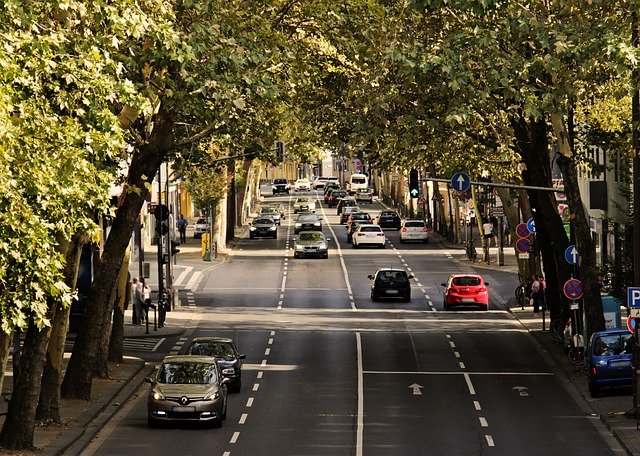 Many changes for drivers in Poland are coming up. From June 17, insurers will have access to the database with driver offences, from July, new equipment will be mandatory in new cars, and new fines will apply in September. These are the next changes for drivers, and the European Union is already preparing new ones.

The coming days and months will bring some significant changes for drivers and their wallets. The first of the new products will come into force on Friday, June 17th. Insurance companies will gain access to fines, and from this there is a simple way to make insurance rates dependent on the number and scale of offences.

“If someone is driving a red light, although he has not had an accident, it is known that he is not a safe driver. Likewise, if someone is caught speeding multiple times. Such people should pay more for third party liability insurance”, explained Łukasz Kulisiewicz, an expert of the Polish Chamber of Insurance, in an interview.

“We are not talking about increases of 20-30%, but a few times greater. I expect that the biggest pirates will have to pay even 15,000 for the third party liability insurance. PLN or more” estimated Marcin Broda, editor-in-chief of “Dziennik Ubezpieczeniowa”.

On July 6, an EU regulation will enter into force , which requires several mandatory systems in new cars. Each car, in order to obtain approval, will have to have advanced electronic systems installed. We are talking here about, for example, ISA, i.e. intelligent speed assistant .

How does such a system work? In short: it monitors how fast the driver is driving and can automatically reduce speed, for example, in the most advanced versions. Usually, however, it simply tells you that you’re driving too fast. Auto Świat wrote more about this system a few months ago.

But this is not the end. Another of the mandatory systems for new cars will be the so-called black box. It is designed to function similarly to a device installed in airplanes and to record many elements, e.g. speed, use of the brake, seat belts or the operation of airbags. All this so that in the event of an accident, the services could easily determine its causes.

Changes in seats in September

From September 17, new mandates for recidivists will come into force (the so-called double mandates). In short, for a repeated offence within two years, the driver will pay a double rate.

As “Auto Świat” wrote, the legislator provided for new tickets with double rates in the case of the most dangerous offences. They include:

The changes may also apply to penalty points. They will only “erase” after two years, not after one year, as is the case today. And this period will not run from the moment the ticket is issued, but from its payment. So it will pay off as soon as possible.

The end of internal combustion cars is coming

The European Union already has more far-reaching plans. She has recently put a cross on combustion cars. In the text adopted, which is Parliament’s position to be negotiated with Member States, MEPs support the Commission’s proposal to achieve zero-emission road mobility by 2035 (a target for the entire EU fleet to reduce emissions from new passenger cars and light commercial vehicles by 100%). percent compared to 2021).

The interim emission reduction target for 2030 would be set at 55%. for passenger cars and 50 percent for vans.

It is possible that there will also be additional levies on the way to discourage the emission of exhaust fumes. There have even been suggestions that not only motorways will be tolled, but also expressways. This, however, was strongly denied by the government.

However, the possible financial burdens for owners of internal combustion cars are still in the game.

“When it comes to further reforms to increase the attractiveness of electric cars – because it is in this context that should be considered “these are some of the elements that are announced as elements for debate and discussion, in what area and in what dimensions such activities would be undertaken”,  explained government spokesman Piotr Müller.