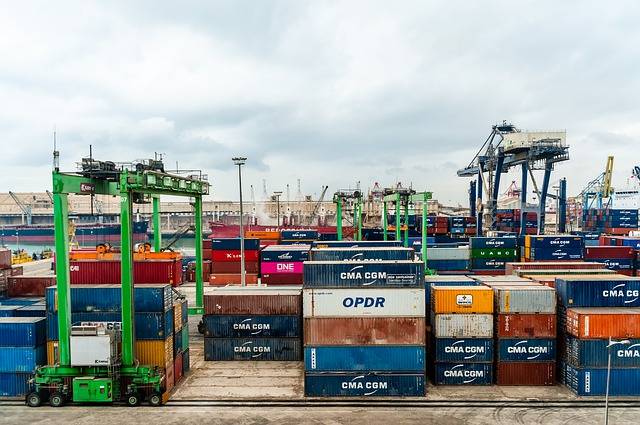 Imports from Russia to Poland are still very high despite sanctions. PLN 38.9 billion – this is how much goods imported from Russia to Poland were worth in the first four months of 2022, according to the latest GUS data. Only Germany and China are Poland’s more important trading partners.

According to the latest GUS data, in April this year. the value of goods imported from Russia to Poland amounted to approx. PLN 9.5 billion. This is slightly less than in March (PLN 12.2 billion – definitely the highest result in years)  and February (PLN 9.6 billion), but more than in January (PLN 7.6 billion).

Russia exports a lot to Poland

In total, goods worth about PLN 38.9 billion from Russia came to Poland in the first four months of 2022. It can be estimated that from the moment the Russians invaded Ukraine on February 24 until the end of April, the value of imports to Poland from the country ruled by Putin is over PLN 23 billion.

This nearly PLN 39 billion is a value more than one hundred percent higher (exactly 104.6 percent) than a year ago in the same period. In 2021, in the period January-April, the total value of imports from Russia to Poland amounted to PLN 19.1 billion.

At that time, Russia was the fourth most important import destination for Poland – behind Germany, China and Italy. Now Russia has already jumped the Italians and made it to the podium. In the period of January-April 2022, we imported from Germany goods worth PLN 108 billion (a jump by over 23% year on year), from China worth PLN 78 billion (increase by 40%), from Italy worth PLN 25, PLN 2 billion (nearly 19 percent more than the year before).

Behind the significant increase in the value of imports from Russia is, among others, a jump in the prices of energy commodities from Russia: oil, gas and coal. The embargo on Russian coal did not come into force until the second half of April this year, and the gas tap from Russia was closed at the end of April.

When in May the opposition raised the topic of the record value of imports from Russia to Poland (at that time it had data until March this year inclusive), the then vice-officer of PiS (now a spokesman), Radosław Fogiel explained that “Poland is a country with a market economy and decisions regarding the activities of its enterprises their owners make themselves “. He added that “they are mostly private companies”. In turn, the head of the Government Analyses Centre, Norbert Maliszewski, said that “the quantity of goods imported from Russia has practically not changed, only their price”.

Volkswagen suspends work at two Polish factories because of the war

03/03/2022 0
The Volkswagen manufacturer confirmed that from March 10, it would stop work in the factories located in Poznań and Września. It is not known...
Go to mobile version