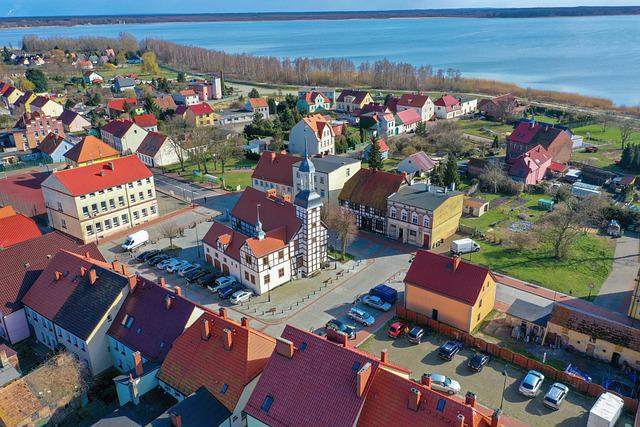 Whoever does not declare what heats his or her house or apartments with, will get penalties of up to PLN 500 by the end of June – experts of the GetHome.pl portal remind. It seems that many building owners and managers are ignoring this obligation.

The owners and managers of all buildings had 12 months to submit the declaration “on the used heat sources and fuel combustion” to the Central Emission Register of Buildings (CEEB). At the end of last year, however, we pointed out that they are not eager to do so. And it was indicated by the very slow pace of registration of heating sources – says the expert of GetHome.pl portal Marek Wielgo.

The data obtained by this portal from Geoportal.gov.pl show that there are over 6.2 million residential buildings alone in our country. Meanwhile – as reported by the General Office of Construction Supervision (GUNB) – after four months, CEEB received approx. 440 thousand. CEEB declaration.

Of course, today these statistics look much better, because GUNB says about 4.2 million declarations, of which about 4 million concern single-family and multi-family residential buildings as well as collective residence buildings, i.e. hotels, guesthouses, dormitories and holiday homes.

GUNB runs the “Ranking of Municipalities” from which we can find out how many declarations are submitted in individual municipalities. It turns out that, for example, in the Prochowice commune in Lower Silesia, 112 out of 1934 building owners made a CEEB declaration, i.e. only 5 percent. In Otwock near Warsaw, this percentage is only 15 percent.

At the other extreme, there is the Lower Silesian commune of Zawidów, where 91 percent are buildings is included in the Central Emission Register of Buildings.

“It is rather unlikely that all building owners and managers will register their heat sources by the end of June. Perhaps not everyone is aware that it is not only about boilers or stoves, but also the so-called goats and boilers” comments the GetHome.pl expert.

According to him, the general ignoring of the obligation to register heating sources may also mean that the government has failed to convince Poles that thanks to the information collected in CEEB it will be possible to fight smog and energy poverty more effectively. Let us remember that – according to Eurostat – over 3 percent. inhabitants of our country cannot afford to adequately heat their houses and flats.

No entry in the CEEB – what penalties?

Unfortunately, most probably some of the owners of heated houses, the so-called smokers, don’t want to come out. Burning rubbish, including various types of plastic, is a popular method of “domestic disposal” in our country.

Those who do not submit the declaration within the statutory deadline must take into account a fine of up to PLN 500 , which is imposed pursuant to the Code of Conduct in misdemeanour cases. In the event of refusal to accept a penalty notice from a police officer or city guard, the case will go to court, and then the fine may be even ten times higher.

However, it is worth adding that the fine will not be imposed automatically. The act introduces the possibility of applying the so-called active regret. The point is that the penalty will be imposed on those who manage to make the declarations before the head of the commune, mayor or city president learns about the offence. “In practice, therefore, it can be expected that officials will “remind” of the obligation to submit a declaration before issuing a ticket,” believes Marek Wielgo.

The declaration can be submitted to the commune office in paper form or online. Those who have chosen the first option, and are not able to confirm their identity on the Internet (e.g. using a trusted profile), can check the status of their declaration in the system. GUNB has just launched a new e-service “Check your declaration”. It makes it possible to obtain information whether and when the declaration was entered into the CEEB database (in the case of a paper declaration, municipal officials have as much as six months to do so).

In the buildings registered in CEEB so far, boilers, stoves and cookers are fired with solid fuels, i.e. coal.

Worse, more than 80 percent solid fuel boilers (below the 5th class) do not meet modern carbon dioxide emission standards (they have not been available for sale for nearly four years).

20/06/2022 0
On average, by 5 sq m. over the last three years, the average floor space of apartments offered on the primary market in Warsaw...
Go to mobile version