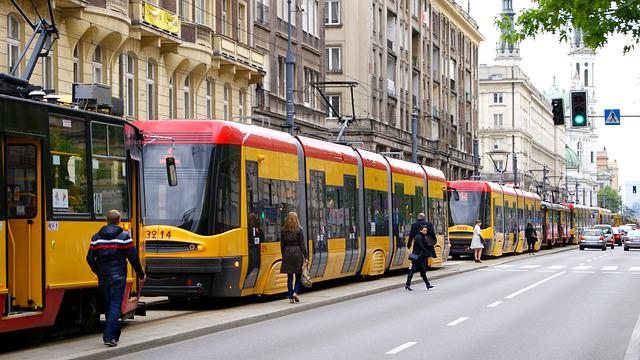 In just a month, more expensive travel around the city with trams and buses awaits passengers in Lublin and Olsztyn. In the capital of the province of Lublin, the increase amounted to approx. 10 percent. Both the occasional bus users and those who buy single-travel or time-limited tickets, as well as those travelling around the city on the basis of season tickets, will pay more.

The increase will also affect the holders of the Lublin City Card, i.e. people who settle taxes in Lublin.

Only season tickets will increase in price in Olsztyn. The price increase will range from 20 to 25 percent. Thus, the rates will return to the level before the reduction in mid-2017. Higher prices of single tickets were paid by Olsztyn officials and councillors to residents at the beginning of 2022.

Possible increases in the public transport price list are suggested by the Warsaw authorities. According to “Gazeta Wyborcza”, officials from the Public Transport Authority are already preparing simulations on the basis of which the Warsaw authorities will decide on the amount of pay rises.

June 1, travelling in Gdańsk by public transport is more expensive. In a month’s time, the residents of Lublin and Olsztyn will have to pay raises, and soon they may be shared by the inhabitants of Warsaw. Residents of smaller cities are also struggling with rising ticket prices. Local government officials argue for increases  in fuel and electricity, as well as with the “Polish order”.

The more expensive gasoline and diesel fuel keep drivers awake at night . The growing prices of fuel and electricity mean that trams and buses travelling around Polish cities must reach deeper and deeper into their pockets.

Increases are entering other cities

From June 1, residents of the Tricity pay more for public transport tickets. The increase was approx. 10 percent. In Gdańsk, you now have to pay PLN 109 for a personalised monthly ticket (instead of the previous PLN 99), and in Gdynia –  PLN 94 (instead of PLN 86).

Instead of an hourly ticket costing PLN 4.40 until June, a 75-minute ticket for PLN 4.80 was introduced. From June, however, you cannot buy a cheaper one-way ticket (PLN 3.80).

Trams and bus tickets up in Warsaw as well

The mayor of Warsaw also supports the increase in prices.

“must admit that with the galloping inflation and the rise in the prices of all media, the increases are justified to a very small extent. First of all, the prices of one-way tickets”, says Rafał Trzaskowski, quoted by Gazeta Wyborcza.

Soon also residents of smaller towns will pay more for commuting to work and school. The increases will come into force in the coming months, among others in Koszalin (+31%) and Pabianice (+33%). Interestingly, residents of Pabianice who have cars and at the same time the Pabianice Card, i.e. those who settle taxes in the city, will be able – regardless of age – to ride on the basis of discount tickets.

Returning to voivodeship cities, for several months now Łódź residents (from March 2022) and Bydgoszcz residents (from January 2022) and  Wrocław residents (from September 2021) have been paying more for tickets. In the capital of Lower Silesia, however, the increase did not apply to residents paying PIT tax in the city and people with their residence in Wrocław. At the beginning of 2021, tolls increased in Kraków, and two years ago in Poznań.

The changes in price lists unfavourable for passengers were then explained by the desire to mobilise residents to abandon their cars in favour of more frequent use of public transport and buying season tickets, paying personal income tax in the city, as well as the losses of local governments after the introduction of the “Polish Deal”.

The last argument raised was, inter alia, by the authorities of Łódź, according to which the flagship program of the Law and Justice government will cost the city PLN 300 million a year, and higher ticket prices are to reduce the budget deficit estimated at PLN 470 million, although only slightly.

Interestingly, Szczecin broke out of the upward trend, where on April 1, 2022, a reduction in the prices of season tickets was introduced.

Who is the cheapest and who is the most expensive?

But how does the comparison of public transport ticket prices in the largest Polish cities fare? As not only prices differ in each of them, but also the time that entitles you to use individual tickets, in our analysis we have introduced a minute (in the case of short-term tickets), hourly (in the case of daily tickets) and daily (in the case of monthly tickets) conversion factors. Taking into account the cheapest tickets, which usually entitle them to travel for 15 or 20 minutes, and in some cases for half an hour, the inhabitants of Szczecin pay the least per minute (PLN 0.13). You have to pay less than PLN 0.20 per minute of driving in Bydgoszcz and Warsaw. The most – PLN 0.27 – is paid by people travelling around the city by public transport in Poznań.

In Szczecin, due to the April reduction, you also pay the least for daily and 30-day tickets – PLN 0.42 per hour and PLN 2.67 per day, respectively. The purchase of a daily ticket per hour is the least favourable in Gdańsk (PLN 0.75). Despite the recent increase, the residents of Gdańsk paid relatively little for 30-day tickets (converted into PLN 3.63 / day).

In this case, however, we are talking about standard 30-day tickets. The residents of Krakow, Wrocław, Lublin and Warsaw can pay less, provided that they pay PIT tax in these cities. In the capital of Lower Silesia, an additional promotion is waiting for people who will register in this city on the Odra River.

27/04/2022 0
The published regulation of the organisation of flights after May 1 shows that the Chopin Airport and LOT Polish Airlines have priority for connections....
Go to mobile version